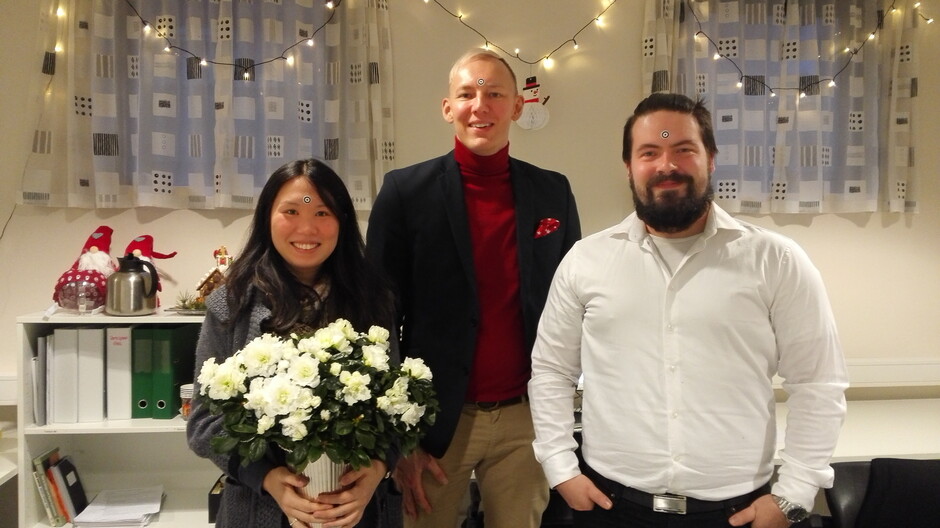 The Experimental Linguistics Lab at UiA was officially opened just a year ago. We were part of its pilot project, collecting data on accent proficiency in Norwegian speakers of second language English.

We worked as research assistents on the experimental lingustic project Language proficiency and processing of English as a second language.  We were Master students that were just finishing up our Masters in English linguistics when we heard about this research assistant oportunity and the timing could not have been better. Both professors Wetterlin and Wheeldon, who have set up an experimental linguistics lab at UiA had been our supervisors for our Masters projecs and we were very eager to learn more about the research and to help out.

The project is a pilot project looking at accent proficiency in Norwegian speakers of second language English. We had the oportunity to be involved in almost every step of the way. The objective of the project was to look at a group of native speakers of Norwegian with reasonably good proficiency in English in order to see if we could find any background factors that were linked to the degree of foreign accent in their English production, and their overall English proficiency. The first step was to create a battery of tests, which included a number of standardised tests that were adapted specifically for native Norwegian speakers. The battery of tests provided us with an extensive background data, including proficiency data on speech, reading, spelling, phonological memory and sound manipulation.

The participants were mainly recruited throughout the university, and they were compensated for the time they spent with us. We spent several months testing, and were also trained in eye tracking in order to also be able to collect data for a parallel project on sentence processing. The actual analysis of the very extensive data was the only step that we were not involved in, nonetheless, we did get the chance to help to evaluate and interpret the results.

Working on this project has given us valuable experience in experimental work in all its stages. Our supervisors have had a very hands-on approach and included us every step of the way in this language experiment, which has given us a completely new understanding of the previous experimental material we have read and worked with. The data collected primarily focused on accent production, but it also holds possibilities for a number of other studies on bilingualism and language proficiency.

It has been a great experience to do research in such a novel way and we feel very fortunate to have come out of it with not just  with a degree, but also with valuable skills for doing further research.