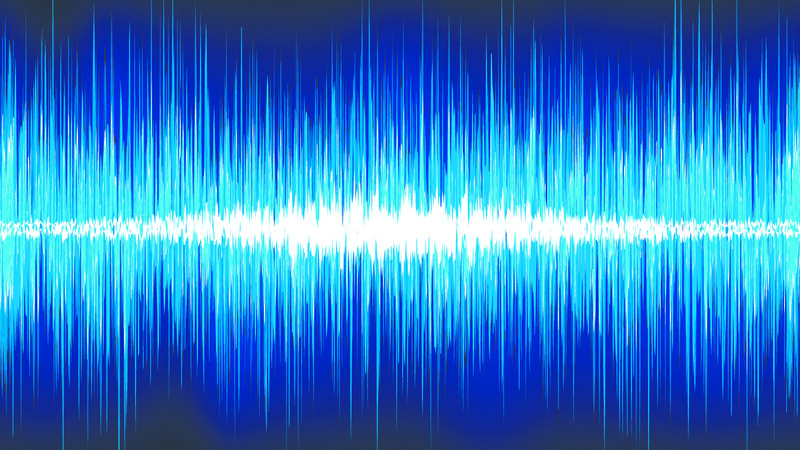 Electronic music production and sound design, one of the most competitive and “promising” field in popular music education and music industry in general, has in recent years developed both simple and advanced tools which in many ways has revolutionized the music industry. This has enabled us to create, manipulate and blend into a number of elements, which in today’s music productions are used within electronic music and sound design, often emphasizing new artistic directions and modes of expression. The boundaries between composer and musician, between creative and re-creative, are often indistinguishable in our time.

Work within this field applies a wide range of advanced concepts and techniques, which in turn has opened up a wide range of career possibilities. The electronic music represents much of the contemporary within music life and industry.

To be present as an updated actor with contemporary relevance, we offer practice- and research-based teaching in this segment. The continuous update of this subject will be a necessary part of the renewal that underlie the educational programmes that our department offer, as a counterweight to the museum touch that established institutionalization can bring. The need and the necessity for increased knowledge about this part of our musical culture is in our opinion essential for an offensive strategy and positive development of the Department of Popular Music, both within artistic and scholarly research.

The research group has developed a new research project to The Norwegian Artistic Research Programme in the music and technology field – Breaking out of the loop: Extending improvised Live Sampling with the Faculty of Engineering and Science as a partner. The project also has a potential in relation to EU funding both within the arts and education field, which we are already beginning to develop. Here it is also worth noting that The Faculty of Fine Arts has facilities, technology and equipment of the highest class internationally.

A seminar on surround and immersive music making by Zachary Bresler, University of Agder.

Existing and emerging technologies for immersive and interactive media open up many new possibilities for music recording and production. However, there are many barriers to entry in these new technologies related to the challenges of access and the steep learning curve that many artists perceive. Here we attempt to address both of these barriers for musicians, producers, and mixing engineers while giving an overview of aesthetic considerations when making music in immersive format. In this workshop, Zachary will unpack the basic foundations of music production and post-production in surround and immersive formats. He will do so by first unpacking for the students a broad overview of extra-stereo formats including quadraphonic, Dolby surround, ambisonics, and binaural. Examples will be played and trends regarding music production and mixing methods will be analyzed. Then, Zachary will introduce a music production method he has developed that combines aesthetic approaches from stereo popular music, ambisonics, electro-acoustic installation and performance, and contemporary art music. This music production framework, which he refers to as the isotropic approach to immersive music production, can then be applied to work that has been recorded or produced by the students in an open-format collaborative mixing session.

This workshop will be presented using Ableton Live and the freely available ambisonic tools for Live called Envelop. However, the techniques described here are not exclusive to this software and can be applied also using open-source tools such as the Ambisonic Toolkit for Reaper and the VST tools in the IEM Plugin Suite.

Prerequisites: Students in this workshop should be familiar with the basic functions of a digital audio workstation (DAW) and have some knowledge about the basics of music recording and production.

Technical Requirements: A surround sound system (minimum 5 speakers), and a projector. Students who wish to bring multi-tracks for the second half of the workshop should bounce their stems to WAV (44.1k, 16bit) and bring them on a USB stick or external drive.

This project has derived from a PhD-project basically grounded on the idea of honing electronic soundscapes against an acoustic sound environment. The electronic sound source is an electric guitar treated with sound manipulative tools such as linear guitar effects and a computer with Ableton Live. A well of possibilities, creatively and sonically, opened up when an exclusive opportunity to work with Kristiansand Symphony Orchestra (KSO) came about. Although, I had participated as a session guitarist with KSO, the experience with composing for an orchestra was totally new to me. The learning curve became steep. Four different strategies for composing were implemented. The strategies are presented in the coming dissertation for this project.

Furthermore, the recording took place at Kilden, the orchestra’s own concert hall which also serves as a studio, where the control room is placed backstage. The recordings were edited later on in my studio, Garden Audio Lab (GAL). Additional recording, adding electronic soundscapes with the guitar, also took place at GAL. After that, all the tracks were exported to Punkt Studio, owned by Jan Bang, for further editing or sculpturing, to be more precise. The results can be heard on an album later, yet with preliminary unknown release date. Moreover, in the aftermath, one of the orchestral compositions was re-written and reduced for piano and electronics, as an extension to the original piece. It was performed by Lars Kristian Lia (live electronics), master student at the University of Agder (UiA), and Mariam Kharatyan PhD research fellow (UiA). The recording took place in the concert hall at the university, engineered by Roald Råsberg. The concert hall has implemented lines to the control room at Studio A, the university’s own high-end studio facility.

As a PhD student, it had a great significance to me being able to participate and contribute to the research group.

Music and environmental sounds combine in the magnificent gardens of Felbrigg Hall to create a listening garden.  Visitors are invited into the music and natural architecture, to play the garden, stroll or recline with friends and strangers.

If you are in the University's reception hall, the so-called "Vrimlehallen", and feel nature calling, you will find that the hall's associated toilet has some special properties.

In electronic sensory contact with door locks and sinks, a Mac controls sound and light in the room, for both pleasure and maybe, a little disturbance.

Requests for artistic contribution may emerge from unexpected places, for use in unexpected contexts. Jan Bang and Jo Brodtkorb received an inquiry from Stasbygg's Tor Vidar Lian if we could create something extraordinary in connection with the upgrade of the Vrimlehallen which took place some time ago. Project manager Gunnar Nordlie endorsed and secured funding from the University's reserves.

The idea of ​​adding sound to a toilet can bring one to many peculiar thoughts, but we agreed early on that we wanted to create a musical work with indisputable artistic qualities. By mixing the high, represented by the music, with the low, represented by the function of the room as a toilet, the work gets a certain conceptual function, not entirely without humour. One can say that the work reflects Duchamp's "The Fountain", in that it places art to the lowly room, the opposite act of Duchamp, when he put the lowly urinal on display in the art gallery. The common interpretation of "The Fountain" is that it shows art's contextual dependence, that everything can become art if placed in the right social framework for artistic display. If our work is able to problematise this claim, we have achieved what we wanted.

The installation has 16 speakers placed over a submerged ceiling at regular intervals along the edge of the ceiling. The software that controls the sound location uses 3 different modes that can be used simultaneously. One mode for filling the room, one for precise point placement, and one for moving sound. The software defines the space as an instrument with both strengths and some limitations, in an effective combination that has proven to provide good musical results.

The installation "Small Deposits", described above, has formed the basis for a project in the field of artistic research where students and teachers jointly research. Jan Bang and Jo Brodtkorb lead the project, exploring the installation as a composition tool, as a modifiable piece of technology, and as an object for reflection on art experience.

In the second part of the project, the students take over the installation, with their own compositions and custom adaptations of the software that control how actions in the room are related to the audio. Each student's composition has a duration of two weeks and is thus exposed to at least a thousand visitors.

The design of the project has provided ample opportunity for reflection, dialogue and collaboration in the field of musical expressions and technology.

In the workshop concerts of the series ›Checkpoint‹, Ensemble Modern explores the boundaries between contemporary music and experimental positions from other musical traditions. After encounters with electronic club music and Japan’s musical culture during the last episodes, on April 9, 2019 the Norwegian musician and producer Jan Bang will make a guest appearance at the Ensemble’s residence in Frankfurt’s Ostend. Through groundbreaking collaborations with artists such as the double bass player Arild Andersen, the trumpet player Arve Henriksen or the pianist Tigran Hamasyan, Jan Bang has established himself as one of the most fascinating live electronics artists in contemporary jazz. Subtle electronic overlayering of instrumental sounds, live sampling and especially pre-composed material enable glittering sound sculptures to arise, apparently suspended in space. Together with Erik Honoré, Jan Bang is also the founder and co-director of the festival ›Punkt‹, which takes place annually in Kristiansand and unites live electronics and jazz in many different formats – especially in live remix, in which sampled sounds from an instrumental concert are reconstituted during a subsequent electronic performance. One of these live remixes already brought Jan Bang together with Ensemble Modern in 2013 at the ›Frankfurter Positionen‹. For the next edition of ›Checkpoint‹, he joins Ensemble Modern members for the first time for joint improvisation.

Funded by the Deutsche Bank Stiftung.

The masterpiece of early cinema, Eisenstein’s 1925 Soviet classic Battleship Potemkin finds its new sound with Opera North’s 2017 commission, marking the centenary of the Russian Revolution and also to honour the wish of Eisenstein himself, who hoped the score would be rewritten every 20 years to retain its relevance for each new generation.

The film will be screened with Norwegian electronic musician and producer Jan Bang and Matt Calvert (Three Trapped Tigers) performing the score live with guitars, electronics and found sounds which are utterly fitting to the scenery, intensifying Eisenstein’s phenomenal imagery.
Commissioned and produced by Opera North Projects.