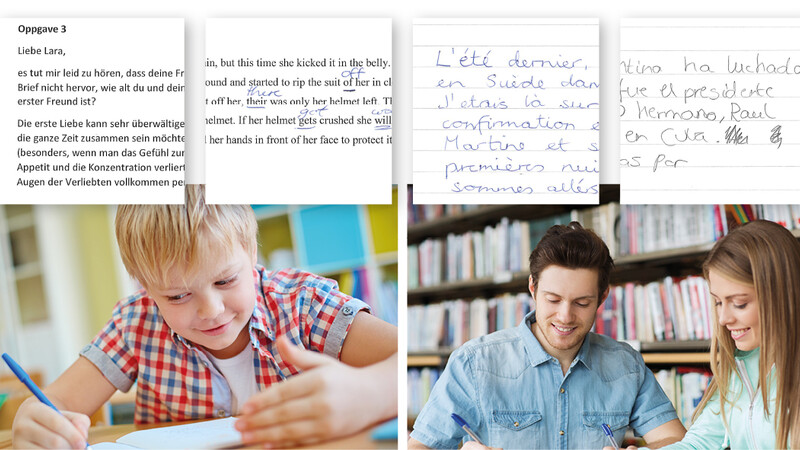 TRAWL-UiA is part of TRAWL, a Norwegian research group investigating second and third language writing development through a corpus of authentic pupil texts from Norwegian schools.

The aims of the TRAWL research group is to explore the development of Norwegian pupils’ writing skills in their second language (L2), English, and the three most frequently chosen third languages (L3s) in Norwegian schools, French, German and Spanish. The investigation is based on authentic pupil texts written as part of regular school work, and involves the construction of a large corpus of learner texts.

Texts are collected from years 5–13 for English and years 8–13 for French, German and Spanish, and compiled into a genuinely longitudinal corpus. Versions with teacher comments are available for many of the texts, and Norwegian texts are also collected from some of the students to enable comparisons between L1, L2 and L3. The texts are annotated following the TEI conventions and the annotation includes metadata describing the pupils (age, gender, language background, etc.) and texts (format, task conditions, etc.). Part of the corpus will be annotated for genre (English texts only). The corpus will be made available for other researchers, teachers and teacher educators upon completion, with the view to providing data for further studies, as well as material for teaching and teacher training. The corpus will be searchable through the Glossa search interface, created by the Text Laboratory at the University of Oslo.

The TRAWL project is underpinned by a functional and usage-based understanding of language, shared by cognitive and emergentist theories of language learning. The project focusses on development of within the following areas:

Although it is widely acknowledged that all the languages of an individual can influence each other and should be seen as an interconnected system, there is still little research on the development across all the languages of a learner. At the present, our attention is therefore also turning to the interaction between L1, L2 and L3 over time.