This in-depth field is designed to strengthen your competence and skills for future work as an orchestral player, auditioning successfully for orchestral positions and freelancing in the orchestral field.

UiA’s closest partner is the Kristiansand Symphony Orchestra (KSO) and the Kilden Performing Arts Center.  A unique agreement between the institutions ensures that you as an Orchestral Artistry student is offered orchestral internships in the KSO.

You will have lessons on your main instrument and join individual performance and ensemble activities. In addition to the solo repertoire, there will be a special focus on the orchestral audition repertoire. Seminars, workshops and projects as well as rehearsal training, study skills and orchestral playing will round up the programme.  Additional topics will be score reading, repertoire knowledge, physiology, interpretation and performance practice.

The teaching staff at the Department of Classical Music and Music Education, and group leaders and musicians in solo positions (wind and strings) in the Kristiansand Symphony Orchestra, will be responsible for the instrumental teaching. 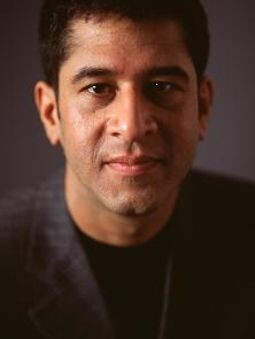 Conductor and composer Rolf Gupta is Professor at the Department of Classical Music and Music Education. Gupta was the artistic leader and chief conductor for the Kristiansand Symphony Orchestra and Opera Sør from 2005–2013. He has held the same positions in the Norwegian Broadcasting Symphony Orchestra KORK from 2003–2006. He was the artistic leader for MAGMA2002 Berlin and De Internasjonale Kirkefestspillene in Kristiansand, 2000–2008.  Gupta was awarded the Norwegian Critic Award in 2006 and the Norwegian Grammy, Spelemannsprisen, in 1999, 2010, 2013 and 2015. One of his many recordings was nominated for the Gramophone Awards in 2012. He leads national and international orchestras and is a merited opera conductor. As lecturer and conductor Gupta has visited the Royal Danish Academy of Music, the University of Gothenburg, the Sibelius Academy, the Norwegian Academy of Music and the Grieg Academy. He has extensive experience from working with youth orchestras, including Ungdomssymfonikerne and Orkester Norden (“The Nordic Youth Orchestra”). Gupta earned his degrees as cantor, composer and orchestral conductor at the Agder College of Music  (now University of Agder) in Kristiansand, the Norwegian Academy of Music, Sweelinck Conservatorium in Amsterdam and the Sibelius Academy in Helsinki. Alongside his Professorship at the University of Agder, he is an active freelance composer and conductor. 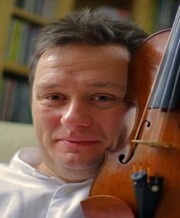 Adam Grüchot has been Professor of Violin and Head of Strings at Institute of Classical Music and Music Education – the University of Agder for over a decade. He holds the position of 1st Concertmaster of the Kristiansand Symphony Orchestra. He appears frequently as guest leader and Concertmaster with other Scandinavian orchestras - the Trondheim Soloists, the Stavanger Symphony Orchestra, the Jönköping Sinfonietta and others. He regularly gives masterclasses in Norway and abroad – and has been Violin instructor for Orkester Norden  (“The Nordic Youth Orchestra”) for many years. Adam started playing the violin at the age of seven in Bydgoszcz. He was educated in Poland under major influence of famous teachers and violinists like Pawel Radzinski, Viktor Pikaizen and Piotr Janowski. As a soloist and chamber musician Adam has performed in most European countries, the United States, Asia and South America. Grüchot plays on an 1828 G.F. Pressenda “the Bellarosa” violin, kindly provided by Stiftelsen Sparebank Sør Instrumentfond.