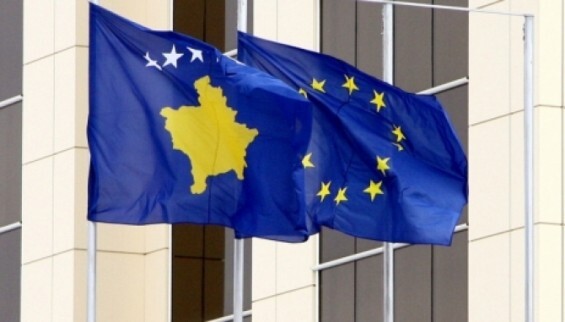 I have had the opportunity to conduct several semi-structured interviews with representatives from non-governmental organisations (NGOs) in Kosovo as well as representatives from EU and Brussels-based NGOs with the aim of exploring the EU’s external governance in the Western Balkans. This is part of an exploratory research project at the Department of Political Science and Management (in close collaboration with the University of East London).

I have conducted several semi-structured interviews with representatives from non-governmental organisations (NGOs) in Kosovo as well as representatives from EU and Brussels-based NGOs with the aim of exploring the EU’s external governance in the Western Balkans. This is part of an exploratory research project at the Department of Political Science and Management (in close collaboration with the University of East London). In several countries of the Western Balkan, in particular in contested ones like Kosovo and Bosnia-Hercegovina, the prospect of future EU membership constitutes a key element of national foreign policy and state-building. According to the European Commission, non-governmental and civil society organizations (NGOs/CSOs) are key in state-building efforts in Kosovo. However, at the same time, NGOs and CSOs have been accused of establishing parallel institutional structures rather than supporting the establishment of autonomous and functioning institutions. How does the EU ultimately deal with this dilemma? The purpose of this project has been to establish a picture of the NGO and CSO activities in Kosovo, and to assess the effects of NGOs and CSOs on policy-implementation and state-building.

This project has helped me gain much needed insight on NGO and CSO activities in Kosovo and how they conduct their work. The semi-structured interview questions focus on NGOs/CSOs as actors for change, NGOs/CSOs and democracy promotion, positivie and/or negative effects triggered by EU funding, EU monitoring, application processes, and the essentiality of NGOs/CSOs in state-building processes. I will further mention some of the issues I have learned more about while working on this project. NGO/CSO representatives both in Brussels and Kosovo tend to disagree on the role and effects of NGOs/CSOs on policy-implementation and institutions of state-building. Some representatives agree that the application processes one has to complete in order to achieve funding are to technical and bureaucratic, which often leads to the exclusion of small glass roots organizations which do not have the capacities to compete. Larger organizations with more resources are the ones which benefit most from EU funding. However, others tend to disagree, and claim that the EU has started to devise instruments that are specifically ment to bring assistance

closer to grass roots organizations. It has been claimed that NGOs/CSOs have to readjust their interests in order to compete for EU funding. Sadly, most NGOs/CSOs i Kosovo compete with one another, instead of cooperating. CSOs want to gather as much funding as possible, and instead of becoming experts in a particular issue/area, they continue becoming umbrella organizations that are less specialized. Further, some representatives claim that not all projects tend to meet the needs of the country concerned. Each donor has evaluation committees. Evaluation committees are made up of people, and people tend to have vested interests, and also personal contacts. Therefore, members tend to push a certain project through as this is a friend’s project or a favourite idea of theirs. This is according to NGO/CSO representatives very dangerous, and leads many to discredit the work of Civil Society. Representatives from NGOs/CSOs agree that there are both negative and positive effects of EU funding to NGOs/CSOs. A positive effect is that the EU normally gives out the largest grants, and that these grants have the largest visibility. The negative effects, according to representatives, tend to be that funding is often politicized and compartmentalized. E.g. in Kosovo, millions of funds go into the North, and most representatives think that the EU is expecting miracles with the Serbian community. Instead of fostering cooperation in already diverse areas, they are creating a buffer in the Northern Municipalities, by funding areas which are incredibly mono-ethnic. When it comes to implementing projects, representatives from NGOs/CSOs mention a few obstacles, such as historical barriers, justice, social relations (sex, gender, marriage) and the older generations. Most representatives agree that NGOs/CSOs are a crucial part of democracy and state-building, especially organizations at the grass roots level, and that NGOs/CSOs can create a dialogue that is necessary to move forward as a country. They can also encourage scrutiny, free-press, and other initiatives, but in the end most NGOs/CSOs believe that the fulfilment of chapters of accession to the EU is almost entirely on the hands of central governments.

Being a part of this project has been very interesting. Conducting the semi-structured interviews in Kosovo and Brussels was a special experience. I learned a lot, not only about the project, but also how to conduct interviews in the best possible way.