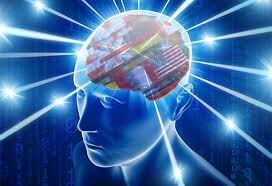 The main author of this article is Erik Lankut, MBA student, the co- author Nooria Yari MBA student, and the supervisor, Dr. Ilan Alon, Professor of Strategy and International Marketing at the University of Agder.

This project started as an idea for master thesis by Erik, to be submitted in spring semester 2016. Erik wanted to do a bibliometric meta-analysis on this topic as it hasn’t been done before. Prof. Alon saw this article as highly potential for submitting to a respective journal and to be presented in a conference. Therefor he combined our team, and thus we began to write the article together.

In a rapid globalized world, culture interaction has become heavily standardized in different kinds of jobs and professions. The rapid development of globalization has led to a common practice of working and encountering foreigners either in a professional or personal setting (Alon et al. 2016). Despite the fact globalization have been existed for long, the following research within global interactions and factors are relatively new, in particular the concept of Cultural Intelligence. Cultural Intelligence (CQ) is relatively a new concept that was first described by Cristopher Earley and Soon Ang in the book Cultural Intelligence: Individual Interactions across Cultures. Earley and Ang (2003) describe CQ as the ability to adapt and to become effective to cultural differences and interactions across cultures. CQ explains the individual’s ability and capability of processing information in culturally diverse settings before adapting to a new cultural context. The cultural intelligence is a separate form of intelligence that is distinguishable from social intelligence (Earley & Ang 2003).

Our research is based on bibliometric citation meta- analysis. The method of Bibliometric citation analysis can be considered as “meta-review” of a certain literature. Understanding the principles of citation analysis provides the foundation to attempt to answer research questions being posed in this study (Kim & McMillan, 2008). ). Used in many disciplines, the analysis gives an overview of the connection between and among articles for a certain topic or by the amount of co-citations by published authors (Fetscherin & Heinrich 2015).

We chose to search for articles that appeared after 2003 and up to date, while the sample itself was extracted at the end of September month 2016. Our main contribution was to highlight the most cited articles and the most influential authors within the concept of Cultural Intelligence. Our research evaluates highly cited published articles and journals, thus introducing research agenda in the following section. From the ISI Web of Knowledge, 361 articles in both collections have been identified, where 261 articles in total had referred to Earley and Ang’s work (2003) on cultural intelligence. Key disciplines of the 361 articles are management (28%), Psychology (11%), Business (10%), Culture (10%), Human Resource Management (HRM) (10%) and Education research (9%). The vast options of key disciplines reflect the conceptual concept applying much interdisciplinary research. Results display huge variety of institutions that has led on the research on cultural intelligence. Most of the research-leading institutions are located in the US, UK, People’s Republic of China (PRoC), Australia, Singapore and Germany.

Our results from the HistCite analysis aims to help answering our question of most cited published works. Further research on cultural intelligence helps future leaders and managers to further understand the importance of acknowledging different cultures and how different behaviours can impact the profitability and efficiency of the work force and team-work within business environment.