Centre for Integrated Emergency Management (CIEM) at UiA is involved in two EU projects that are now granted 38 and 179 million NOK. The projects will make relief work in emergencies safer and more efficient. 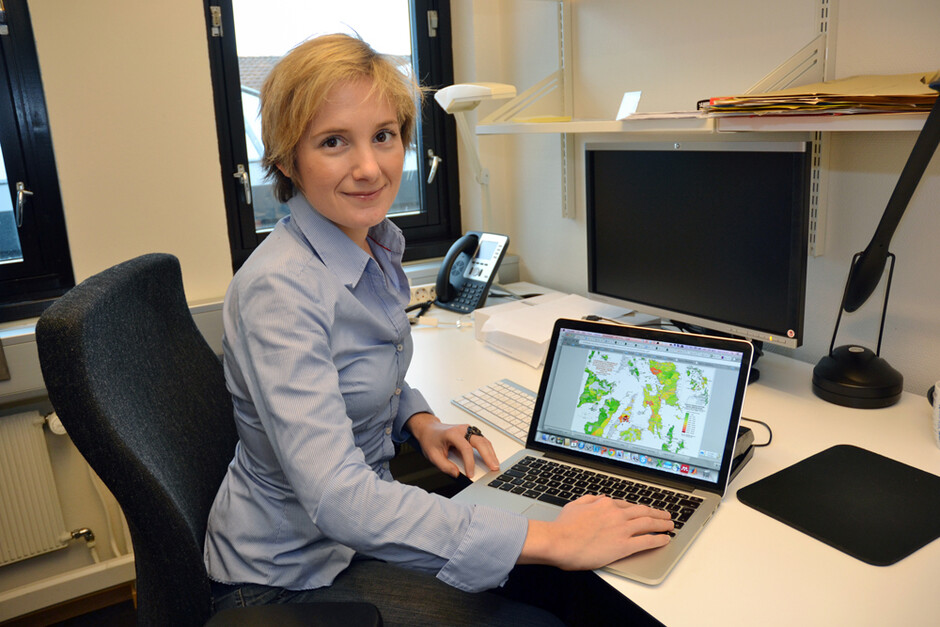 BETTER DECISIONS:  With data from actual disaster areas, Associate Professor Tina Comes is making a contribution to relief agencies all over the world to better help others. Here she is showing an aiding map that was used in the wake of the typhoon Haiyan’s devastations on the Philippines about a year ago.

“These are very good news and something we have been working for. Because large amounts of the Norwegian research funds in ICT are directed towards health technology, we rely on accepted applications to the EU, like this one,” says professor and assistant Director at CIEM, Tina Comes.

The two projects will become part of a portfolio with, in total, four Horizon 2020-projects for CIEM. From before, the centre is working at the projects COMRADES and Smart Mature Resilience. 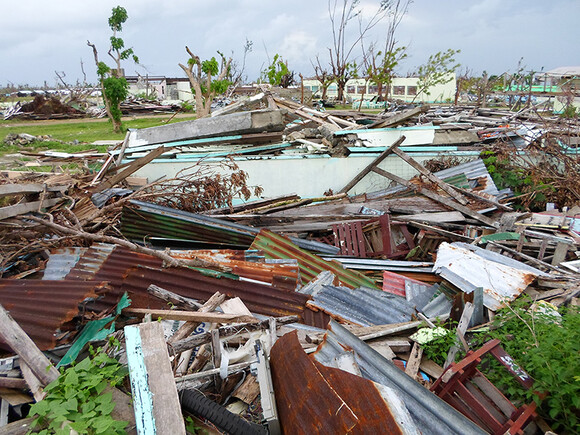 The two new projects CIEM is involved with will make it safer and more efficient to be a relief worker in the field.

UiA is, through CIEM, coordinating the project called iTRACK. The abbreviation stands for “Integrated system for real-time tracking and collective intelligence in civilian humanitarian missions”. The project is granted four million Euros, around NOK 38 million, and has twelve collaborators. Around 694,000 Euro, which is NOK 6.6 million, goes to UiA.

The background for the announcement is an increasing number of cases of violence against humanitarian relief workers in the world. Only in 2012, 274 relief workers were killed, kidnapped or severely injured, according to Air Worker Security Report. The applicants were asked to suggest solutions to track relief workers in the field, to make their work safer, says Comes.

“When we read the announcement, we immediately saw that something was missing. To track a group of relief workers is not enough, in itself, to make them safer. We took a small risk in pointing out these shortcomings in the application, but it paid off,” says the Professor.

Teamed up with the World Food Programme

CIEM and the other collaborators in the project, among others the world’s biggest humanitarian relief agency, the World Food Programme (WFP) and Teknova, develop a solution that tracks the relief workers, but also makes it easier for the leaders to make good decisions based on a contemporary analysis of available information.

“By combining an advanced situation analysis and pre-defined guidelines for safety in the field, the system can help make the relief workers safer. It can identify threats and alert the relief workers on the ground, and give advice on safety-promoting decisions to those coordinating the effort,” says Comes.

The system will, according to plan, be tested and piloted in the Middle-East with case studies in Yemen and with the Syrian crisis. The project has partners from Norway, Great Britain, Spain, Finland Luxemburg, France, the Netherlands, Italy and USA.

The start of the iTRACK-project is expected in May this year, and the project will last three years. In connection with the project, one PhD-candidate will be hired. 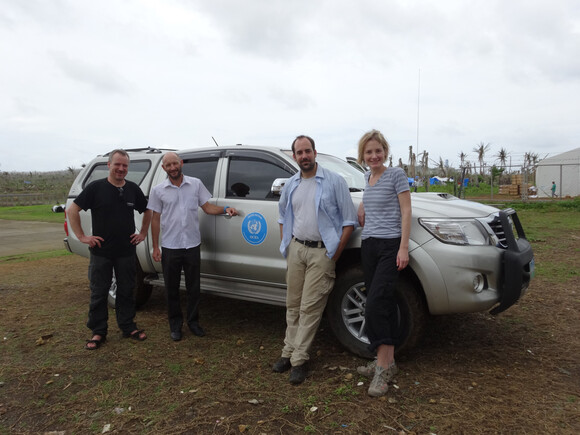 FROM THE PHILLIPINES: Tina Come with other researchers from The Disaster Recilience Lab. (Photo: Private)

In the other project, Reaching Out, CIEM is a partner. The goal of this project is to test and put together existing technology to provide the best support possible in emergencies outside of Europe. The project is coordinated by Airbus Defence and Space in France.

“This project is really interesting because it brings together 27 partners from several different countries with a grand total of 78 tools. Together, we will look at the latest in technological solutions and find the most efficient ways these tools can work together in an emergency situation,” says Comes.

The researchers will perform five large-scale demonstrations in the field, with a basis in imaginary disasters like big floods, epidemics, and earth quakes.

“The situations we are going to simulate will focus on combinations of disasters and political instability and conflicts,” says the Professor.

The project is very extensive, and receives as much as 18.8 million Euros (NOK 179 million) from Horizon 2020. Out of this, UiA receives 401,000 Euros (NOK 3.8 million). The funds will, among other things, be used for hiring another PhD-candidate. The project will last a little more than three years and starts in May 2016.

“To us, it is also important that we are part of these big projects. It manifests our position as one of the world’s leading research communities on crisis management technology,” says Comes.