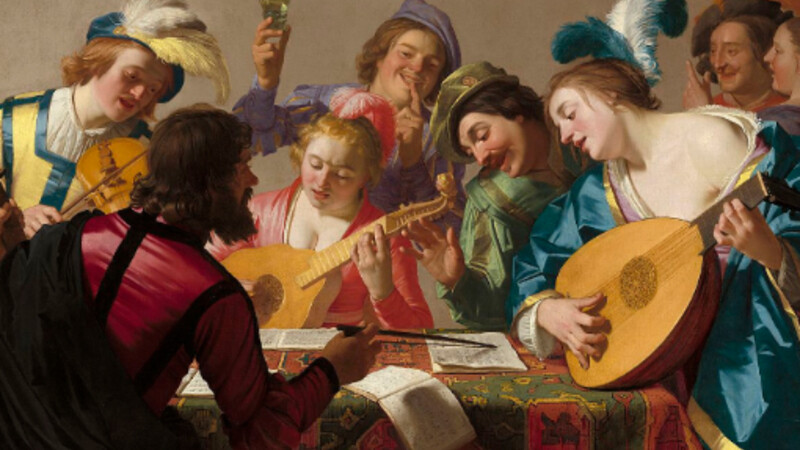 Our objective is to explore the performance and the performers of early music (earlier than 1750) in educational, pedagogical or curatorial settings. We seek to reconfigure how the music may be understood by and communicated to a present-day audience and improve, develop and discover new methodological approaches to how the music can be studied in a broad context as part of a European cultural heritage. Central to our work are interdisciplinary approaches to artistic practise, theory, history, social- and cultural interactions, education and pedagogy. We undertake to:

1.  Explore the interaction between period music, performer and audience focusing on communication. We look particularly at the realisation and performance of early music and its relation to historical evidence, but with a special interest in how various meanings, functions and interactions are perceived and communicated to present audiences with varying degrees of previous knowledge. We do so through the lenses of presentism in historicism, and historicism in presentism.

2.  Improve, develop and discover new interdisciplinary methodological approaches to how we study early music. By strengthening the interdisciplinary bonds between artistic research and-practise and more traditional academic research practices, we seek to generate methodologies governing the practising performer and the perceiving audience as well as the scholar.

3.  Identify and present strategies and perspectives that can contribute to generating new audiences and performers nationally and internationally. By developing a better understanding of early music’s communication strategies, designs and social function, we argue that we can better customise performances which evoke interest according to the premises set by today’s music markets. This stretches beyond superficial concepts such as playing baroque music in a bar or having renaissance nightclub DJs, but rather focuses on establishing communication strategies, self-expressive acts and mediation opportunities in close relation to the music itself. We further believe that the knowledge we produce can have a positive effect on music education by introducing perspectives currently unrepresented in the related educational and pedagogical debate.

4.  To better understand how early music as a cultural heritage and legacy is sustained and maintained in today’s society and in what way it may be part of our future.

This group is part of the interdisciplinary research-platform Art in Context. The group members are engaged in academic research as well as in artistic research

Edu-REMP was prior to February 2022 named REMP: Reconfiguring Early Modern Performance. Following their first anthology, the members chose to both broaden and specify different aspects of its scope to better represent their current activities leading to a new, modified group name. 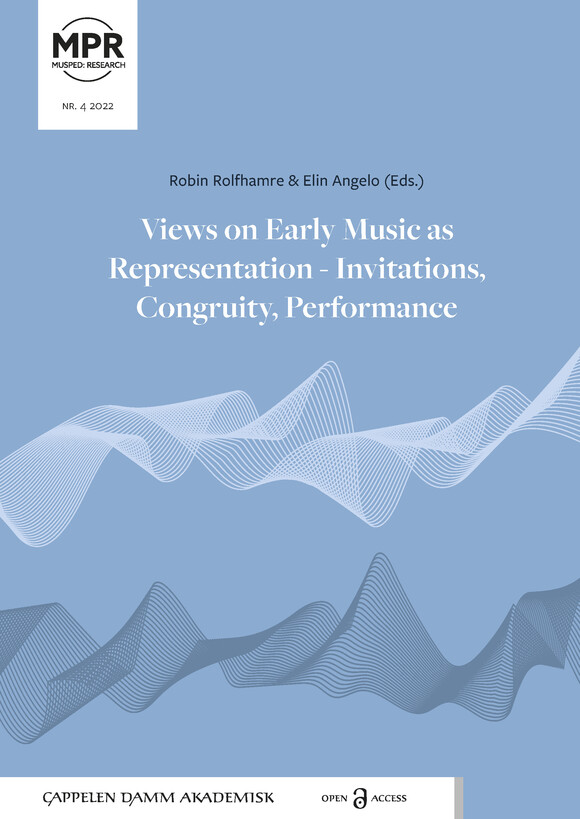 Early music performance in its broadest capacity presents a compelling case of being something present representing, presenting, enacting, re-enacting, living and re-living, concretising and fantasising a historical past. It is both what it is and something entirely other. Inspiring countless efforts to come to terms with its nature, one way of approaching the act of conveying or doing history is through pedagogy. Pedagogy, here, is multifaceted as it is placed and displaced in learning, acting, mediating, communicating, perceiving, conveying and persuading historically remote, cultural practices. As such, the anthology will include both explicitly pedagogical chapters and more implicit approaches situated within pedagogical settings. The driving force behind the project is: when maintaining and sustaining a certain European cultural heritage, how do we do so as artists an pedagogues and to what effect? To cast a fresh gaze on traditional Early music performance studies, the authors of this volume argue for the pedagogical potential of such a project. Not only as something functioning as an artefact used within an educational setting, but as something being primarily pedagogical also in its formation and re-formation. The way Early music is construed and portrayed just to fulfil the official boundary of its terminology, is also a pedagogical act performed in multiple ways. It is not a question of regarding Early music scholarship and artistry as binary presentism vs historicism, but rather as historicism in presentism and presentism in historicism. It is precisely what this volume is all about and to which it seeks to contribute. The anthology gathers a collection of chapters highlighting spectatorship, experience, theory, rhetoric, philosophy, representation, performance, performativity, literature, visual arts, pedagogy, education, pragmatism and also new-materialism. It treats music that is readily categorised as Early music, and music that is bordering to, or even becoming, something else entirely, but with evident roots in the Early music repertoire.

Chapter 1 "Introduction: Making History Through Music Performance and Education by Robin Rolfhamre and Elin Angelo | Chapter 2 "Performative Musicology and HIP as Rhetoric and Pedagogy for the Past in Present and Future" by Robin Rolfhamre | Chapter 3 "Contextual In-Depth Knowledge as a Liberating Force in Artistic and Pedagogical Communication of Early Modern Material" by Inga Marie Nesmann-Aas | Chapter 4 "Hearing Early Modern Music Through the Contemporary by Daniel Henry Øvrebø | Chapter 5 "Rolf Lislevand in Conversation with Randi Margrethe Eidsaa and Daniel Henry Øvrebø" by Daniel Henry Øvrebø, Randi Margrethe Eidsaa and Rolf Lislevand | Chapter 6 "Early Music in an Interdisciplinary Artistic Production: The Project Pluvinel’s Academy" by Randi Margrethe Eidsaa | Chapter 7 "Re-Enacting Beat Art: An Aesthetic and Pedagogical Approach to Re-Living History" by Frida Forsgren | Chapter 8 "Rhetorically Performative Early Music: YouTube Videos as Statements" by Robin Rolfhamre and Daniel H. Øvrebø | Chapter 9 "From Researcher/Performer to Artistic Researcher: Looking Back at the Past in Search of New Possibilities" by Jorge Salgado Correia | About the Authors

Associated projects or collaborations with

Students in the group