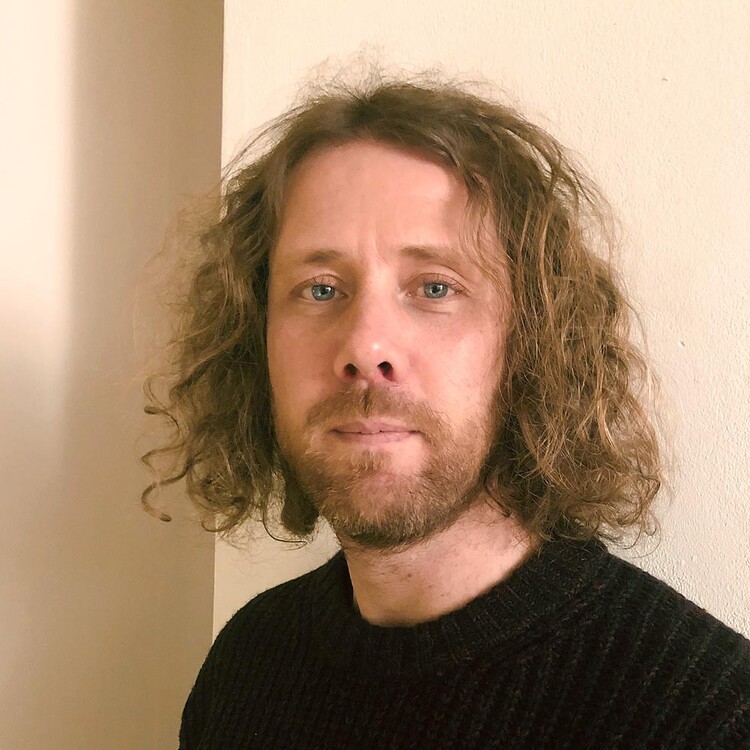 The main point of the thesis is that the three recordings should be considered as the result of a “prog-rock impulse”, a “classical music impulse”, an “avant-garde impulse”, and a “technological impulse”. Fanatic Answers, Ordinary Music and Metropolitan are recordings converging these impulses in Pohjola’s aesthetics; they are a synthesis of his production.

Pekka Pohjola was a Finnish multi-instrumentalist, composer, and producer who played with bands and made recordings far beyond the borders of Finland. Best known as a prog-rock bass player, but also a classically trained pianist and violinist. See the article in JazzFinland.

Dolmen has been enrolled in the doctoral programme at the Faculty of Fine Arts, with specialisation in Popular Music Performance.

Summary of the thesis by Bjørn David Dolmen:

This thesis discusses Pekka Pohjola’s musical aesthetics. The ambition is to present a composer and musician who, despite his popularity, has been given little scholarly attention.

Studying three recordings and four analytical impulses, the thesis investigates the complexity and qualities of Pohjola’s music, from the 1970s to his death in 2008.

These compositions are indebted to the musical traditions Pohjola finds himself in, progressive rock, classical music and avant-garde. As studio productions they are expressions of his familiarity with and use of the recording studio in the process of artistic creation.

The main point of the thesis is that the three recordings should be considered as the result of a ‘prog-rock impulse’, a ‘classical music impulse’, an ‘avant-garde impulse’, and a ‘technological impulse’. Fanatic Answers, Ordinary Musicand Metropolitan are recordings converging these impulses in Pohjola’s aesthetics; they are a synthesis of his production.

More on the same track

Pohjola was obviously not alone in combining impulses from classical music, art music and popular music.

Neither was he alone in taking advantage of the possibilities provided by technological development.

Some of these have been the subjects of studies, particularly those defined as contemporary music composers, such as Lindberg.

Others have been ignored, among them Anderson, Hackett, and Pohjola, whose later productions have been overshadowed by their more commercially successful contributions to the 1970s prog-rock genre.

Established perspectives on contemporary music composers are characterized by one-sidedness.

For example, many have written about how Lindberg attempting to find new ways for ‘serious’ music gets his inspiration from popular music; less has been said about how he also grew up in a time when rock music was a central musical style.

This thesis points to a larger problem, the ambiguity of some of the terms we use to grasp, understand and describe contemporary music compositions.

Beyond presenting Pohjola as a contemporary composer, the thesis claims that Fanatic Answers, Ordinary Music and Metropolitan are compositions that, due to the instrumental sound, the texture, the virtuosity, the eclecticism, and the frequent occurrence of dramatic contrast, suggest clear associations with 1970s prog-rock.

However, they also have characteristics diverging from prog-rock.

Compositions with elements of rock

Even if the compositions have characteristics of rock music, the music is formally closer to classical music; it is not unreasonable to claim that they are not rock with elements of sounds and structures adopted from the great European musical tradition (as the case was with 1970s prog-rock), but rather passacaglias, symphonic poems and aleatorian works partly played on electronic musical instruments.

The aleatorian elements in Ordinary Music give the piece an avant-garde character. The same can be said of the elements of expressionism in Fanatic Answers and minimalism in Metropolitan.

This shows how forms, components and methods from prog-rock, classical music and avant-garde music come together in new and different connections from the ones studies of contemporary music usually focus on.

The result also testifies to Pohjola’s search for a unique musical expression, something he simply named ‘Pohjola music’.

Pohjola worked with structures that were to be included in and operate within a soundscape. When working with the scores, technological innovations such as advanced types of microphones, multitrack recording mixers, panorated sound sources, gating, etc. were thus considered.

However, during the recording process, he often impulsively ignored his preconceived notions. Fanatic Answers, Ordinary Music and Metropolitan all testify to a composer who actively used technology in his quest to create ‘Pohjola music’.

The thesis also discusses whether Pohjola’s music should be considered as hybrid, or whether there are other terms that better describe his music.

One point is that Fanatic Answers, Ordinary Music and Metropolitan can best be considered an attempt at a ‘genuine synthesis’.

Another descriptive term is ‘compositional music’; this is because Pohjola had composer status at the time when these pieces were written, and because he worked as composers often do, with scores and orchestras.

Even though ‘compositional music’ is not a perfect term - as it does not take into account the technological impulse in his aesthetics - it is better than the term ‘contemporary music’ which is too open-ended, and which has been seized by art music.

Finally, it is a point that by force of its texture rock music is the underlying stylistic basis for his music.

That the boundaries between rock music, classical music and art music have been transgressed is old news. However, rock and prog-rock’s persistent influence on compositional music - and vice versa - needs more studies.

This thesis shows how Pohjola made his compositional music after the breakthrough of rock music.

Teacher at Charlottenlund secondary school and at Dagskolen in Trondheim (2010 - 2015). Alongside this, Dolmen has been working as a music teacher in school of music, primary school, Steiner school and secondary school, as well as in academia as a university teacher, student assistant, lecturer and he has been published in books and journals.

PhD Candidate in Popular Music Performance at UiA (from 2015)

Dolmen has also over the years been an active musician and producer, including as songwriter and guitarist in the band Gallery, which has resulted in two album recordings. Since 2001 he has been a permanent editorial member of Monster Magazine and Norway Rock Magazine. In that connection, Dolmen has done a series of interviews and written articles and reviews.

Apart from his musical education and teacher training, Dolmen has studied and passed exams in art history, philosophy, Scandinavian studies and comparative studies of literature.

Dean of Faculty of Fine Arts, Marit Wergeland-Yates, will chair the public defence.

The assessment committee is led by Professor Tor Dybo, Department of Popular Music, University of Agder