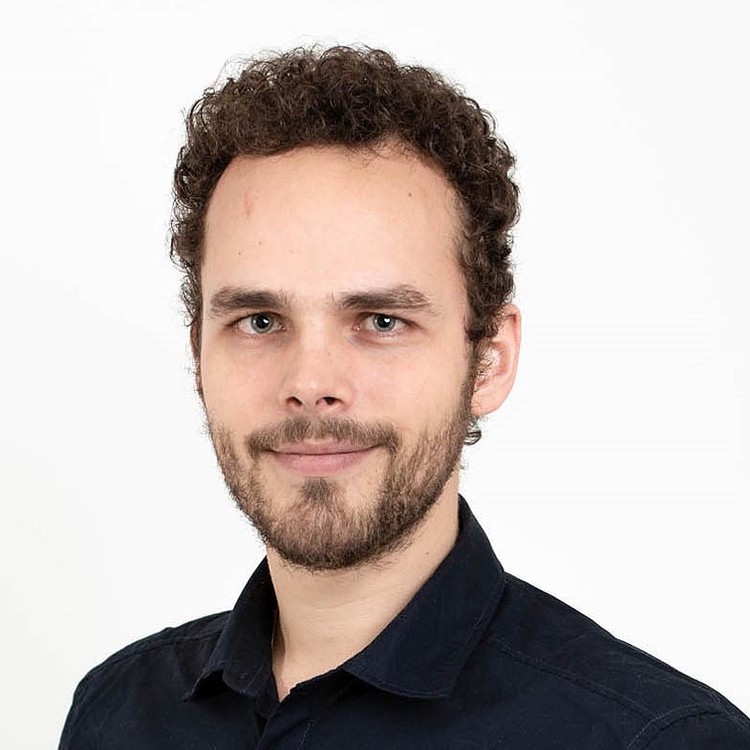 Philipp Thomas Pasolli of the Faculty of Engineering and Science has submitted his thesis“Hybrid modeling and control of mechatronic systems using piecewise affine dynamics approach”, and will defend the thesis for the PhD-degree Wednesday 27 May 2020.

He has followed the PhD-programme at the Faculty of Engineering and Science with Spesialisation in Mechatronics.

The PhD has received funding by the EU Clover-project, in  addition to the Norwegian Research Council funding for research fellowships.

Summary of the Thesis by Philipp Thomas Pasolli:

Mechatronic systems are dynamical systems which can have both continuous and discrete dynamic behavior, meaning the system states can both flow (continuously) and jump (discretely).

A mechatronic system with both dynamic behaviors is called a hybrid system.

One of the subclasses of hybrid systems is called piecewise affine (PWA) systems.

PWA systems are the “simplest” extension to linear systems capable of modelling non-linear and non-smooth processes with arbitrary accuracy.

The industry standard, still today, is to create models of non-linear systems which are linearized around one systems operational point, cf. Figure 1.

Deviating from this point results in an error and therefore reducing the congruence and accuracy between model and system.

Using several linearization points, cf. Figure 2, for modelling a non-linear system increases the accuracy and congruence of the model and its representation of the system and decreases the error between them.

This results in simulation which are closer to the real system/real life, which is highly desirable. To be able to create such a model with multiple linearization’s, PWA modelling approach can be used.

In this thesis the PWA approach was used to create models which are based on two experimental setups of electric and hydraulic nature.

The electric setup included only one non-linear element (Tunnel-diode), resulting in a rather simple PWA model. The hydraulic setup, due to its hydraulic nature and the components installed, includes several non-linearities, therefore increasing the complexity of the system and the model.

For both setups, PWA model-based simulations, as well as measurements on the experimental setups were performed and compared to one another, confirming that the PWA modeling approach yields results which are better than just using a single linearization approach and which are comparable to the measurements of the real system.

Additionally, for the hydraulic setup an automatically switched position/force control approach was investigated. Traditionally a “nested” control approach is used for systems which have to be both position and force controlled, resulting in performance deficiencies in both controllers. Using a switched approach, as in this thesis, allows for tuning each controller individually, without them interfering with each other, resulting in an overall improved performance.

This switched control approach was included into the existing PWA model and simulations and experiments were performed, verifying the performance of this control approach.

The chair invites members of the public to pose questions ex auditorio in the introduction to the public defense, with deadlines. Questions can be submitted to the chair  Michael Rygaard Hansen at e-mail michael.r.hansen@uia.no