Flipped classroom in the teaching of mathematics at the university level 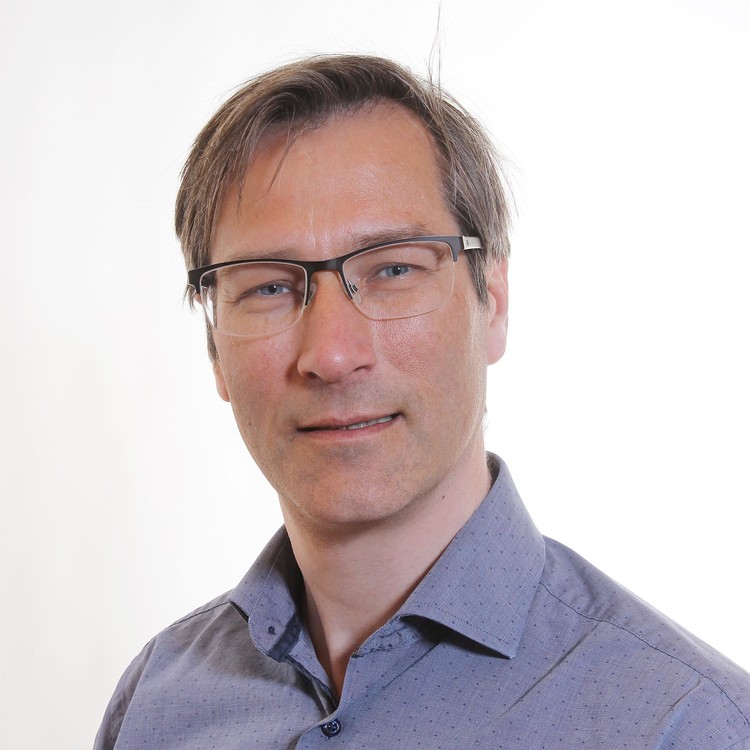 It is clear signs that the majority of students experienced a higher degree of motivation through the social learning community facilitated by the FC approach. Additionally, the video-preparation was considered an important mean to achieve a more interesting and varied learning experience.

The disputation will be held digitally, because of the Corona covid-19-situation. Spectators may follow the disputation digitally – link and thesis is available below.

Helge Ingvart Fredriksen of the Faculty of Engineering and Science has submitted his thesis “An exploration of teaching and learning activities in mathematics flipped classrooms: A case study in an engineering program” and will defend the thesis for the PhD-degree Tuesday 25 May 2020.

He has followed the PhD-programme at the Faculty of Engineering and Science with Spesialisation in Mathematics Education.

The PhD are funded by UiA SFU MatRIC. See also from the beginning of the research period in the SFU Magazine page 6-7.

Summary of the Thesis by Helge Fredriksen:

Flipped classroom in the teaching of mathematics at the university level

The traditional lecture-based university pedagogy has faced profound challenges in recent years. Students demand a more interactive and socially incorporated learning experience, which involves a switch from the teacher-centered dissemination of mathematics.

A more participatory role of the student

Flipped classroom (FC) approaches may be one such platform for a more participatory role of the student in the mathematical learning community. The approach is based on the combination of an out-of-class phase where students prepare for class by watching selected videos, and an in-class phase where discussions and cooperation about tasks is central.

FC in the mathematics education on the tertiary level has been under-researched on a qualitative level. Previous research in the field has for the most part only considered the performance of the students in mathematical task solving, comparing it to more traditional lecture-based teaching.

This study has been following three different cohorts of engineering students and has considered how the FC has affected various aspects of the mathematical learning. The study has attempted to use different theoretical frameworks to achieve this, where Activity theory has been the most dominant.

The mapping of tensions and contradictions is central for the understanding of the dynamics of new-found teaching approaches. I uncovered three so-called dialectical contradictions in the mathematical flipped classroom.

However, the majority of students seemed to prefer the FC approach, and the observations in-class indicated that learning was promoted.

This survey of contradictions could be important for the preparation of future implementations of the mathematical FC.

The dialogue between the students

The dialogue between the students in-class was studied utilizing a so-called discourse analysis.

This study revealed how the mathematical discourse and visuals of the video were affecting the discussions during students groupwork.

I found that they were able to make use of terminology and results from the videos to extend it into new domains in the collaborative effort of problem-solving.

Task design is considered an important part of teaching in a FC approach.

This study showed that it was possible to combine FC with tasks involving mathematical modelling of realistic situations. Students were able to utilize terms and results from the videos as a starting point for their participatory exploration of the tasks.

Additionally, I found that the teacher exercised an important role in guiding the students between the various stages in the modelling process.

Affordances and constraints in the mathematics flipped classroom

The last study again used activity theory as a lens to consider affordances and constraints in the intersection between FC and mathematics education.

Three levels of activity were found through the analysis of the data.

Another finding, which also came through in the other studies, was the importance of creating a consistent whole between the videos and the teaching in-class. Without such a continuity between out-of-class and in-class learning, the students will experience confusion, which would severely affect learning especially in an abstract field like mathematics.

A higher degree of motivation - but no definite answers

The thesis does not provide definite answers on the question about FC being “better” than traditional teaching in higher education contexts.

However, it is clear signs that the majority of students experienced a higher degree of motivation through the social learning community facilitated by the FC approach. Additionally, the video-preparation was considered an important mean to achieve a more interesting and varied learning experience.

Also, the students found the instructor more available for support and guidance than in the traditional lecture-based teaching.

Head of Department of Mathematical Sciences, Ingvald Erfjord, UiA, will chair the disputation.

Given topic for trial lecture: “What are the advantages of using sociocultural approaches in the study of mathematics teaching? What do they offer in comparison to more cognitive approaches? What does research tell us?»

Thesis Title: “An exploration of teaching and learning activities in mathematics flipped classrooms: A case study in an engineering program”

Professor Cengiz Alacaci, Department of Mathematical Sciences, UiA, is appointed as the administrator for the assessment commitee.

We ask audience members to join the virtual trial lecture at 14:50 at the earliest and the public defense at 13:50 at the earliest. After these times, you can leave and rejoin the meeting at any time. Further, we ask audience members to turn off their microphone and camera and keep them turned off throughout the event. You do this at the bottom left of the image when in Zoom. We recommend you use ‘Speaker view’. You select that at the top right corner of the video window when in Zoom.

The chair invites members of the public to pose questions ex auditorio in the introduction to the public defense, with deadlines. Questions can be submitted to the chair Ingvald Erfjord at e-mail ingvald.erfjord@uia.no