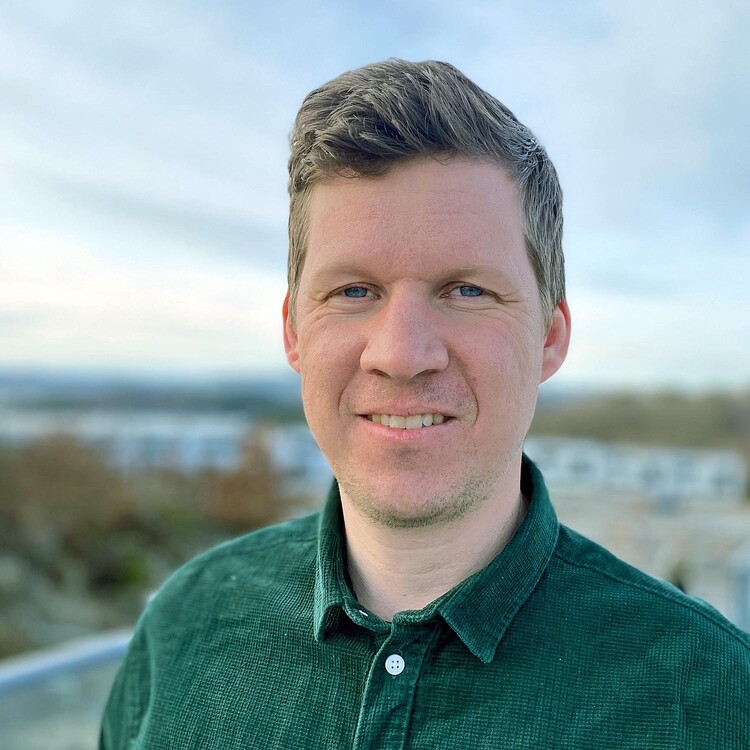 Taken together, the results suggest that selection on several traits is expected to act on fish living in hydropower regulated ecosystems. This may lead to an altered evolutionary pattern that might impact population viability. In anadromous salmonids, hydropower-induced selection might remove traits favorable in other part of the life cycle leading to reduced overall production. Thus, accounting for hydropower-induced selection that goes against natural selection processes is therefore important to incorporate in management strategies of anadromous salmonids in regulated rivers.

Tormod Haraldstad of the Faculty of Engineering and Science at the University of Agder has submitted his thesis entitled «Evaluation of mitigation measures for Atlantic salmon (Salmo salar) and brown trout (Salmo trutta) at hydropower plants and their prospect as selective agents»  and will defend the thesis for the PhD-degree Wednesday 14 April 2021.

He has followed the PhD-programme at the Faculty of Engineering and Science at the University of Agder, with spesialisation in Natural Sciences, scientific field Coastal Ecology

The PhD work has been financially supported by Agder Energi, Norwegian Environment Agency and The Norwegian Institute for Water Research (NIVA), while Tormod Haraldstad has been employed at the University of Agder and Centre for Coastal Research while working with the PhD.

Summary of the Thesis by Tormod Haraldstad:

Renewable energy contributes towards the world`s growing energy demands and urgent need for mitigating climate change. However, these renewable sources of energy may have localized, detrimental environmental effects. For instance, hydropower dams have dramatically affected river ecosystems by changing habitats and hindering fish migration. Especially, in anadromous salmonid fishes, such obstacles are responsible for the decline of many populations.

However, the small body size of smolts and their tendency to follow the main current downstream, impose design challenges to measures that prevent migration into turbines.

Coherent with this, investigations of fish passages from a range of sites reveal a generally low overall efficiency. Considering that the fish passage and the turbine tunnel offers two migration routes with different survival, surprisingly little attention has been paid to selection regimes acting at hydropower plants.

In this doctoral thesis, I evaluated the efficiency of mitigation measures for downstream migrating Atlantic salmon (Salmo salar) and brown trout (Salmo trutta) and their prospect as selective agents.

My data show that guidance efficiency of a surface fish passage increased as more relative river discharge is allocated to the passage and tests of efficiency of several surface gates documented that it should be located as close to the intake trash rack as possible.

However, temporary closing of fish passages outside Atlantic salmon smolt-run periods to increase electricity production will potentially have negative effects on other species and life stages.

My data show that emigration prone post-spawners either migrate through the turbine tunnel following high mortality or are restrained upstream the dam. Safeguarding downstream migration of these individuals might secure future repeat spawning that contribution significantly to population resilience.

In contrast, smolts that used the fish passage were predominately affected by natural selection during their river descent, characterized by higher survival of larger individuals.

In general, survival to the river mouth were significantly lower for turbine migrants than fish passage migrants. This is probably due to turbine blade strike and increased predation from Northern pike (Esox lucius) experienced by turbine emigrants.

These findings highlight how migration route choice at a hydropower intake effect both survival and selection pressure during smolt migration in the river.

In addition, data show that migration route choice is a consistent trait, and that individuals with higher activity in a behavioral assay had a higher probability of using the fish passage than the turbine tunnel. Potentially, the lower survival for turbine migrants opens for selection on behavior traits.

Taken together, the results suggest that selection on several traits is expected to act on fish living in hydropower regulated ecosystems. This may lead to an altered evolutionary pattern that might impact population viability.

Head of the department Hans Wilhelm Weinberger, Department of Natural Sciences, Faculty of Engineering and Science at the University of Agder, will chair the disputation.

Given topic for trial lecture: «Animal migrations in the Anthropocene»

The Candidate: Tormod Haraldstad (1985, Kristiansand) BSc og MSc (2011) in Ecology and Management of Natural Resources from the Norwegian University of Life Sciences (NMBU). Working as a reseaercher at the The Norwegian Institute for Water Research (NIVA) in Grimstad, as he did while working with the PhD.

Associate Professor Marta Moyano, Department of Natural Sciences, University of Agder, is appointed as the administrator for the assessment commitee.

We ask audience members to join the virtual trial lecture at 13:05 at the earliest and the public defense at 15:05 at the earliest. After these times, you can leave and rejoin the meeting at any time. Further, we ask audience members to turn off their microphone and camera and keep them turned off throughout the event. You do this at the bottom left of the image when in Zoom. We recommend you use ‘Speaker view’. You select that at the top right corner of the video window when in Zoom.

The chair invites members of the public to pose questions ex auditorio in the introduction to the public defense, with deadlines. It is a prerequisite that the opponent has read the thesis. Questions can be submitted to the chair Hans Wilhelm Weinberger on e-mail hans.w.weinberger@uia.no