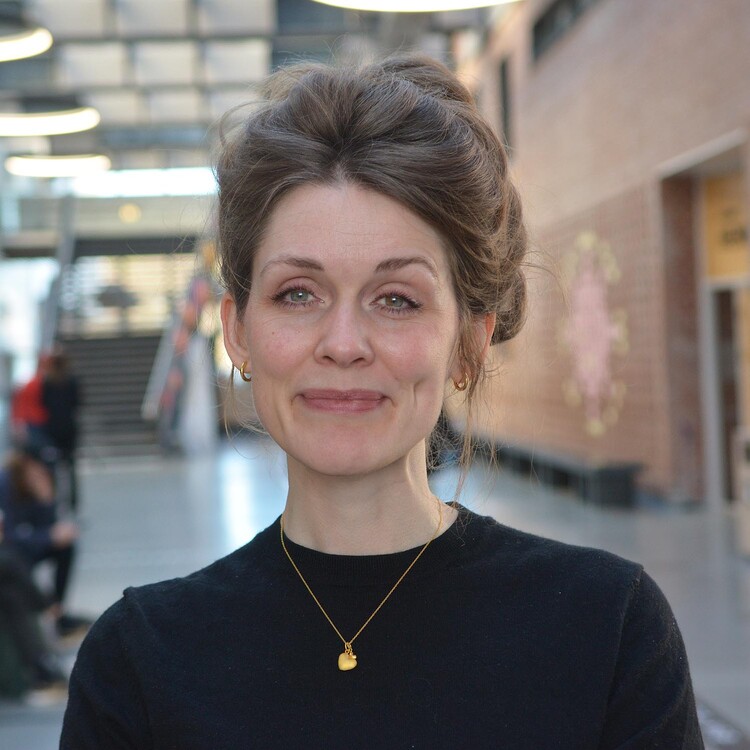 By following the changing modern human body, both within and across works, the thesis seeks to arrive at a more holistic understanding of modernism as a literary current.

Ingrid Galtung of the Faculty of Humanities and Education at the University of Agder has submitted her thesis entitled «Corporeal Modernisms The Living Body in Early Twentieth-Century Anglo-American Narrative» and will defend the thesis for the PhD-degree Wednesday 6 April 2022.

She has followed the PhD-programme at the Faculty of Humanities and Education at the University of Agder, with specialisation in literary studies.

Summary of the thesis by Ingrid Galtung:

The human body is an important part of most of the narratives we have in literature. That makes it a suitable starting point for exploring the changes, contexts, and tensions within and between different texts.

In this thesis, more specifically, four texts of Anglo-American literary modernism are explored with the body as the unifying focus.

Changing views of the human body

During the modernist era, the view of the body changed in Western culture.

It started at the end of the 19th century when the ancient Greco-Roman ideal of the body, with strength, mobility ,and beauty at the centre, was seen as ‘natural’ and primordial.

A few decades later, the enormous physical damage caused by World War I made the living body a site for reconstruction and improvement; the reconstructed body became an image of the restoration of unity and wholeness. Surgery, prosthetic technology, and physical rehabilitation could mend the veterans’ bodily symmetry, whereas exercise, dance, cosmetics, and fashion enabled more and more people to improve their own bodies.

This increased cultural focus on the body is reflected to a great degree in the literature of this period, which the thesis seeks to show.

In the thesis, each chapter is devoted to each of the following texts:

The texts are vastly different in form and style, but all belong to modernism, and all are read with the gaze directed at the human body.

The first chapter deals with Stein’s portrait of the dancer Isadora Duncan and focuses on the verbal representation of bodily movement and the relationship between literature and modern dance.

Chapter 2 takes a closer look at H.D.’s fascination with the body in antiquity and examines how the balance between strength and flexibility serves as a source of inspiration for her radical thoughts on literature.

The third chapter explores how Loy uses the deviant, sick body as a starting point for a critical analysis of the groundbreaking aesthetics of surrealism.

Chapter 4 puts the spotlight on the fashion-conscious body and explores how the beauty industry’s imprint affects different narrative levels in Rhys.

The four texts are all undervalued, and by presenting their distinctive literary forms and styles, the thesis contributes to expanding our understanding of modernism.

A more holistic and tangible understanding

By following the changing modern human body, both within and across works, the thesis seeks to arrive at a more holistic understanding of modernism as a literary current.

This in contrast to a research tradition that has tended to analyse fragments of modernism. By showing the tangible in modernism through the corporeal, the thesis seeks to provide a counterweight to typical representations of the period as complex and intangible.

The public defence will take place in Auditorium B1 001, Campus Kristiansand and digitally via the Zoom conferencing app - registration link below.

Dean Hans Hodne, Faculty of Humanities and Education at the University of Agder, will chair the disputation.

Given topic for trial lecture: «The Aesthetics of the Body in Christina Rossetti’s poem ‘Goblin Market’»

The Candidate: Ingrid Galtung: (1985, Førde, grown up in Karmøy) Bachelors degree in English, University of Bergen (2008), Masters degree in English, University of Bergen (2010) Title of master thesis: «Becoming Hermione: An Exploration of the Process of Subjectivity in H.D.'s Her». Today she is workuing as a Subject Librarian, languages, literature and media studies at the University Library at UiA.

Professor Charles Ivan Armstrong, University of Agder, is appointed as the administrator for the assessment committee.