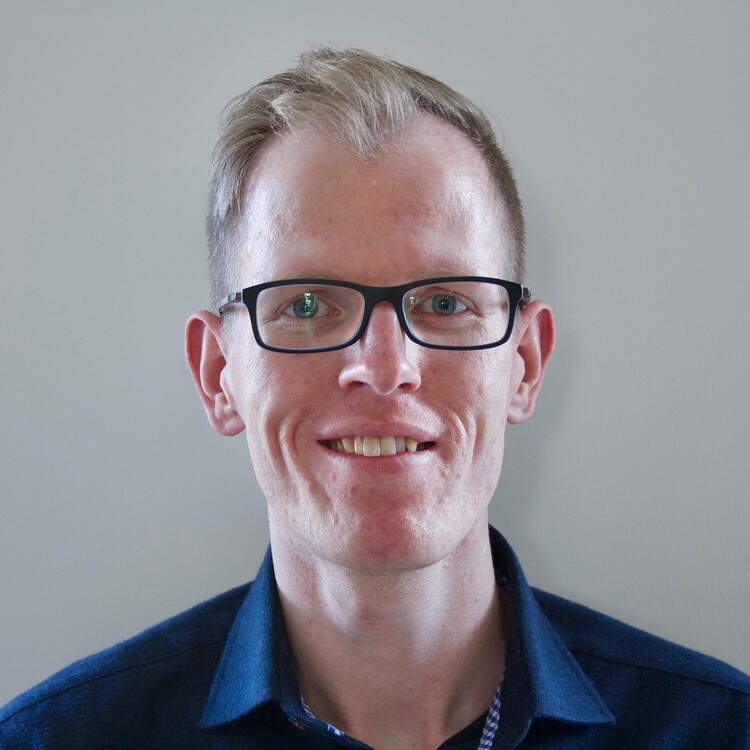 I have developed two new algorithms for fault detection during low and variable speeds in addition to a new algorithm to estimate the maintenance window for a ball bearing. This is important information as it allows for machine maintenance planning. These algorithms are general and should be useful on several kinds of rotating equipment.

Andreas Klausen at the Faculty of Engineering and Science has submitted his thesis entitled "Condition monitoring of rolling element bearings during low and variable speed conditions” and will defend the thesis for the PhD-degree Tuesday 14 May 2019.

He has followed the PhD-programme at the Faculty of Engineering and Science  with Specialisation i Mechatronics.

Summary of the thesis by Andreas Klausen:

Rolling element bearings are machine components installed in almost all rotating equipment. They are the link between rotating shafts and stationary housing.

This is how rolling element bearings work

One application is between the suspension and axle of a car.

Ball bearings are composed of four main parts: an inner ring attached to the shaft; an outer ring mounted in a stationary housing; several balls rotating between the raceways; and a train cage to keep the balls apart.

When the shaft rotates, the rolling elements rotate on the surface of the inner and outer races and distributes the load from the shaft to the stationary housing.

To minimise friction in the ball bearing it must be lubricated with oil or bearing grease. Even if the bearing is well greased, it will become worn over time.

In the case of big expensive machines, waiting until the bearing breaks down is not favourable, however replacing it long before it is necessary is also costly.

In any case, bearing failure can occur unexpectedly between services.

That is why it is important to monitor the bearing condition with the aid of sensors and algorithms.

The illustration below shows a ball bearing with outer ring damage. Every time a ball rolls over the damaged surface the bearing vibrates. This is measured on a bearing vibration tester as shown.

The readings are analysed on a computer, and pulses of high vibration with a certain frequency indicate that there is something wrong with the bearing.

This thesis deals with condition monitoring of rolling element bearings that operate at variable and low speeds.

Low speeds may cause problems due to the resulting low vibration energy which occurs when the balls move slowly across the damaged surface. It then becomes difficult to separate the bearing vibration from noise.

Variable speeds also pose challenges since the frequency and energy of the shocks varies over time. That makes it hard to find repeated elements in the bearing signal.

In this thesis I have focused on developing new algorithms for bearing fault detection during these difficult conditions.

First we built a test bench to wear down rolling element bearings, and then the vibration was measured at low and variable speeds.

I have developed two new algorithms for fault detection during low and variable speeds in addition to a new algorithm to estimate the maintenance window for a ball bearing.

This is important information as it allows for machine maintenance planning.

These algorithms are general and should be useful on several kinds of rotating equipment.

The thesis is based on six scientific papers describing the test bench and the algorithms.

Given topic for trial lecture: «Particle filtering for prognostics»

Professor Joao Leal, UiA is appointed as the administrator for the assessment commitee.