Vegetarians do not eat enough fruits and vegetables

Half of those who are on a plant-based diet eat fewer whole grain products, fruits and vegetables than what the authorities recommend. 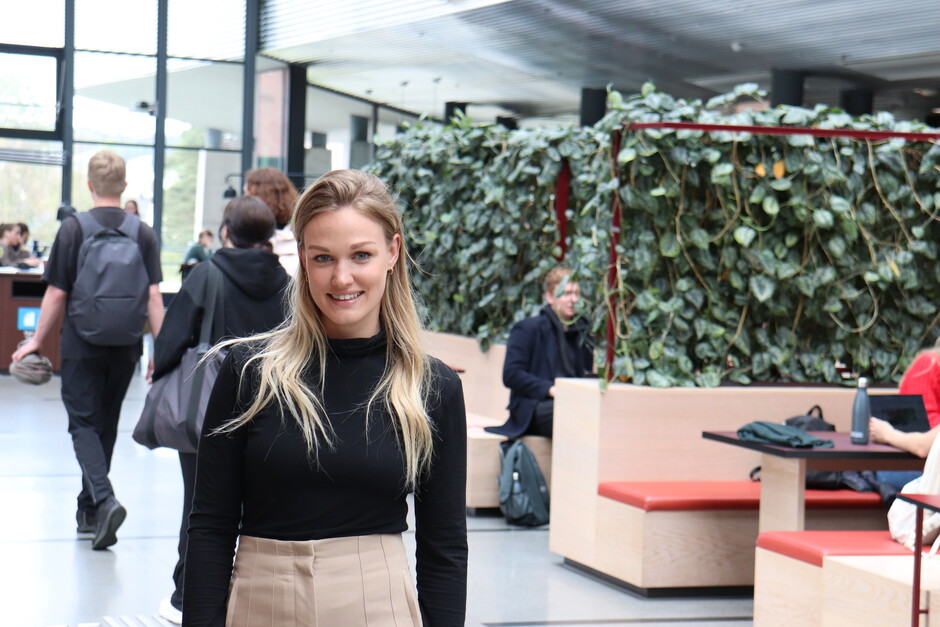 PhD research fellow Synne Groufh-Jacobsen at UiA's Department of Nutrition and Public Health is surprised that those who stick to plant-based diets eat little fruit, vegetables and whole grains.

This is shown in a new survey about the dietary habits among 808 participants who adhere to plant-based diets.

She is a PhD research fellow at the University of Agder (UiA), Department of Nutrition and Public Health, and conducted the study in collaboration with researchers from OsloMet.

“The study concludes that the participants in the survey eat less fruit, vegetables and whole grains and possibly consume more sugar than what is recommended in Norwegian dietary guidelines”, the researcher says.

A small part of the sample seems to consume more sugar than recommended. Half of the respondents report that they eat sweets and salty snacks every week. 10 percent report daily consumption of sugary beverages.

“The findings surprise us, and it will be necessary to follow up with further studies”, Groufh-Jacobsen says.

She adds that it is important to bear in mind that there is a broad consensus among nutritionists that a vegetarian diet is adequate in all phases of life, but it presupposes that the diet meets the body's needs for nutritious food.

For health and environmental reasons

The study was conducted as an online survey. Among the participants, 530 were women and 278 men. They reported on their dietary habits, their health, and their motivation for adhering to a plant-based diet.

“Environmental reasons, health and animal welfare prove to be the most important motivating factors for adherence to a plant-based diet”, the researcher says.

75 percent of the respondents report that they perceive their health to be good or very good.

Too little iodine in the diet

Few of the participants report that they are aware of malnutrition or other negative health conditions. Groufh-Jacobsen points out that there is a weakness in this study as it does not measure whether the participants actually have nutritional deficiencies. What is most often reported is a deficiency of vitamin B12, iron and vitamin D.

In a previous study, she reported that Norwegian vegans and vegetarians are at risk of iodine deficiency but emphasises that it is a problem that is also seen in the rest of the population.

“Milk and dairy products, and white fish and eggs are the main sources of iodine in the Norwegian diet. Those who cut out these foods are especially prone to iodine deficiency”, she says,

People with restrictive diets may also suffer from B12 deficiency and iron deficiency. In the previous study, she found that people with a vegan or vegetarian diet mostly had adequate iron status.

“In our new study, only 10 percent of the participants report that they take iodine supplements. This may indicate that our participants get too little iodine, especially vegans who omit all the most important iodine sources from their diet”, says Groufh-Jacobsen.

The importance of supplements

Just under half the respondents reported daily use of supplements. She thinks the number is low.

“For individuals who eliminate many food groups from their diet, supplements in the form of vitamins and minerals may be important to avoid nutritional deficiencies. However, dietary supplements should not be used uncritically”, she says.

“But the diet should be varied. According to our findings, it is important to do more studies on whether people who have a plant-based diet have the knowledge and skills they need to put together a sufficiently balanced diet”, the researcher says.

She points out that the study is based on self-reporting from those who eat plant-based, and that the study does not compare the findings with a control group that follows a different type of diet.

“This means that more studies must be done”, Groufh-Jacobsen says.

She herself will continue this work in her doctoral thesis. The thesis is about eating habits, nutrition and nutritional competencies among young people with a plant-based diet compared to a group with a different diet. She will also examine their motivations and possible obstacles to having a more plant-based diet.

The 808 subjects answered that they adhere to one of these plant-based diets: