In August, five UiA students will organise a technology summer school for pupils from year 5 to year 10 in Grimstad. The goal is to inspire children and young people to work with technology in the future. 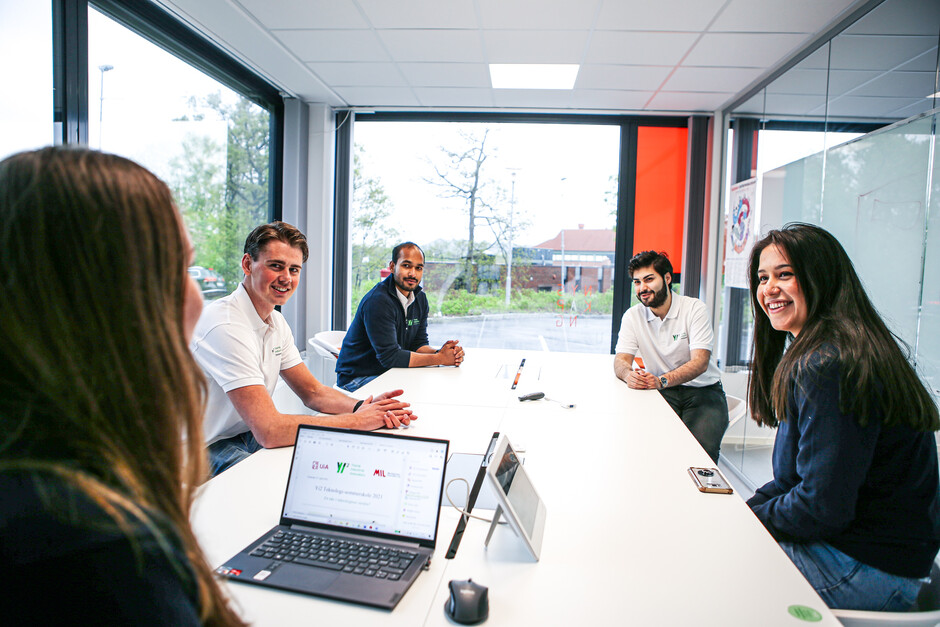 “This year will be another summer with fewer events and plans because of the pandemic. Technology is something everyone can be included in. That is why we wanted to start a summer school that embraces everyone, regardless of qualification or ability. We hope that as many people as possible sign up to experience something fun this summer, and maybe it will be useful in the future”, says Kaspar Kielland, consultant at Young Industrial Innovators’ (Yi2) technology summer school. 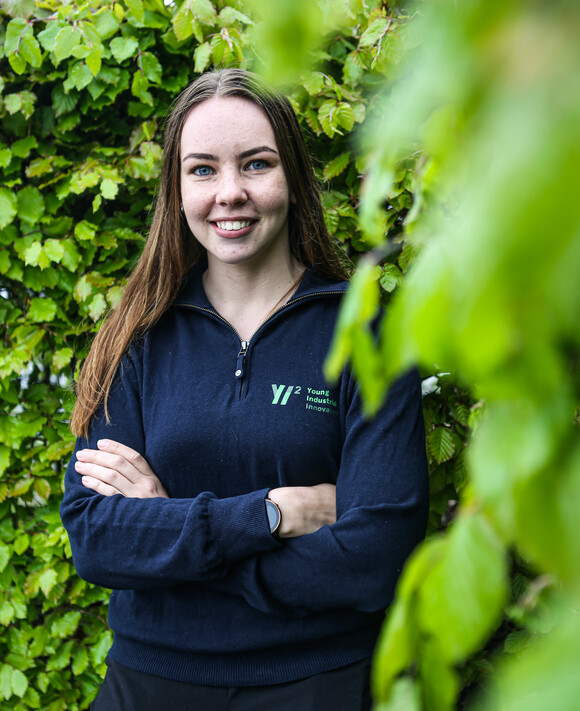 Yngvild Lauvås Stormoen, partner and operations manager at Yi2 and project manager for the summer school.

It is all funded by Grimstad municipality. In collaboration with UiA, the summer school is organised by the student-based consulting company Yi2 (Young Industrial Innovators), which is run by students at the University of Agder.

The programme itself is a free low-threshold offer planned for 2 to 6 August and 9 to 16 August at UiA in Grimstad, with 20 participants per week. It is now open for registration for pupils from year 5 to year 10 in Grimstad municipality.

Pupils will gain insight into the world of technology through tools and materials they already know. During the week, the pupils will work together to build a robot using Lego, for example. They will learn about operation, programming, and robot commands and will be encouraged to unleash their creativity. 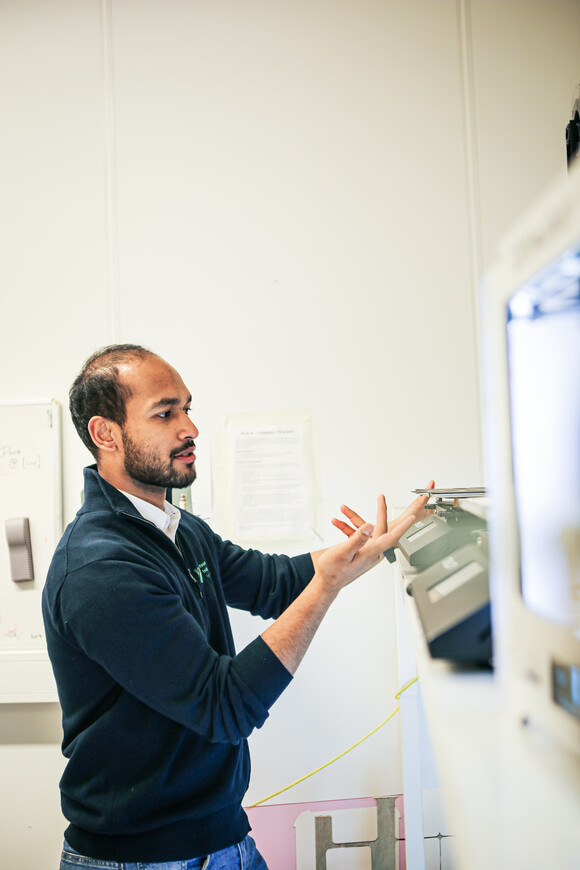 UiA student Kajom Kader shows a 3D machine, which will be one of several exciting things the pupils will get to try. They will learn about 3D printing among other things, and get their drawings printed by such a machine.

“Many have probably seen a robot on TV, but we want to show what is behind the technology and what it means for the future”, says project manager Yngvild Lauvås Stormoen.

Each of the students in the project has a background in technology and engineering and will contribute by helping and engaging with the pupils throughout the week. The agenda also includes learning how to make a light bulb work using simple electrical components.

In addition to printing the designs the pupils create with a 3D printer, there will also be a tour of the campus and the surrounding areas to showcase some leading technology innovations - followed by games adapted to the different age groups.

“The main focus is to get the pupils to see how technology binds society together, in a fun way. To inspire creativity and interest”, says co-organiser Fahd Mahmoud.

Now that Grimstad is becoming part of the battery coast, the five UiA students hope that their technology programme can contribute to more children and young people in the region opening their eyes to technology as the career of the future.

“Someone will come after us. I didn’t know what an engineer does and would have liked to have taken part in such a scheme when I was younger. That is why we find this rewarding and think it is extremely important to inspire young people. And we hope they will be enthusiastic about selecting a career in tech when they apply for upper secondary school or university later on”, says Yngvild Lauvås Stormoen.

Lauvås Stormoen emphasises the importance of recruiting more young girls and women into a male-dominated field, something she hopes the summer school can contribute to. Lauvås

Stormoen points out how positive it is with more women in technology professions:

“It is important to have gender balance in the workplace. There are too few of us. We want to show that it is not only men who get the job done and advance in technology professions. I hope our programme will demonstrate that it is not a problem to be a girl in technology”, she says.

“If the technology summer school recruits enough participants, there are plans to repeat it all next year, with more participants and even larger programmes”, Lauvås Stormoen says. 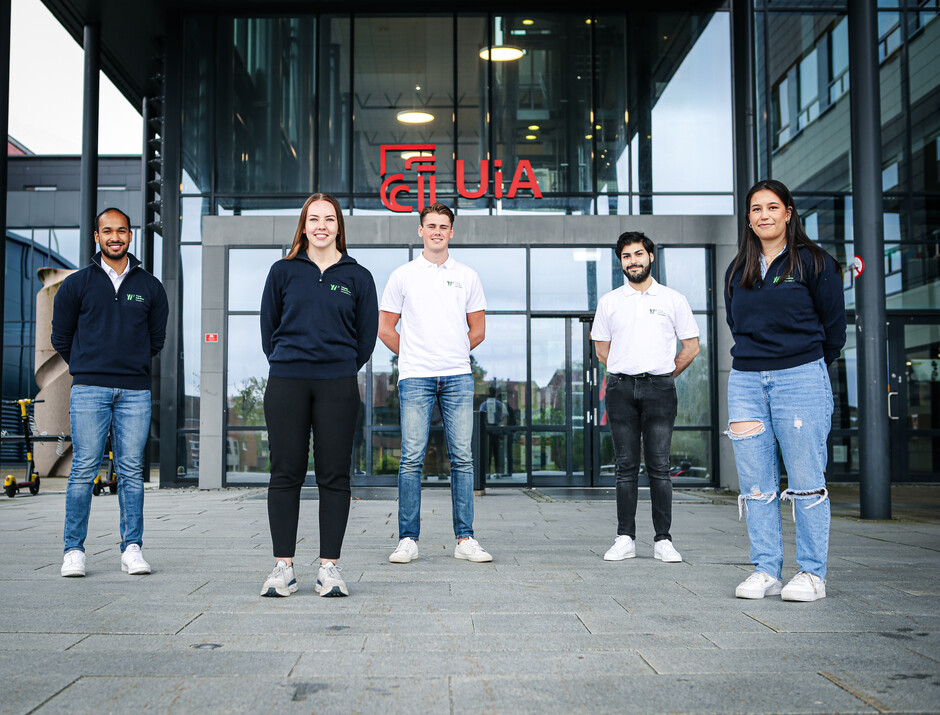