A book from the research project Worlds of Journalism recently won the International Journal of Press/Politics Best Book Award. Two UiA researchers contributed to the project. 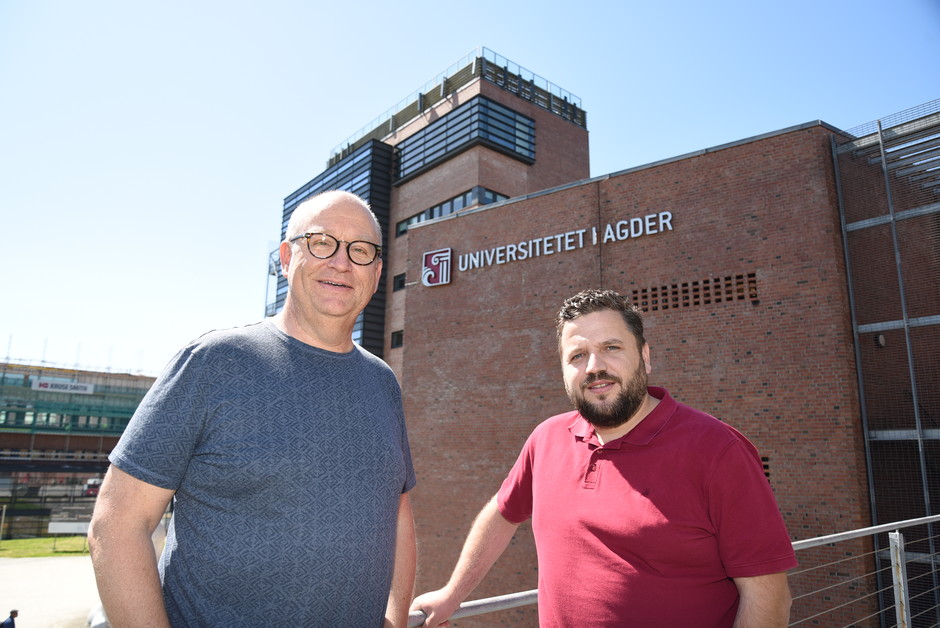 The project examines how the role of the journalist operates and is changing in countries around the world. The book that won the prize is based on the second round of reports from the project and covers approximately 60 countries. The book has almost 40 co-authors – and two of them are employed at UiA. Professor Kenneth Andresen and researcher Abit Hoxha have been involved in the project for several years.

“The research project started in 2012, with the ambition to compare journalistic cultures, working practices and attitudes across many nations, and to investigate whether there are international trends at work”, Andresen said.

“Before this project, few non-Western perspectives could be found. All indicators were measured against a standard of traditional Western journalism research and Western values. This project is unique in that it looks at values in a completely different way – you can compare Mozambique with Kosovo, for example”, Hoxha says.

The research group has spent a great deal of time developing a methodology that makes this possible. Similar words may have completely different meanings across languages ​​and cultures, and in order to compare, one must take that into account.

Worlds of Journalism is the largest comparative journalism study in the world. And it grows. About 70 countries are now part of the project, and the number is expected to rise to 100 in the third round of the project which starts next year. Datasets and results will be opened up to other researchers with different interests and disciplines.

“One interesting aspect of the project is that it is democratically funded – it is not financed top-down, it is funded by the various countries. The two of us, for example, are both trying to fund ourselves and our work in Kosovo. It is a collaborative project, both in method and financially”, Hoxha says.

UiA is a partner in the project and is one of the organisations that contribute funding, including to Hoxha and Andresen’s fieldwork in Kosovo. For the poorer countries that take part, there are some funds in the project that allows them to participate.

“The project has grown both because countries have wanted to participate, but also because we have wanted better coverage in a region. Few countries in West Africa, for example, were represented so we have been trying to recruit”, says Andresen.

About 27,000 journalists in total were interviewed in connection with the second round of the project, which resulted in the award-winning book. And in the next round, there will be more. But the goal is not just the highest possible volume.

“In my opinion, it is not necessary to add many more countries to the project unless they are particularly interesting countries. North Korea and other closed countries, for example, areas that stand out. The goal is to go deeper into each individual country and the various themes. We are investigating the topic of security, for example – how we look at that, and what security means to journalists throughout the world”, Hoxha says. 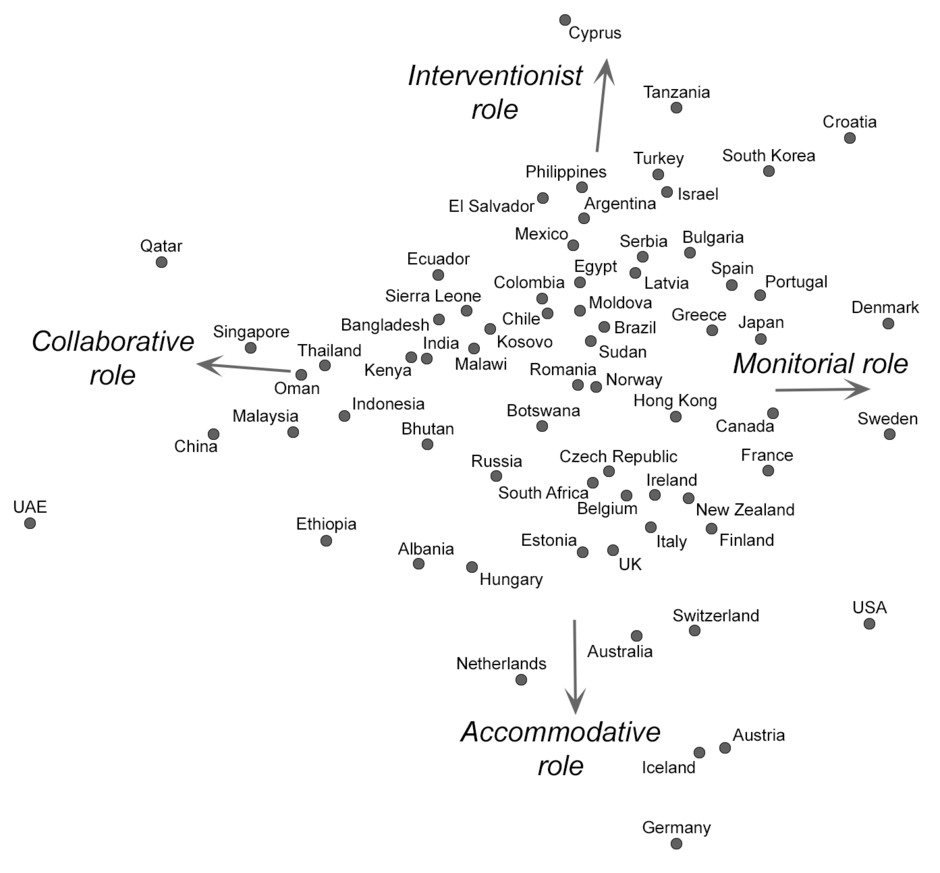 An example of how data from the study can be used to compare different countries.

The changing role of journalists

Andresen and Hoxha’s contribution to the book is a comparative study of working conditions across countries. It is about the background of the journalists, where they come from, and what kind of rights they have and their conditions of employment. They are responsible for Kosovo in the project. They are also involved in research in a number of other countries taking part in the project.

“Journalism is changing and under attack all over the world. Statistics show that working conditions are getting worse, there are more attacks on journalism, also from political authorities, accusations of  ‘fake news’, ‘alternative facts’ and so on. All this criticism means that we want to investigate what happens to the profession itself”, Andresen says.

With a fully digitised society, the threats increase. Issues like privacy protection, online harassment and bullying, things that were not a big issue 10-15 years ago, are increasing. It is now possible to work globally, but the threats have also become global. Online privacy is a real concern for journalists, Hoxha says.

“And this work is important not only to journalists but to politicians and international organisations, journalists' associations and so on. This is not research that is published in journals and forgotten, it is applicable”, says Hoxha. 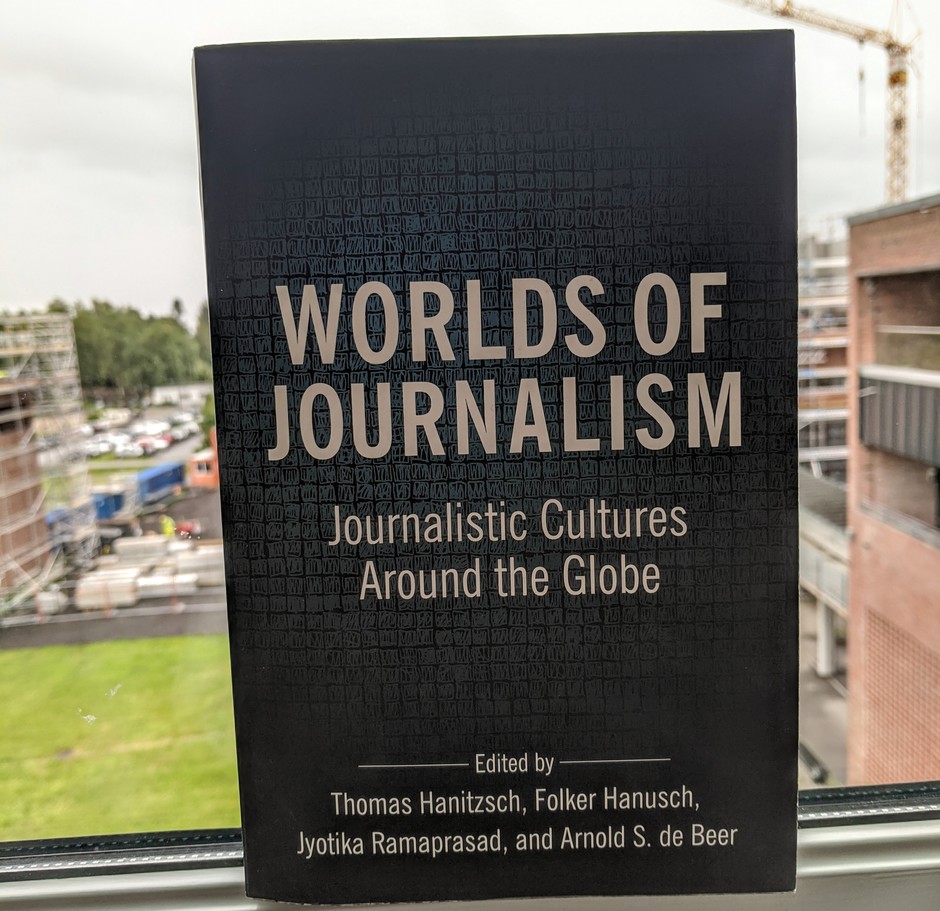 This book won the Best Book Award 2020 in the journal International Journal of Press/Politics.

Andresen says the award is very encouraging. “In this field, it is an acclaimed award, and the journal that awards it is one of the highest-ranked in communication and media studies. It has received a lot of attention, which is good for the project”, Andresen says.

“It is also a recognition that a project where you collaborate with good colleagues over time has produced results”, he says.

And although UiA does not have its own journalism programme, Andresen does not doubt that it is useful for UiA students as well.

“The communication students at UiA will collaborate with and be in contact with press and journalists. They need to know a lot about journalism to do this in a good way, and they need to understand the role of the journalist and how it is changing. This project can give a unique insight in that regard”, Andresen concludes.