“The meaning of life is to improve ourselves”, says Einar Duenger Bøhn. He has written a book on the topic. 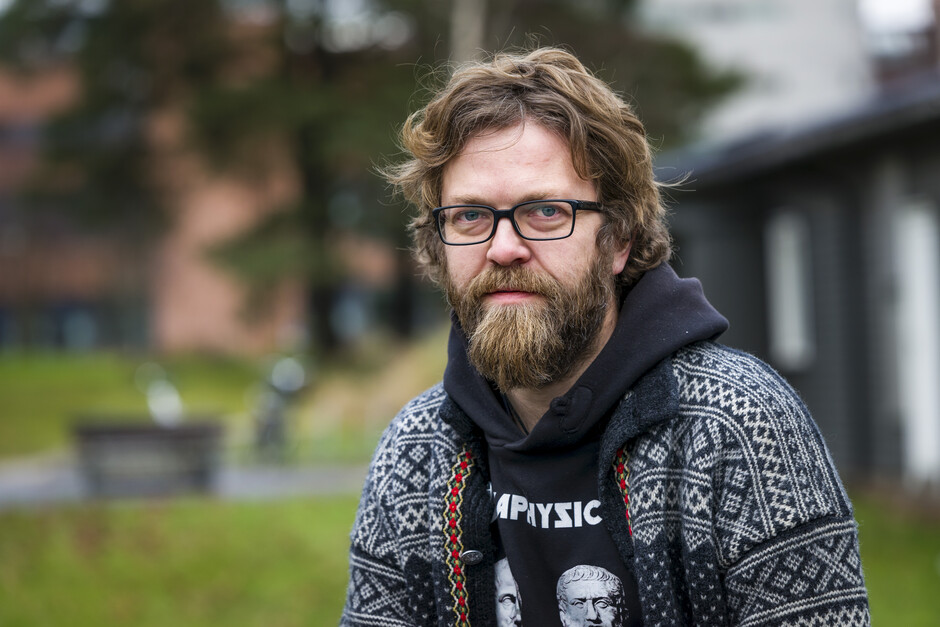 Professor of Philosophy Einar Duenger Bøhn has written his first book in Norwegian, Meningen med livet (The Meaning of Life).

“It sounds like a strict and demanding theory that the meaning of life is to constantly improve ourselves?”

“A bit strict and taxing, yes, but it is true though”, says Duenger Bøhn, professor of philosophy at the University of Agder (UiA).

After publishing several academic articles and a book in English, Duenger Bøhn has written a book in Norwegian for the first time.

“Meaning exists on several levels and there are degrees of it. It has no significance to the world that I each morning try to make the coffee a little better, but it is meaningful to me”, says Duenger Bøhn.

With the story about coffee he tries to demonstrate that meaning is not just connected to large pursuits like technology, art and invention, but that it also concerns the more mundane, and that meaning is for everyone.

“I talk about the objective meaning of life, it is the same for everyone, and it is about improving what we are doing”, he says.

It sounds strict and exacting, but Duenger Bøhn assures us that it is not about self-realisation and celebrating success but about improving the world for ourselves and others.

Why get up in the morning?

“The meaning of life is what makes you get up every morning. Meaning is what drives you. You can experience a happy and good life without chasing meaning, but the good life is not what I have tried to understand”, says Duenger Bøhn.

He agrees that the good life also consists of some parts happiness and good morals but emphasises that the ultimate good life must have meaning.

“The two most important points in my book and my theory on the meaning of life are that there can be meaning to life without a god and that there is meaning everywhere”, says Duenger Bøhn.

Albert Camus and The Myth of Sisyphus, the one who pushes a stone up a long hill only to see it roll back down again when he is almost at the top, is one of the most frequently used examples in Duenger Bøhn’s book.

We will not disclose here whether the professor finds meaning in Sisyphus’ life but can reveal that he does not share the perspective of Camus and the absurd tradition in Western art and thinking.

“I do not think the world is without meaning and values. Life is not absurd and nihilistic”, he says.

A valuable world is the basic premise that makes Duenger Bøhn talk and write about a meaningful world.

This means that the professor rejects that only one kind of value exists. He argues that there are many, and that it is particularly aspects of beauty (aesthetics), goodness (morals) and truth (metaphysics and epistemology) people must try to improve and make meaningful.

“The option of improvement gives meaning to life, and the attempt at improvement makes life meaningful. I believe and claim that the meaning of life is to improve things. It is not just about improving ourselves but everything around us. To improve the world involves creating values that fall under the true, the beautiful and the good”, says Duenger Bøhn.

He plans to continue working on the theme of this popular philosophy book and incorporate the theory into an academic article.

“But what will your next book deal with when your first one deals with the very meaning of life?”

“Ha ha, good question. I have been dealing with this topic in lectures and various articles for well over a decade, so I thought it was about time to write something comprehensive about the topic”, he says.