The University of Agder (UiA) has opened Norway’s first university lounge at an airport. At Kjevik, the airport of Kristiansand, UiA aims to visualise the collaborative opportunities between the University and private business.

At the UiA Lounge, travellers can work and charge their devices while they also get information on collaborative opportunities between the university and private business. 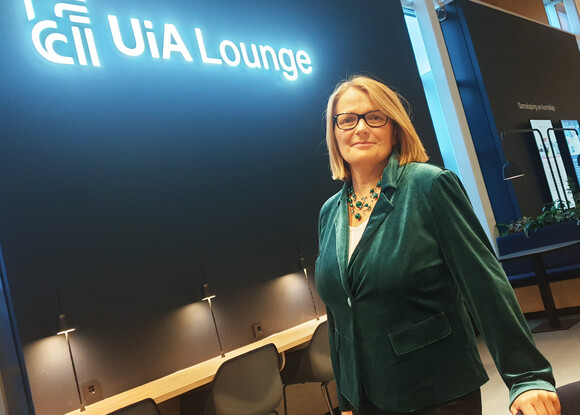 “UiA’s vision is to create new knowledge through collaboration with other parties. We already take part in many collaborative projects between the private and public sector and volunteer organisations. In this new lounge, we hope that many others will get informed about opportunities to collaborate with us”, says Rector Sunniva Whittaker.

The UiA Lounge is located in the departure hall for domestic flights at Kjevik. It is an open lounge which all are welcome to use.

The lounge is divided into two areas. On the left side, there is a quiet area to sit and work. On the right side, several people can work together.

In the lounge, several opportunities for collaboration between private business and the university are visualized, such as examples on collaborations between companies, UiA students and scientists, as well as possibilities for tailor-made additional education for employees.

All seats include a charging station for mobile phones and computers. Avinor offers free wireless network to all travellers, and the university network Eduroam is also accessible.

See more 360-images of UiA Lounge at Kjevik on Facebook

The idea for the lounge was conceived during the celebration of the tenth anniversary of the University of Agder. Ever since, Avinor and the university worked together to create the area.

“UiA would like to encounter more potential collaborative partners, and we think we can find many of them among the travellers at Kjevik. At the same time, customer feedback surveys from Avinor indicated that many passengers missed having a place where they can work and charge their devices. When we realized that these needs had many overlaps, we decided to pursue the development of this idea”, says Øivind Eskedal from UiA, who has functioned as the university’s project manager.

The project turned out to be ground-breaking. No university or airport in Norway has done anything similar before, and there were only very few international examples available.

The UiA Lounge is located in the domestic flights’ hall at Kjevik. The display will vary during the year based on the university’s activity. Now on display is the inter-disciplinary student organization Align Racing.

“We have been considering the possibility of a lounge area at Kjevik for a long time. We want such a facility at Kjevik to tell a story about something we are very proud of in Sørlandet, and when we were looking for a collaborative partner, UiA was at the top of our list”, says Arne Johan Johnsen of Avinor.

At present, Avinor is planning the renovation of other parts of the domestic terminal at Kjevik. The UiA Lounge is part of the first stage.

“We would like the time that you spend at our airport to be enriching, we would like you to learn and experience something new. We are well on our way in achieving that with the UiA Lounge”. Says Johnsen.

Since 2018, Avinor’ s architect and the UiA designer have worked together on a number of sketches and solutions in order to optimize the lay-out of the area.

The number of seats, screens, noise reduction, sightlines, colours and choice of materials were some of the issues.

Consultant Thomas Eikeland Fiskå was the responsible designer from UiA, and he has closely collaborated with the Avinor’s airport’s architect.

“We have spent a lot time on finding common solutions and we have experimented a lot. We have combined the university’s communicative competence with Avinor’s knowledge on how to create a good airport, and we are proud of the result”, says responsible designer Thomas Eikeland Fiskå of UiA’s Communication Department. 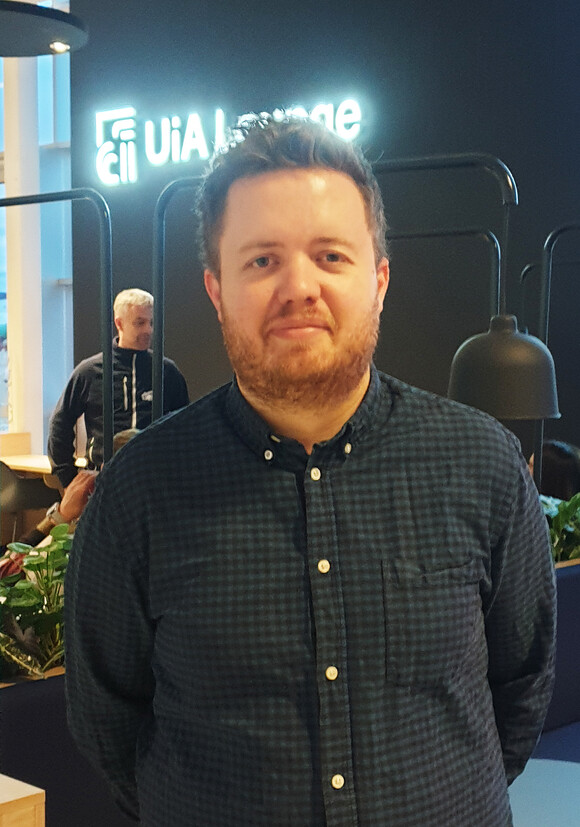 UiA will hire the 63 square metre area initially for a duration of three years, i.e. until the autumn of 2022, with the option for an extension period. The yearly rental cost for the university is around 200.000 NOK.

“We will use this time to develop the concept and harvest the experiences to see if this is something we would like to continue also after 2022”, says Eskedal.