Skeive Sørlandsdager (Southern Norway Pride) is held in Kristiansand from 20 to 27 August. Join the parade - and find out what happens at UiA during that week. 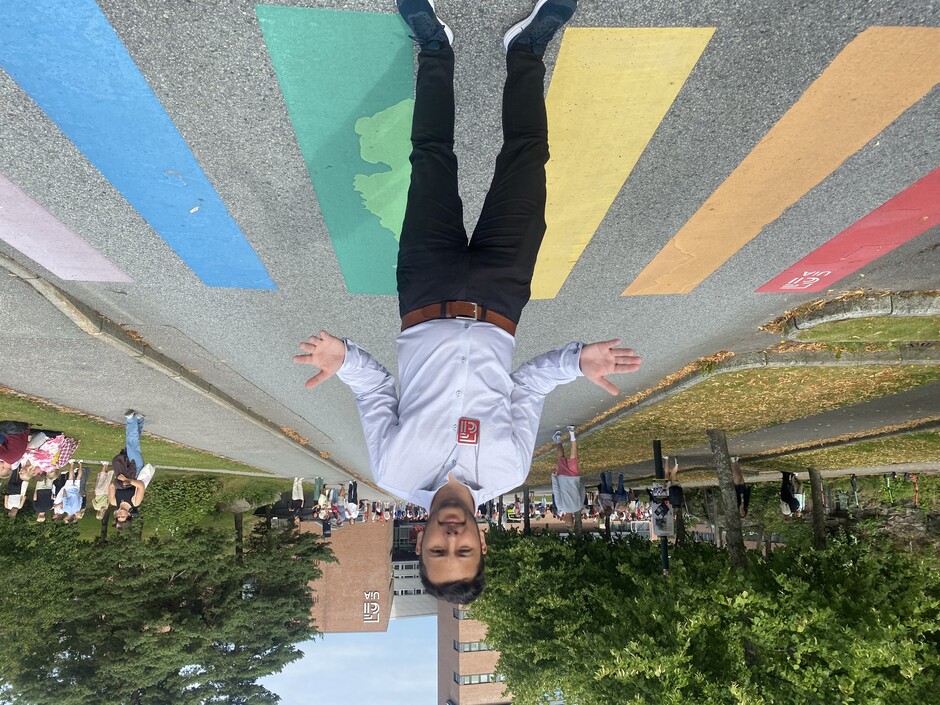 WIlliam T. Svendsen, president of the Student Organisation in Agder, and the management at UiA welcome everyone to UiA.

“It is important to show that we support the right to love whoever you want”, says William T. Svendsen, president of the Student Organisation in Agder (STA) and encourages staff and students to join the Pride Parade on Saturday 27 August.

Both STA, employees and the UiA management will take part in the parade under a joint banner. Skeive Sørlandsdager takes place throughout the week, and UiA is one of the sponsors.

People show up at 13:30 in Tresse near Christiansholm Fortress, and the parade starts at 14:00. After the parade has made its way through the streets in town, a square party on Øvre Torv.

“The concept of diversity is central to UiA's strategy in that we want our knowledge community to be characterised by equality and inclusion”, say UiA Rector Sunniva Whittaker and University Director Seunn Smith-Tønessen.

On Tuesday 23 August, the Centre for Gender and Equality organises a full-day seminar, Mangfoldskompetanse i undervisning (diversity competency in teaching). Sign up by 18 August.

The Centre for Gender and Equality will have a stand on campus where they offer free breakfast on 24 August (Campus Grimstad) and 25 August (Campus Kristiansand).