There are hardly any big cod left in the Oslo Fjord

The stock of coastal cod has also declined over the last few decades, new research shows. 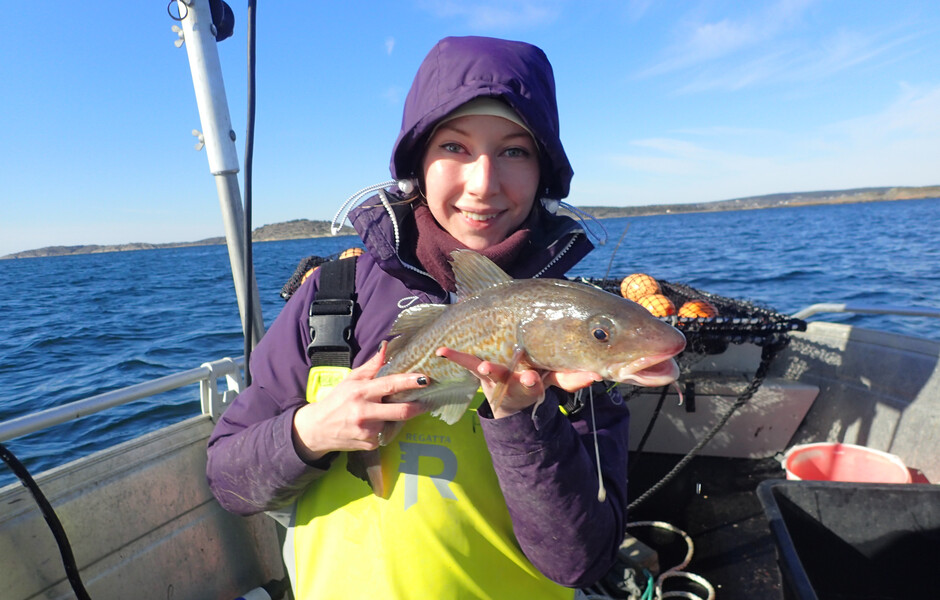 The cod in the Oslo Fjord is a young population of both fjord cod and North Sea cod, new research shows (Photo: Ann-Elin Wårøy Synnes).

“In the 70s and 80s, this area had lots of cod in all kinds of sizes. Now we see a sharp decline and few cod larger than 30 cm, especially in eastern parts of Skagerrak”, says Ann-Elin Wårøy Synnes. 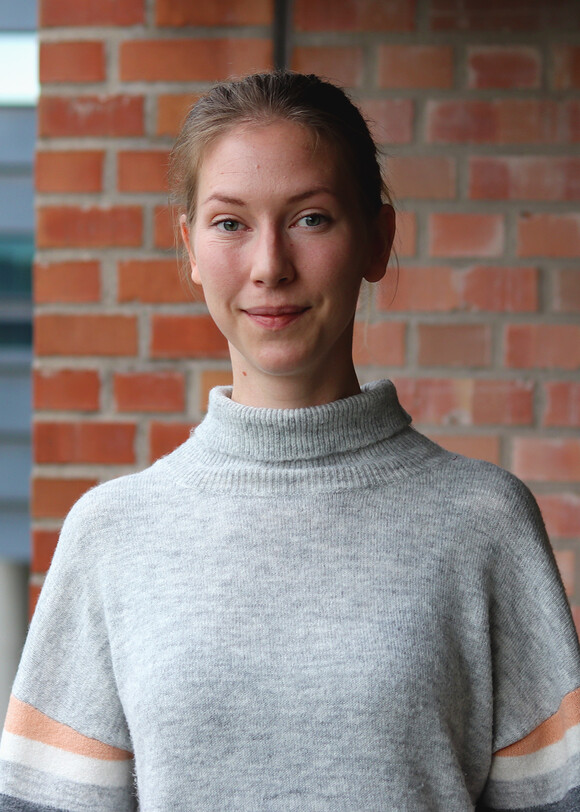 Ann-Elin Wårøy Synnes recently defended her doctoral dissertation on the cod population in the Oslo Fjord.

She talks about her doctoral project carried out in Færder and Ytre Hvaler National Park in the Oslo Fjord over the last three years.

Wårøy Synnes is a research technician at the Institute of Marine Research in Flødevigen in Arendal and recently defended her doctoral dissertation ‘Seascape ecology of Atlantic cod (Gadus morhua) in coastal Skagerrak: population structure, connectivity, and role in fish assembly’.

She has followed the PhD programme in Engineering and Science at the Centre for Coastal Research with a focus on biology and ecology.

“The largest cod are important as they are the best spawners”, says the researcher.

In her research, Wårøy Synnes has looked more closely at the types of cod that can be found in the Oslo Fjord and how to recover the ones lost.

Recruitment of cod in the Oslo Fjord area is very variable from year to year. Some years there are strong cohorts which seem to be dominated by cod fry drifting in from parts of Skagerrak or the North Sea.

Several studies have been done on this year’s fry of cod coming from outside the Oslo Fjord. Some studies indicate that the coastal area is used as nursery grounds, and that the fish then return to the spawning areas in the North Sea or Skagerrak.

Wårøy Synnes carried out her research from 2017 to 2019. She analysed the genes of cod caught in these areas. The cod was caught using 930 fish post.

She diagnosed the cod, investigated whether local populations still exist and whether they produce recruits. In addition, the contents of the fish pots revealed what can be found in the area.

“The cod in the area turned out to be both fjord cod and North Sea cod. Local populations can still be found, and they produce recruits for the area, but they are young”, says Wårøy Synnes.

Most cod from the fish pots turned out to be from 0 to 3 years old. Synnes found hardly any older cod there.

It may look like the cod disappears as it approaches three years of age. There can be many reasons for this, according to Synnes. Firstly, mortality is high, which means that fishing and other sources of mortality are high. Some cod follow the ocean currents into other areas, and the climate and the environment also has impact.

“The oldest cod are usually the largest and the most reproductive. Older cod are also important to preserve the species composition and to keep the population of smaller predators in check. They play a key role in the ecosystem, so we must try to keep them in the area”, says Synnes.

There is little that can be done about the sea temperature or to stop fish from swimming off into other sea areas or fjords. We must regulate the things we can control, according to Synnes.

“We see that if we protect areas that are good spawning grounds and introduce fishing bans, this could potentially help increase the cod population, both in size and quantity”, she says.

This is how the researchers think they can restore the ecosystem, where the goal is to get it back to a slightly healthier state.

In the Tvedestrand Fjord, fishing restrictions have been in place since 2012. Synnes has compared the cod in the Oslo Fjord with cod caught in the conservation area in the Tvedestrand Fjord. The cod here turned out to be much larger than those caught in the Oslo Fjord. The reason for this is that when the cod is left in peace, it has time to grow big.

Important for the surrounding ecosystem

Synnes’ research is part of the work done at the research centre Centre for Coastal Research at UiA. In recent years, the centre has focused on the cod population among other things. The cod population is decreasing, and the centre is trying to find out why it is disappearing.

“Cod is a so-called key species. If it disappears, it will have serious consequences on all the other species in the fjords”, says Synnes.

When larger predators, such as large cod, disappear from an ecosystem, researchers also see that the proportion of smaller predators increases. This propagates down the food chain and changes the composition of the species in the ecosystem. For example, they have seen that when the cod and wolffish population in western Norway disappeared, the population of sea urchins increased. This in turn led to kelp forests being devoured and eaten clean, leaving the area an urchin barren.

Scientists know that cod do not like hot water. Climate change and sea temperatures of 16-17 degrees cause the cod to move towards deeper waters. There is not as much food there as nearer the surface. At the same time, the cod populations in the Oslo Fjord are vulnerable to overfishing from bottom trawling and recreational fishing.

This year, new rules for cod fishing along the Skagerrak coast were introduced. This means that all fishing for cod is prohibited from Telemark to the Swedish border. In addition, a total fishing ban has been introduced in 14 spawning areas from Lindesnes to the Swedish border during the cod spawning season. These strict restrictions will hopefully help the coastal cod populations along the Skagerrak coast.

Wårøy Synnes points out that there is still hope that stocks may recover as there are some cod left.

“We just have to manage what is left in a better way”, she says.

Synnes’ field work was funded by the Institute of Marine Research and the Research Council of Norway, through the regional research fund Oslo Fjord Fund.