The students’ rector takes his leave

“Dear Frank, you have been the students’ rector, and everyone envies us for having had you as UiA’s top leader”, student leader Benedicte Nordlie said during the handover of the chains of office marking the transition from Frank Reichert to Sunniva Whittaker as rector of the University of Agder. 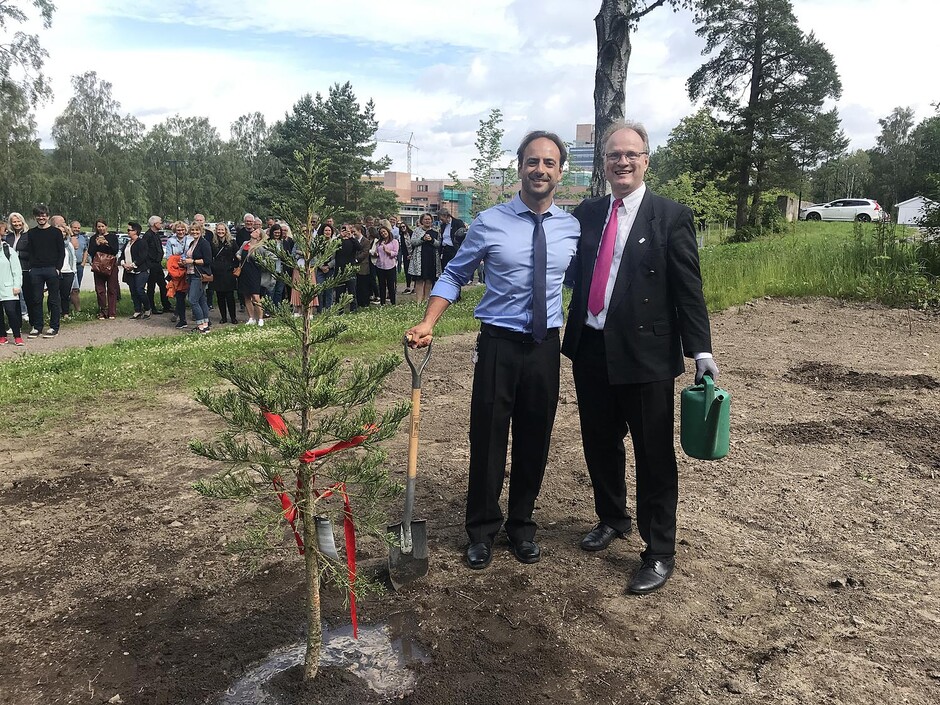 Rector Frank Reichert was asked to plant a tree to symbolise his leaving office. Here with museum director Raul Ramirez.

Sunniva Whittaker takes over as rector at UiA on 1 August, but the ceremony was held today when Whittaker received the chains of office from Frank Reichert. In his speech, Reichert brought up his close relationship with the students.

“Without you students we could close up shop”, Reichert said.

He thanked his two vice rectors, Astrid Birgitte Eggen and Stephen Seiler, for a job well done and thanked his deans and his administration. Reichert encouraged UiA to continue its co-creation efforts and to appreciate the diversity among its students and staff.

Sunniva Whittaker delivered her first official speech as rector, and she emphasised how fond she has grown of both UiA and the region during her two years here.

“Thank you to Frank for your informal style and for an outstanding working relationship among the group of deans. Mutual goodwill and respect are strongly present, and neither is a given”, the new rector stressed while also thanking the outgoing vice rectors and presenting the new UiA rectorate.

“We must build on the great work that has been done! As a university we must lift up curiosity-driven work and carefully protect long thoughts and slow time”, Whittaker said. Dean of the Faculty of Fine Arts, Marit Wergeland-Yates thanked on behalf of the deans and directors.

“This is both exciting and sad. Exciting to meet a new rectorate, and sad to say goodbye to the old one. Frank has given us a culture of transparency and made sure everyone at UiA has a stake in our strategy and vision”, Wergeland-Yates said and encouraged the current deans and directors to carry forward the best from this rectorate to the next one.

County Councillor Tine Sundtoft emphasised Reichert’s role as a driving force and good companion for a region heading towards the future.

“We need a strong UiA to further develop our region”, Sundtoft says. Tree planting and support for Lesvos

After the ceremony with song by the university choir, the Bombom-patrol led the party to a reception and barbeque lunch at the Natural History Museum.

On the way through the park, Reichert was asked to plant a giant sequoia and in that way leave a visible sign of his time as rector at UiA.

“I want to name this tree after former rector Knut Brautaset, who was a very important driving force moving UiA from a free-standing college to university status.

Reichert also wishes to support the Lesvos Campaign on this day. It is a UiA initiated solidarity project supporting refugees in overcrowded refugee camps on Lesvos.

As a parting gift, Reichert requested voluntary contributions to the Lesvos Campaign. Everyone can contribute by donating through Vipps. Choose ‘Kjøp og betal’ and send your donation to number 103923.

At the Natural History Museum, there were also speeches by the Mayor of Kristiansand, Harald Furre, and the UiA Board Deputy Chair, Bjørn Stordrange, who thanked Reichert for his role as board chair at UiA. 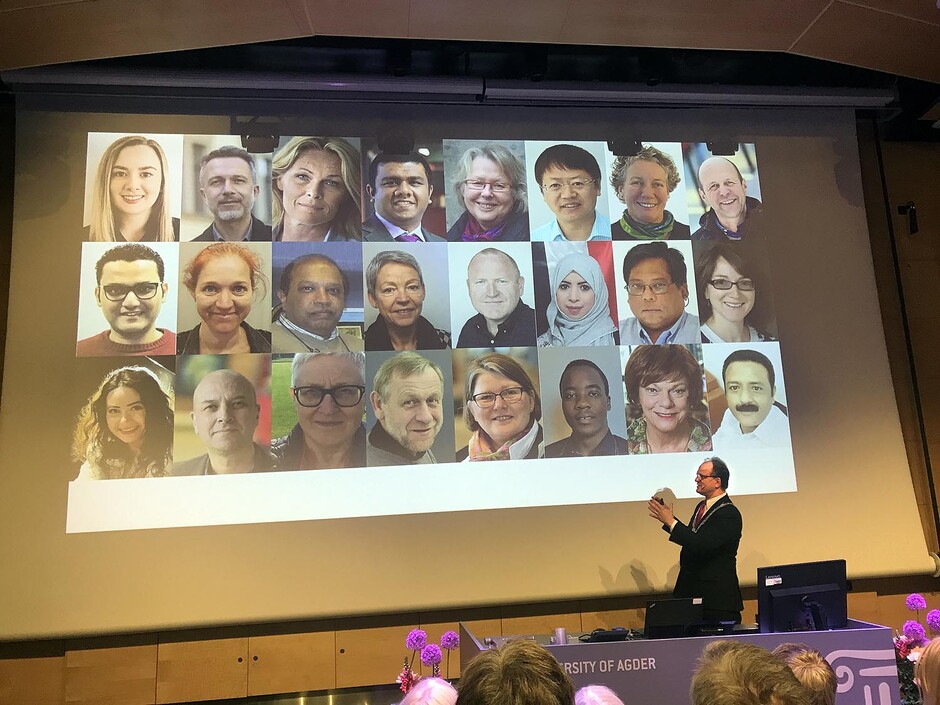 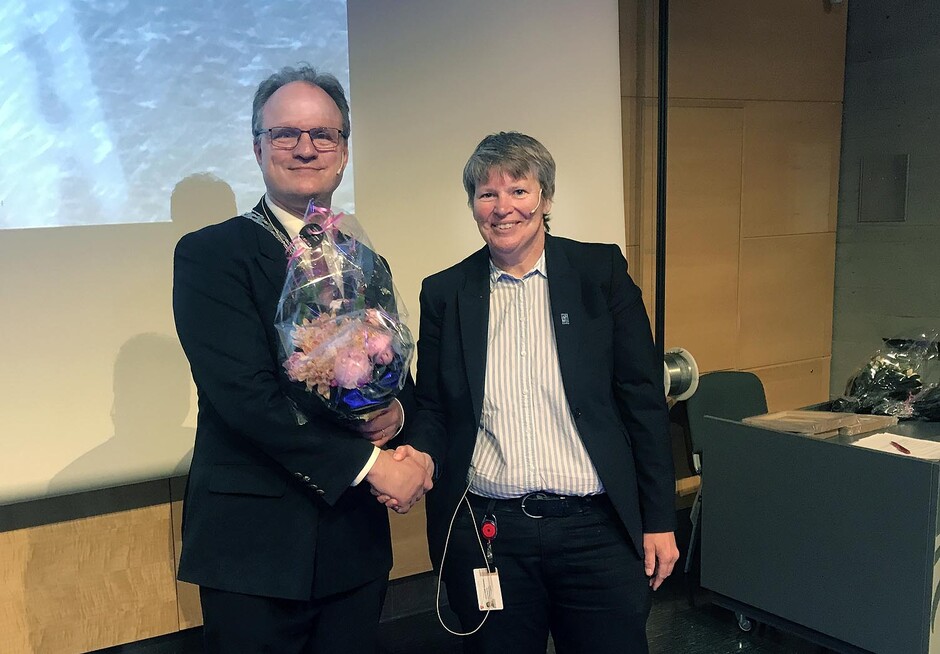