The 2010 election marks the beginning of the Brexit mess

This is stated by Associate Professor Jan Erik Mustad at the University of Agder (UiA). He is in the UK to cover his ninth UK election since 1997 for television, radio and newspapers in Norway. Seven of them were parliamentary elections, one was about Scottish independence in 2014 and one about Brexit in 2016. 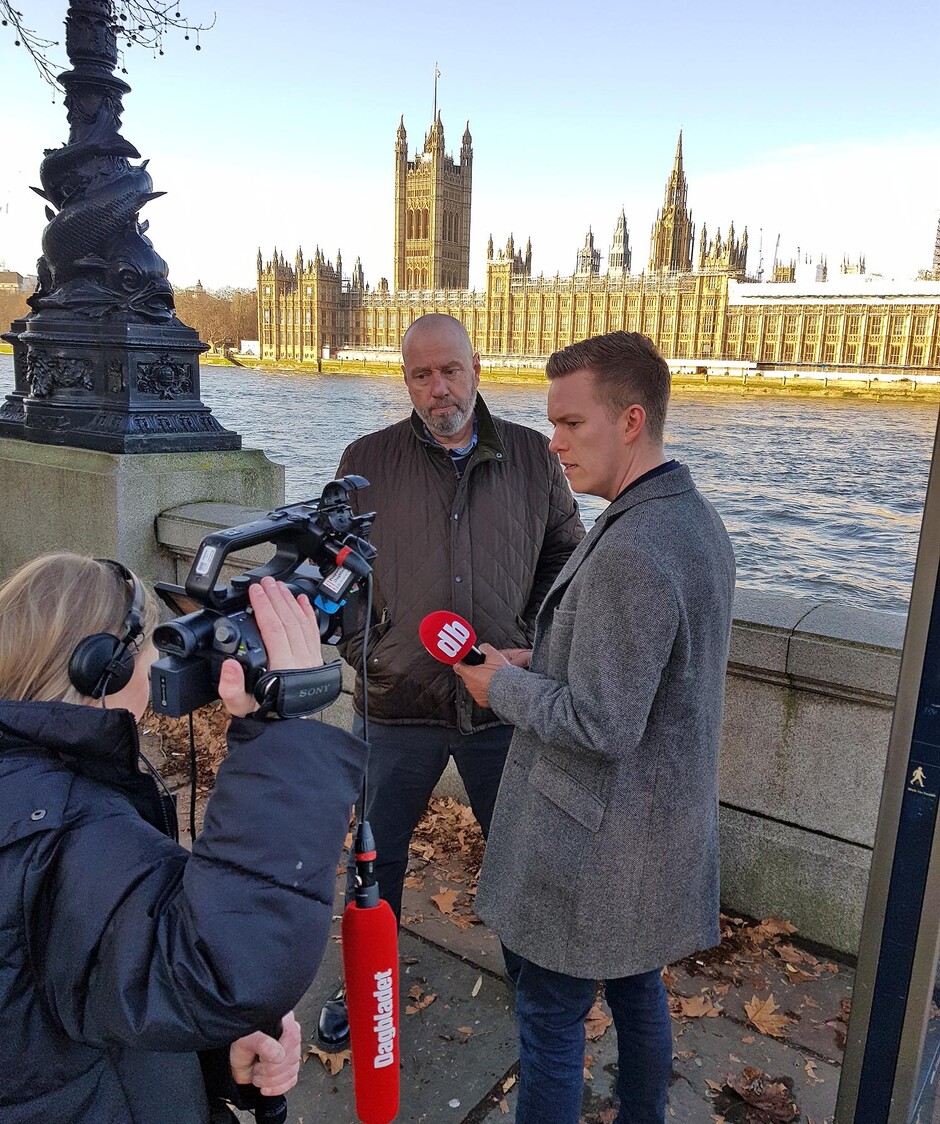 Journalists Lise Rafaelsen and Jesper Nordahl Finsveen from Dagbladet interview Jan Erik Mustad the day before the election in the UK, with the parliament building in the background.

He remembers especially his first election in 1997.

“The 1997 election was the most fun. Everything was new, both for me and the UK. That election was a turning point”, says Mustad.

What was new in 1997 was Tony Blair. He was the party leader who renewed the British Labour Party and set an end to 18 years of Conservative rule.

“There was a euphoric mood in the UK at that time. London was almost buzzing with excitement and anticipation, perhaps most in anticipation of all these new events. All polls were in Blair's favour and everyone knew he would win the election. This was obviously the beginning of something new, both for the Labour Party and the country,” says Mustad.

Something new it turned out to be, and Mustad could report back to Norway about new initiatives for the UK and the British Labour Party. Blair won the election by a clear margin and got 419 out of 659 seats in the House of Commons. 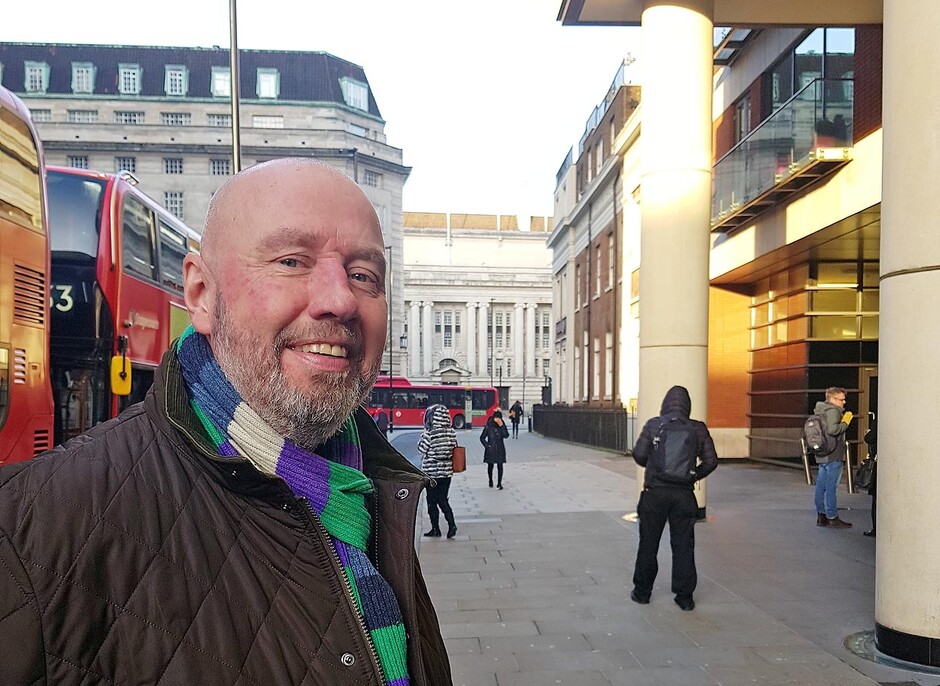 Associate Professor Jan Erik Mustad at UiA now covers his ninth election in the UK. Here he is with County Hall in the background, seat of London’s government until Margaret Thatcher abolished it in 1986.

While Blair was the new wine for many years, his heir Gordon Brown was more of an old trotter. He was a proper politician, according to Mustad, but lacked Tony Blair's charm and eloquence. And at the 2010 election, the time was up for Labour and Brown.

"This was the first elected coalition government in the UK, so David Cameron brought something new as well," Mustad says.

The Brexit mess begins with the 2010 election

But in retrospect, another point is more important than Cameron becoming prime minister and the Conservatives forming a coalition government with the Liberal Democrats.

When Cameron formed his coalition government with the Liberal Democrats, it was because the Conservative Party had lost votes to UKIP (United Kingdom Independence Party), a Eurosceptic party established in 1993 and advocating UK’s complete withdrawal from the EU.

Ambivalent to the EU

“The UK Conservative Party has always had conflicting attitudes to the EU. Both before and after the country became a member of the EU in 1973, views about the EU have been divided within the party”, says Mustad.

And with UKIP's progress in the 2010 election, several party members argue for leaving the EU.

“To reduce tension in his own party, restore calm and win back the UKIP votes in the next election, David Cameron promises a referendum on EU membership during the 2013 Conservative Party Conference if he continues to lead the party and wins a majority in the next general election”, says Mustad.

Wins the election but loses the power

Cameron wins the election in 2015 and immediately begins to prepare for a referendum on the EU. Prime Minister Cameron himself was a supporter of the EU and wanted to remain in the union. The prime minister and like-minded party fellows ​​were confident they would win the referendum.

The rest is Brexit history, and what the UK expert calls Brexit paralysis.

On 12 December, the UK will elect their prime minister and determine the road ahead for Brexit.