Street fights were part of the political culture

UiA researcher dispels historical myths. Charlie Krautwald shows that the Danes were more characterised by conflict than political consensus in the 1930s. 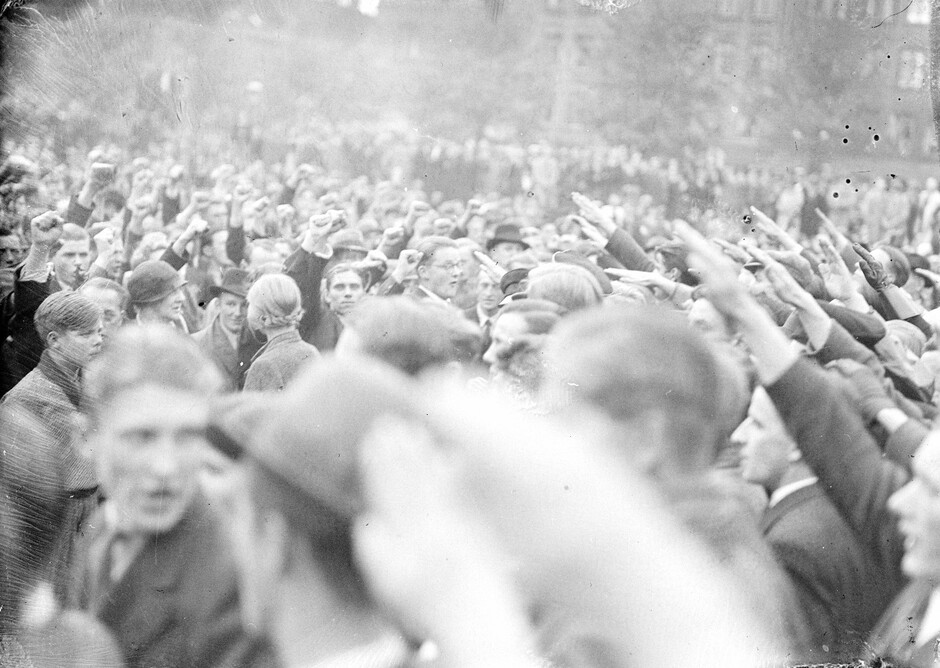 Protesters and counter-protesters in connection with a conservative demonstration at Blågårds Plads in Copenhagen, 29 September 1935. Museum of Copenhagen.

“Demonstrations and street fights were more common in the 1930s than researchers previously thought. Violent confrontations were not linked to political extremism, but part of the public political debate”, says Charlie Krautwald. 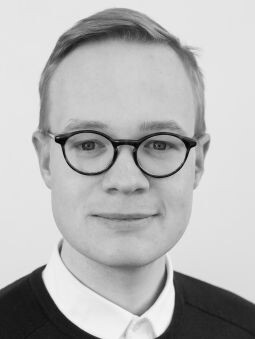 Police reports, manifestos from various political parties and propaganda posters are among the sources Charlie Krautwald used in his doctoral work. He also examined photos of the street fights. They show that both women and men took part in the street violence.

The Danish historian has been living in Kristiansand in recent years. He has followed the PhD programme at the Faculty of Humanities and Education at the University of Agder (UiA).

He recently defended his PhD thesis in history entitled ‘Kampen om gaderne: Gadepolitik og rumlige krav i 1930’ernes politiske kultur’ (The struggle for the streets: Street politics and spatial conflicts in the political culture of the 1930s).

In eight sub-studies, he shows how marching in the streets, posters on the walls, rallies in the squares, and even fighting between youth from different political parties was an integral part of Danish politics in the 1930s.

Election campaigns on the streets

The background for these street demonstrations was the development of democracy. Democracy was young and had not yet found its form in Denmark and other European countries. The historian reminds that democracy collapsed in Italy and Germany.

“The time period was marked by new ideologies, economic crises, mass politics and the question whether democracy would survive. Street politics was an important part of the struggle for voters and brought with it violent confrontations between young people on the political right and left”, Krautwald says.

The streets were a social and public space

He compares the streets and squares of the 1930s with today's social media.

“Today , debates take place on social media. At that time, the street was the most important public and social space where you could meet the most people. The interwar period was the first time in history when a majority of people could stand for elections. Democracy invited people to take to the streets, as it were”, says Krautwald.

He emphasises that the street fights were not made up of troublemakers.

“Street demonstrations were included in the strategy of the various political parties. And street marches were part of the political negotiations for power and influence”, Krautwald says.

The working class against the bourgeoisie

According to the researcher, street demonstrations were not a new phenomenon in the 1930s. As far back as the 19th century, it was common for Danes to take to the streets to convey their views.

“Conquering the streets with posters and protest marches is also a matter of gaining symbolic power over the outdoor space. It is about showing everyone who has the right to the streets and different areas of the city”, says Krautwald.

His dissertation shows that towards the end of the 19th century the working class had established itself on the streets and squares of Copenhagen. Throughout the 1930s, the political right tried to win back the streets.

“Both the Right and the Left sought to provoke by marching in the core areas of ​​their political opponents. This was a deliberate strategy”, the historian says. 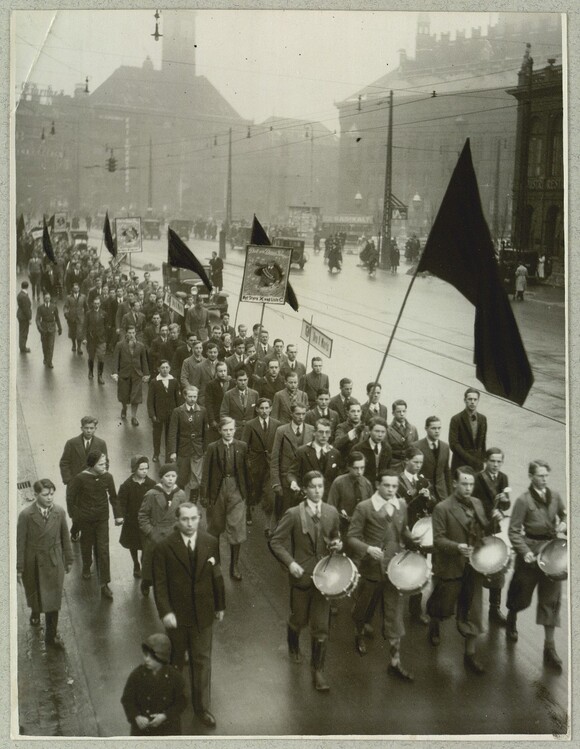 “These areas were the focal points of the demonstrations. But it was not just Nazis against communists on the streets. All political parties from left to right were represented, both conservatives who were not Nazis and social democrats who were not communists”, says Krautwald.

When the new doctor of history is asked what is new in his dissertation, the reply comes quickly:

“The new thing is that I have investigated it.”

He points out that previous historians have concluded without examining the political mobilisation on the streets. He says the views about the 1930s in Politikens Danmarks Historie 14 Volumes (John Danstrup and Hal Koch, 1965) have been reproduced until today.

He is critical of the traditional Scandinavian research which portrays the political culture in Scandinavia as particularly characterised by consensus.

“Historians have reproduced the consensus thinking that we are particularly good at compromising in Scandinavia. My research shows that the Right and Left also stood firmly against each other in the 1930s. They were far from agreeing on the direction society should take”, says Krautwald.