Professor Kjetil Magne Dørheim Hals at the Faculty of Engineering and Science has been granted NOK 8 million from the Research Council of Norway to prepare for starting a new research area in Norway: antiferromagnetic spinmechatronics. 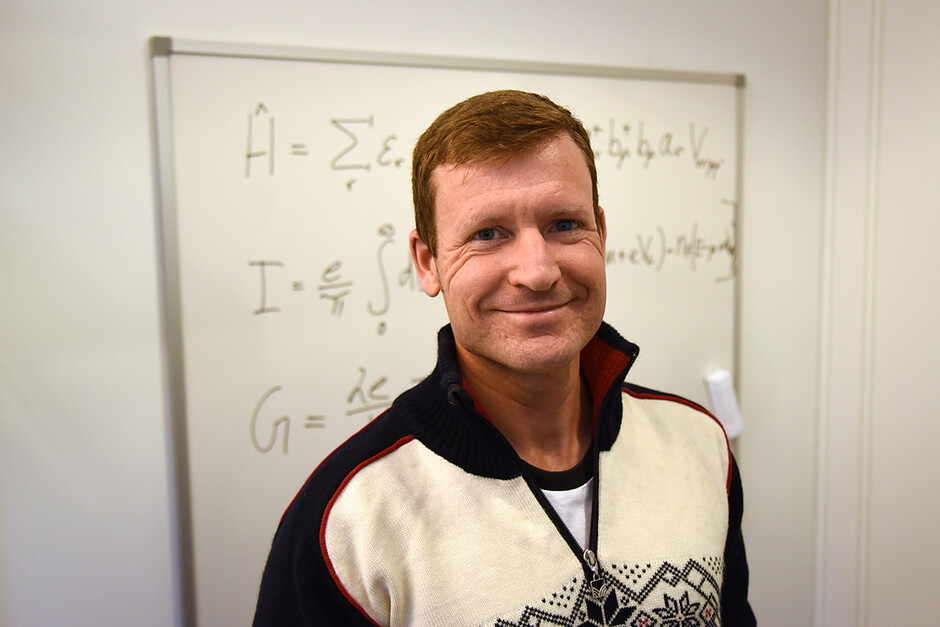 GROUNDBREAKING WORK: For the next four years, Professor Kjetil Magne Dørheim Hals will be working on a new research area in Norway that may have an impact on RAM in future computers, among other things.

The professor in Grimstad was recently granted the money from the Research Council of Norway’s prestigious programme FRIPRO Young Research Talents. The programme is an open competitive arena that promotes all fields, where free research and academic quality are deciding factors and aims to give young and especially promising researchers the opportunity and independence to develop own ideas.

"It was great to receive the message that my project proposal had been accepted. The funding is allotted for four years, and, in addition to myself, it will employ one PhD candidate and one postdoctoral research fellow here in Grimstad. It will also make collaboration with good colleagues at Johannes Gutenberg University Mainz in Germany possible," Kjetil Magne Dørheim Hals says.

The professor works at UiA’s Department of Engineering Sciences, within the field theoretical physics, specialising in spintronics and spinmechatronics. Both areas have a basis in what is known as the spin properties of an electron. i.e. the fact that an electron spins around its own axis, sort of how the Earth rotates (spins) around its own axis.

"This is where we want to go a step further: Until now, most of the research within spinmechatronics has been concentrated around how to implement ferromagnetic materials in spin-based engines, meaning materials that are magnetic. Instead, we want to look closer at how we can use materials that are not magnetic but still contain some of the properties similar to those of ferromagnets. Such materials are called antiferromagnets," he explains.

The research project which the Research Council of Norway approved has primarily a theoretic focus. However, Kjetil Magne Dørheim Hals is not excluding that it might be of use for practical development of nanomachines.

"We have to consider that as this is developing. If we believe it is useful to see how this works in practice, we also have the possibility of including practicians in the project," he says.

"Still, insights and results from the research will primarily be used to demonstrate theoretically how a new type of ultra-fast spinmechatronic machines in nano-scale can work. Hopefully, they will be machines that are more stable and provide new and different output signals than those that have been looked into previously" Kjetil Magne Dørheim Hals says.