Small farmers lose out on climate change and modernisation

The government’s measures are poorly adapted to the small-scale farmers in the Andean mountains, and the indigenous way of life has been put under pressure. This emerges in a new book by UiA researcher Astrid Bredholt Stensrud. 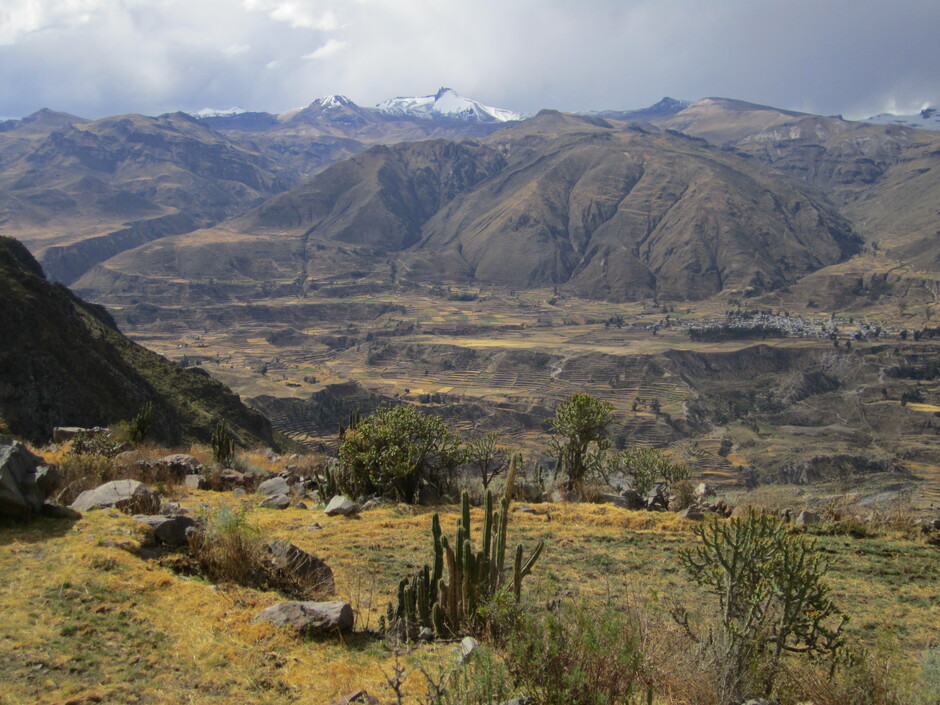 The landscape in the Colca Valley is characterised by webs of canals on steep slopes. Here is the village of Lari with snow-capped mountain peaks in the background.

“Water resource policies, climate change and the modernisation of agriculture in the Colca Valley in Peru have created large farms along the coast but negatively affected small-scale farmers and indigenous peoples’ way of life in the steep mountain slopes of the Andes”, Astrid Bredholt Stensrud says.

She is an associate professor at the University of Agder (UiA) and recently released the book Watershed Politics and Climate Change in Peru. The study is published by the academic publisher Pluto Press.

The book is part of a series that puts emphasis on how social, political and economic developments affect people’s daily lives. This can be described as an ethnographic study (field study that describes cultural practices) with an anthropological perspective (humans as social beings).

The book is based on her own fieldwork. Stensrud has been to Peru on several occasions and has observed the development and maintenance of canals and dams. She has conducted formal and informal interviews with small farmers and others in the local community. Engineers and representatives from public and private enterprises were also interviewed.

For a total of 13 months, she worked in the Colca Valley in the Andes of Peru in the period from 2011 to 2014. She investigated how small farmers from the local communities and engineers from public and private enterprises collaborated on the development, maintenance and use of water facilities. 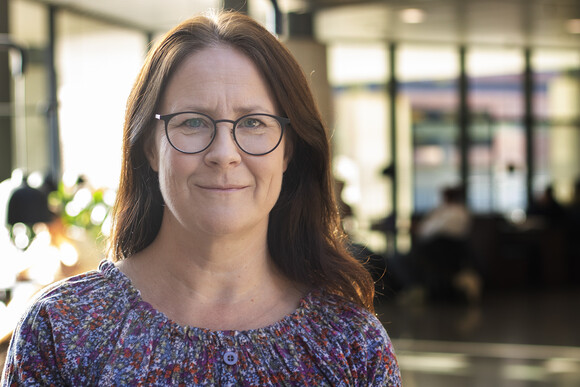 Associate Professor Astrid Bredholt Stensrud has spent a total of 13 months in Peru collecting material for research that has now resulted in a book.

Small farmers in the Andes are affected by climate change and the constant changes in water policies introduced by the state. In addition are the international development projects and climate adaptations implemented under the auspices of the UN and the World Bank.

All these measures come from above and are not adapted to the farmers’ conditions.

“Smallholder farmers who already are the most vulnerable, become more vulnerable with national and international changes introduced by the state and international organisations. This is how social and economic inequalities are reinforced”, says the researcher.

She emphasises that viewing water and nature solely as a resource is not a given.

“The book challenges the tendency to put ways of living and being into predefined categories”, she says.

The book is about tensions, conflicts and negotiations between small farmers and engineers over the use of watercourses. The small farmers are indigenous people in the Andes. For them, the watercourse has always been more than an economic resource.

“The farmers respect the water and the mountain as living beings, and food and drink is offered to the water, for example. To them nature has agency and will that people can cooperate with, but with modernisation, the government has only seen the water as a resource”, the researcher says.

The book invites the reader to reflect upon the relationship between nature and humans. Stensrud believes this is important because the global challenges of climate change must be solved locally.

This is largely what has happened in the Colca Valley: People on the outside define the problem as water shortage. Then they introduce modern water technology that does not provide more water but leads to increased social inequality among small farmers.

“We cannot simply transfer technological solutions from one context to another without creating new challenges and conflicts. The local people must be involved in defining the challenges they face and be involved in the development of possible measures”, Stensrud says. 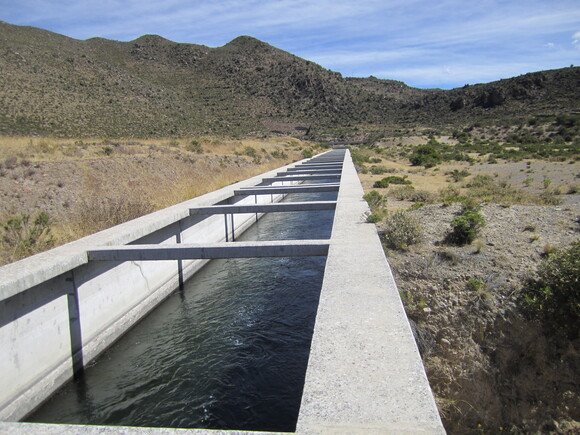 The 100-kilometre long Majes canal was completed in the 1980s as part of the modernisation project in Peru.

Canal construction as a voluntary effort

This way of living and working with the land comes into conflict with the government’s market-oriented development policies. Dams and large canal systems have been constructed to bring the water down to the desert areas between the mountains and the Pacific coast. This is to facilitate large-scale industrial agriculture, modernisation and economic growth.

“This development does not benefit any of the small farmers. Their farms are in the rugged terrain on the mountainside, while the new canals lead the water down to the area next to the Pacific Ocean where large-scale and more industrial farming is conducted. Indigenous farmers in the Andes see that both water and economic resources are being supplied to the cities and industrialised agricultural facilities, and that they are excluded”, Stensrud says.

It is not all bad according to the researcher. A new diversity has emerged in the relationship between indigenous peoples and the state. The book describes engineers who were born in the Colca Valley and grew up there. These engineers know the value of respecting and honouring the water and the mountain and know that they can be volatile and dangerous if sacrifices are not performed.

“As engineers, they participate in two worlds, the smallholder world and the world of engineering. With this as starting point, they work for the state and the World Bank to establish modernisation projects in their home districts”, Stensrud says.

Many small farmers cooperate with the government on these projects.

“Life in the Andes is complex and diverse, and it is a simplification to say that life there is only about indigenous peoples versus the state and capitalism. Their way of life shows that it is entirely possible to live in different worlds simultaneously”, Stensrud says.