Sinn Féin may become the largest party in Northern Ireland 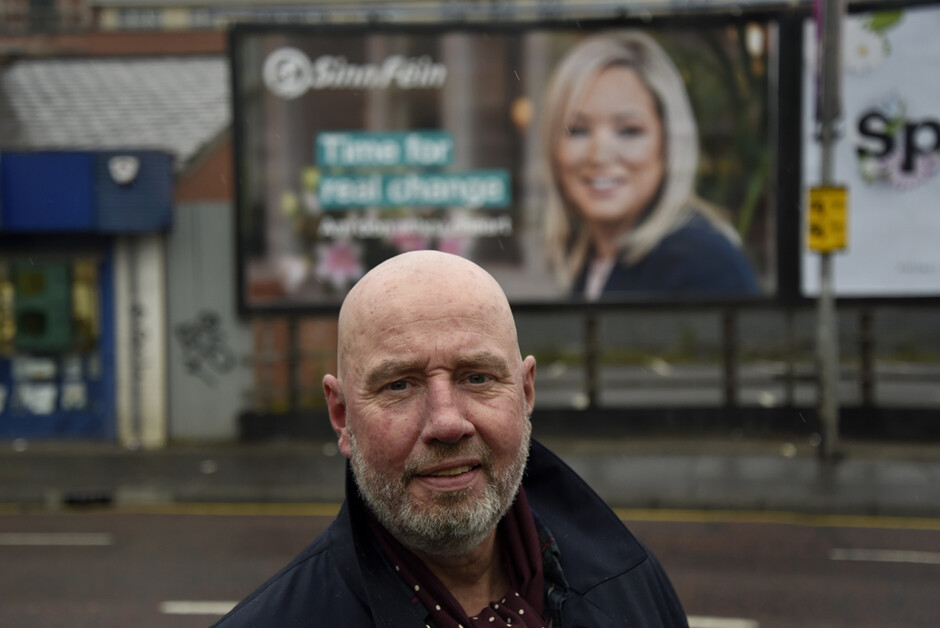 Associate Professor Erik Mustad predicts that Sinn Féin will become the largest party in Northern Ireland in this year’s election to Stormont, the Northern Ireland Assembly. Here in Belfast in front of an election poster of the party’s first candidate Michelle O’Neill.

“Here in Northern Ireland, there is considerable excitement about how Sinn Féin will do in the upcoming election. A nationalist party may become the largest party for the first time since Northern Ireland was established 101 years ago”, says Erik Mustad, associate professor in English at UiA.

The Irish republican party Sinn Féin is active in both Ireland and Northern Ireland, with the main goal of reuniting Northern Ireland with the rest of Ireland. The party had a very good election in 2017, when it won as much as 27.6 per cent of the vote. This year, however, support has declined somewhat. Sinn Féin has been at around 26 per cent in the polls in recent months.

But although support may have declined slightly, the party is still ahead in the election predictions. The biggest competitor is the Democratic Unionist Party (DUP), which wants to keep Northern Ireland as part of Britain. In the last election, the party won 28.1 per cent of the vote. The latest opinion polls now say that the party could win around 20 per cent.

“The DUP almost collapsed over the last year and a half. The party appears to be divided, with a leadership that is not united, and the party is clearly marked by internal unrest”, Mustad says.

The DUP has also made several poor political judgements in recent years. For example, the party supported Boris Johnson over former Prime Minister Theresa May. It supported Brexit and the Northern Ireland Protocol, the Supplementary Agreement to the Brexit Withdrawal Agreement between the EU and the United Kingdom. 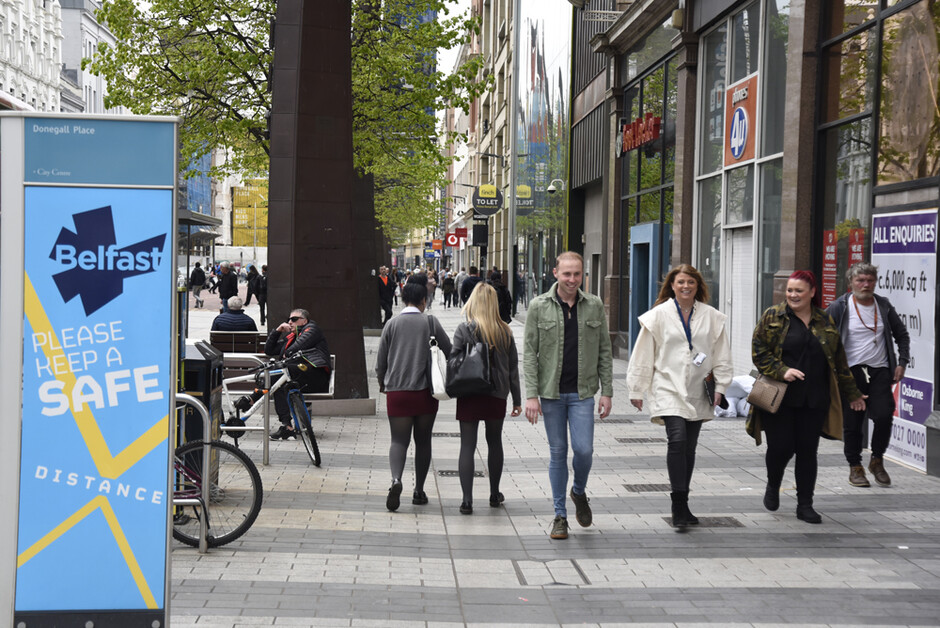 Many young Northern Irish people do not identify as strongly with the old for-or-against-Ireland-or-Britain rhetoric as their parents. The opinion polls show that more people are voting for parties closer to the centre, such as the Alliance Party and the Green Party. Here from the Donegall Place shopping area in Belfast.

The liberal centrist Alliance Party seems to have benefitted from the DUP’s loss of votes. The party has adopted a neutral position on the question of either a reunited Ireland or continued union with Britain. The party is also opposed to the points in the Good Friday Agreement of 1998. The agreement of 1998 in Northern Ireland was supported by most political parties. It mandates power-sharing in the provincial assembly to ensure that no political party can have sole majority.

The Alliance Party believes that the power-sharing principle limits what is possible to achieve politically in matters dealt with by the National Assembly. The assembly and the provincial government will thus have nowhere near as much power to act as it should have.

Majority for union with Great Britain

The voters who have left the DUP have gone to the Alliance Party, the Green Party or other smaller unionist parties. Few people believe there will be a majority in the assembly for secession from Britain and union with Ireland.

“The old dividing lines will probably still be there”, Erik Mustad says.

Exactly how large the majority for continued union will be, however, is difficult to say. With the exception of Sinn Féin, the DUP and other smaller parties on either side, there is a growing majority represented by the Alliance Party and the Greens who do not want to take a stand on this heated issue.

“One thing is for sure: a Sinn Féin victory will give renewed momentum to the long-term campaign for a united Ireland. It will also be a historic turning point in a place that is still going through a delicate peace process, and could lead to months of political uncertainty”, Erik Mustad says.

“Seen in the context of Scotland, where the Scottish Nationalist Party already is in power, having nationalist parties in two parts of Britain as the largest parties will also mean that the image of Britain has never looked less united”, he says.