Showed support for Ukraine through music

Watch the powerful performance of the Ukrainian national anthem by 18 students from different countries, on 10 March in Vrimlehallen. 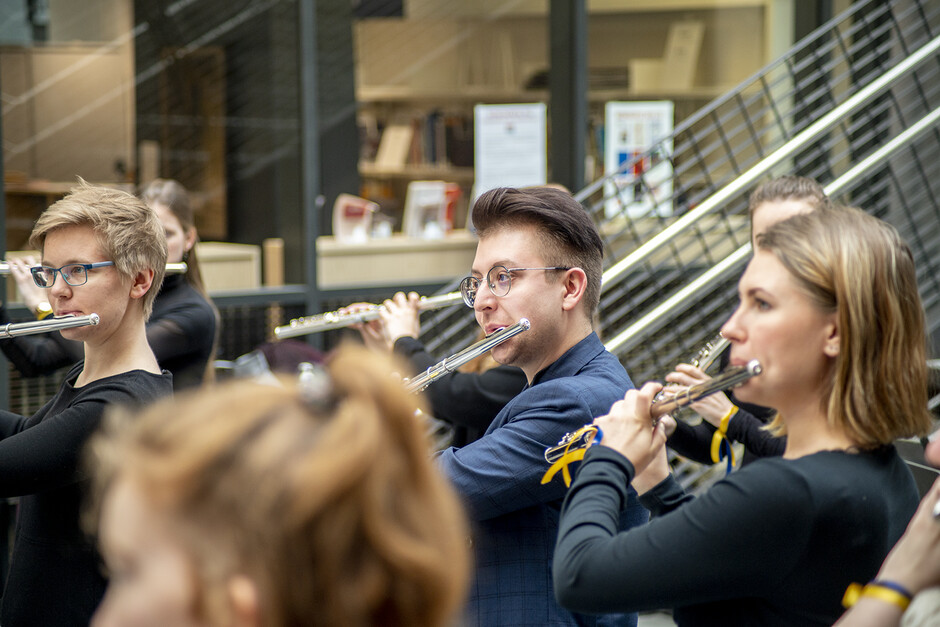 “It’s our form of support for freedom, independence, and peace in Ukraine and in the world”, said student Piotr Jagiello-Stanowski when introducing the special performance in Vrimlehallen, Campus Kristiansand.

18 students from various countries – all studying at the Department of Classical Music and Music Education at UiA – invited fellow students and employees at UiA to show support for Ukraine in Vrimlehallen, Campus Kristiansand.

After the outbreak of the war, they have worked on a special instrumental version of the national anthem, ‘Ukraine is not dead, nor its glory and freedom’.

The students come from Kosovo, Slovakia, Germany, Poland, China, the Netherlands, and Norway. They were also joined by some of their professors.

On the invitation of the students, Rector Sunniva Whittaker was present, thanking the students for the special initiative.

“This is a terrible situation for all of us – for students, academics, and the whole population of Ukraine, but also for the population in Russia and Belarus, who are all victims of what the authorities are doing. Our thoughts go to everyone who is suffering at this moment”, she said.