Sense and Sensibility in the Business Sector

Creative industries are growing, but the economic theories do not explain why. New research from UiA attempts to comprehend the growth. “Recent economic theories are rational, but the creative industry is not driven by economic rationality alone. As a result, economists are not able to explain this sector’s progress,” says Boyke Rudy Purnomo.

The researcher has studied industries like art, architecture, computing, gaming, design, advertising, craft professions and fashion using data from Indonesian companies. New UN reports suggest that creative industries are in growth throughout the world. This growth also applies to the companies that Purnomo has studied.

“Seen from an overall perspective, the creative industry contributes to economic growth for Indonesia. It provides income, export opportunities and workplaces,” says Purnomo.

He also points out that the industry has, in addition, a non-economic contribution to make, which he calls “inspiration”.

Purnomo recently presented his doctoral thesis at the School of Business and Law at UiA with the title Essays on Entrepreneurships and Creative Industries. In it, he explains how Indonesian companies in creative industries are experiencing both growth and success.

The thesis comprises three essays. In the first of these, he concludes amongst other things that intrinsic motivation is something that dominates the artistic philosophy and contributes to growth.

The second essay launches a method by which to measure how this philosophy leads to growth, and one answer is that the company must have financial literacy whilst simultaneously allowing the intrinsically-motivated creative worker free reign.

“Whilst the first essay answers the question as to what artistically-oriented production is, the second refers to how this orientation can be measured, and the third essay scrutinises this measurement method and confirms that it works,” says Purnomo.

In this way, the research has produced a new theory of economics which can explain the success factor of creative industries. 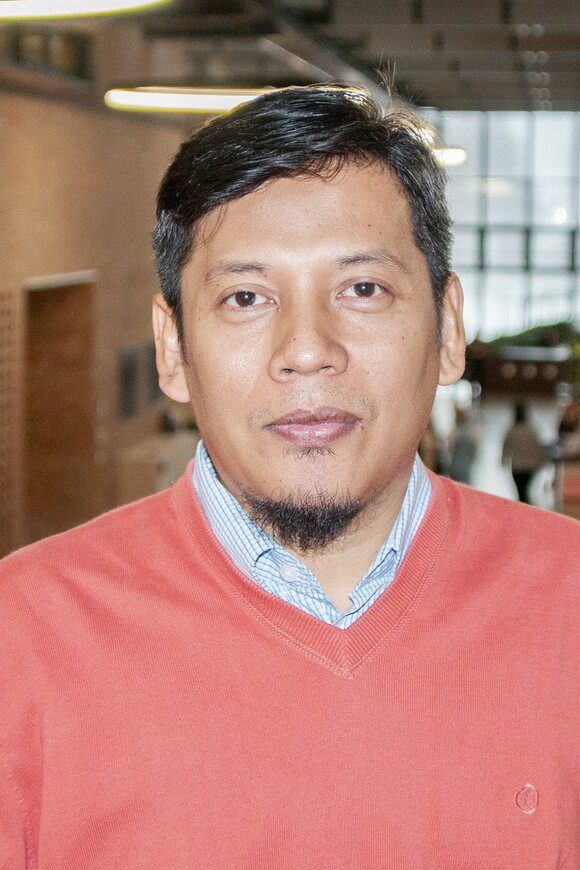 Boyke Rudy Purnomo has taken his doctorate at the School of Business and Law at UiA, and has supplied a new economic theory which explains the motivation for the growth of creative industries.

The role of intuition

According to the researcher, there are two main categories within the creative industry. The first is an industry driven by rationality, whilst the second is one driven by intuition.

Economic theory can explain the rationally-based industry, but not the intuitive one. One example is how classical economic theory sees that more of a particular product is produced than there is demand for from the market. In this case, the price will usually also become lower.

“But the opposite happens, for example, within the visual arts market. Even though a painting achieves a high price and the market demands more pictures from the artist, more pictures will not necessarily be produced. The high price is connected to the inherent exclusivity,” says the researcher.

An industry in growth

Creative industries operate in the crossover field that exists between economics and culture. Recent classical theories of economy and management usually require that the individual person is a rational and economically-oriented being acting on the basis of the desire to maximise the usage and values connected to the company’s work.

“These theories are not especially fitting in relation to many actors within creative professions or industries,” says the researcher.

“Creative actors are intrinsically motivated and usually from an aesthetic and artistic orientation. The driving force is developing products and services,” says Purnomo.

He follows the French sociologist and theorist Pierre Bourdieu, amongst others, who assumes that people are either economically or artistically motivated.

“The artistic philosophy has been the subject of little research, and I have tried to find out how the artistic and intuitively-oriented producer thinks when he develops ideas and products,” he says.

The researcher has found that intrinsic motivation from carrying out work is the key to success for creative industries. Artistically-oriented people are self-motivated. They are motivated by their work tasks and the process of inventing something new.

“Intrinsic motivation is one of the critical factors for growth in this branch. For the artistically motivated worker, expertise, self-determination and a sense of belonging are important. This individual is concerned with details in their work, and wishes to work independently, but also to belong to a group of colleagues and have leaders who acknowledge their work,” says Purnomo.