According to the jury, this year’s winners of the Eilert Sundt Prize submitted an impressive and comprehensive essay about how young people today experience being in a multicultural classroom. 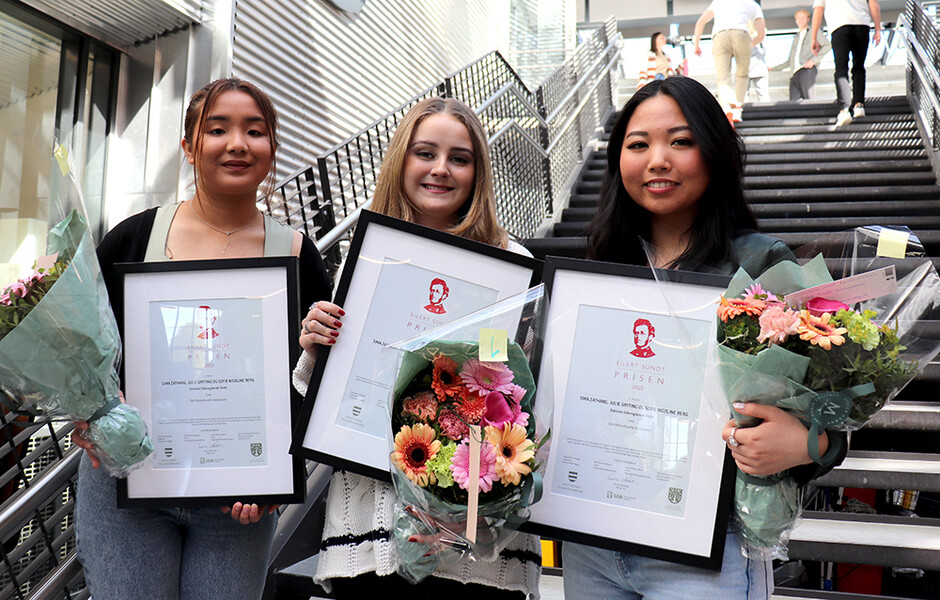 There was much cheer from secondary school students Sima Zathang, Julie Gryting and Sofie Nicoline Berg when the jury announced the winners of this year’s Eilert Sundt Prize. The students have investigated how young people experience being in a multicultural classroom.

“We were quite surprised since there were so many good essays and are happy we got something in return for the hard work writing it. It was fun, and we learned a lot by taking part in this and got a good sense of mastery”, says Sima Zathang.

She and fellow students Julie Gryting and Sofie Nicoline Berg from Dahlske upper secondary school wrote the winning entry ‘The multicultural classroom’. In their essay, they investigate whether students are able to communicate effectively in a classroom where others have different cultural backgrounds.

The prize winners looked at whether young people are less prejudiced against students they know as opposed to students they don’t know, when both groups have a different cultural background.

“Most people see the multicultural classroom as something positive. But we also see that there is less prejudice in classrooms where students know each other from before. Outside the classroom, there are still some stereotypes and prejudices against other cultures”, Zathang says.

The prize is awarded annually by the Department of Sociology and Social Work at UiA and is a research prize for upper secondary schools in Agder. The assignments address social science issues relevant to the Agder region. The purpose of the award is to contribute to community involvement and spark an interest in research among young people.

Read the students’ winning entry on the website of the Eilert Sundt Prize here (Norwegian only). 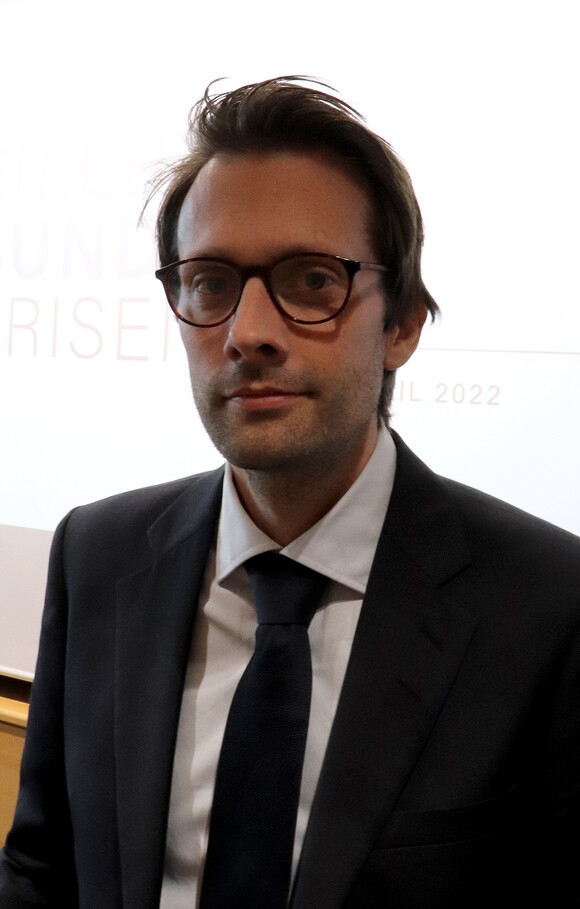 Sivert Skålvoll Urstad is an associate professor at UiA and leader of the Eilert Sundt Prize.

After two years with online awards, this year the award was handed out in person on UiA campus Kristiansand.

“We really appreciate that we can be in the same room and present the prize to students and supervisors in person”, says Sivert Skålvoll Urstad, leader of the Eilert Sundt prize at UiA.

Skålvoll Urstad talks about a record year for number of submitted entries.

“There has been great interest from the whole of Agder. There is a good increase from previous years with as many as 60 submitted essays from 7 different upper secondary schools in Agder”, he says.

According to the jury, the essay about multicultural classrooms stood out as a clear winner. It has impressive quality in most areas, the jury says.

This year’s winners of the Eilert Sundt Prize:

3. ‘Expectations for the future of young people today in relation to before in time’ by Oda Jensen Bratland, Catarina Morais Riberiro and Liv Marie Østebø from Vågsbygd upper secondary school in Kristiansand.