Research collaboration between UiA and CERN

«This will lead to increased research activity at the University of Agder within several areas of expertise», says Rygaard Hansen. 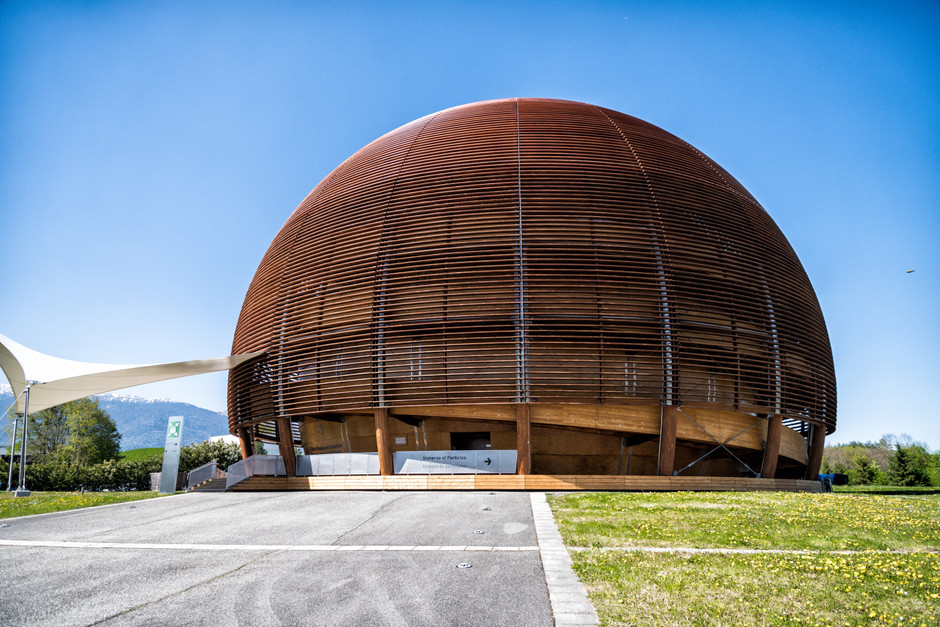 UiA is the first university in Scandinavia to enter a research collaboration with CERN and the CMS experiment, as an associative member (Photo: CERN/Sophia Elizabeth Bennett).

Rygaard Hansen is Dean of the Faculty of Engineering and Science at the University of Agder (UiA). 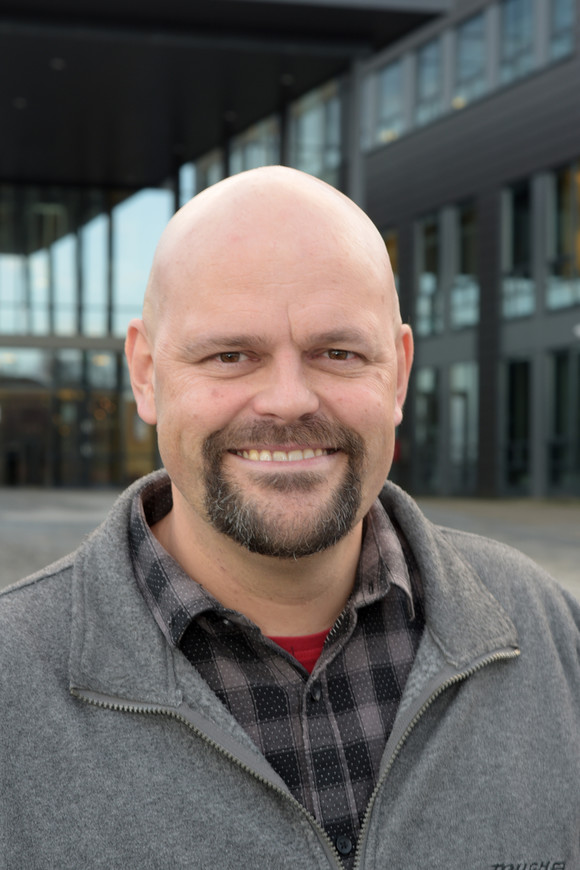 Michael Rygaard Hansen is Dean at the Faculty for Engineering and Science.

«The collaboration with CERN gives us access to a unique network for knowledge exchange with researchers in different areas of expertise.  It will also provide our students with exciting and relevant bachelor and master project opportunities in which they can collaborate with renowned international researchers”, says Rygaard Hansen.

UiA is now a member of CERN CMS, and this agreement is made directly between the Faculty for Engineering and Science and CERN’s CMS-experiment.  The CMS-experiment is one of three experiments that take place in a 27-kilometre long tunnel. The CMS-experiment revolves among others around the detection of particles of the world’s largest and most powerful accelerator, the Large Hadron Collider (LHC).

Initially, the collaboration will focus on research and development projects within artificial intelligence, mobile communication, mechatronics and renewable energy.

FACTS CERN AND THE CMS EXPERIMENT

UiA has entered a collaborative agreement with CERN for the Compact Muon Solenoid experiment (CMS).

This CMS experiment takes place 100 metres underground in a 27-kilometre long tunnel. The experiment is one of three research experiments to detect particles from the world’s largest and most powerful accelerator, named Large Hadron Collider (LHC). In the tunnel, protons collide under extreme circumstances.

LHC has already lead to collaborations with 10 000 researchers and engineers. The Higgs particle is the best-known research finding, leading to a Nobel Prize in 2013

CERN is situated in Geneve, Switzerland, with 2600 employees.

Also, around 6500 researchers from about 500 universities in 80 different countries visit CERN yearly for longer or shorter periods to participate in research projects.

Twenty-three countries are a member of CERN.

There are several membership levels for collaboration. UiA is the first university in Scandinavia to have entered a collaborative agreement as an associate member at level 1 in the CMS experiment. 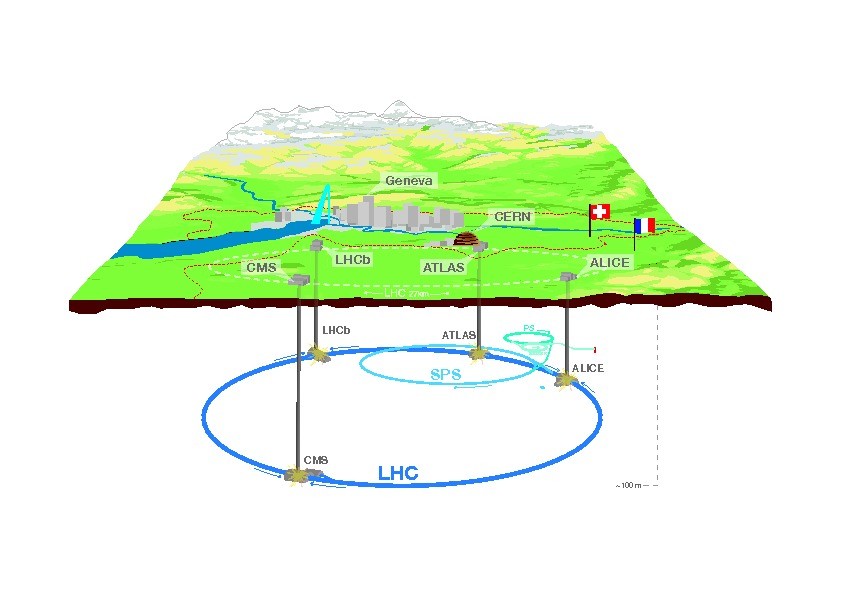 According to Rygaard Hansen, CERN is always on the look-out for new research and development collaboration opportunities with other universities and research centres. CERN has been in contact with UiA for several years already, but they have only recently formalised the agreement. They increased their focus on UiA after the collaboration with the Priority Research Centre for artificial intelligence  (CAIR). 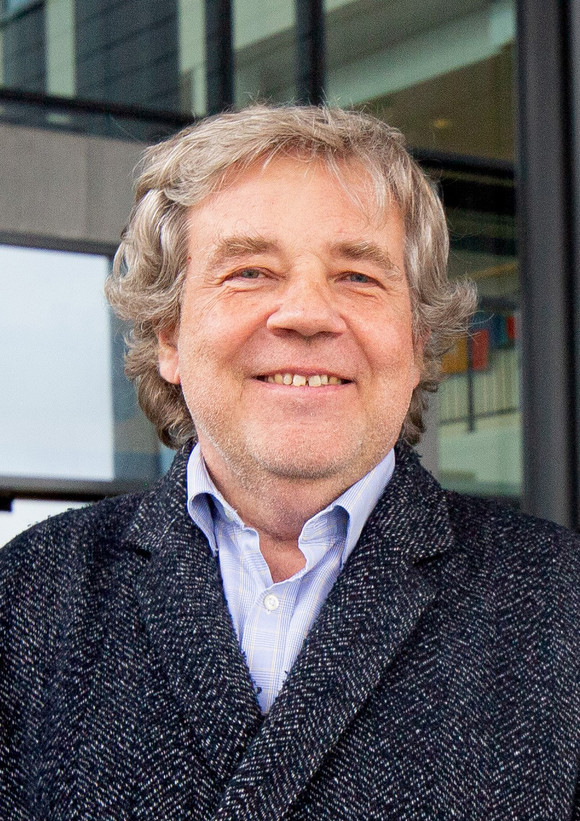 Christian Omlin is Professor in artificial intelligence at the Department of Information and Communication Technology at UiA.

CERN generates large quantities of data, and they need assistance to handle these. Professor Christian Omlin and his colleagues at CAIR know how to do this.

« We have know-how on machine learning.  This means using statistic methods with computers to detect patterns in large quantities of data», says Omlin.

CERN carries out many experiments where they use sensors to collect experimental data. These sensors make errors now and then, and CERN wants to prevent this.  In this project, CAIR receives access to the data and uses machine learning to find patterns in the data whenever the sensors are malfunctioning.  By recognising functional errors, the quality of the data will increase.

Omlin is pleased with this exciting project and points out that UiA’s supercomputers can handle large quantities of data rationally and effectively.

«We have both the research capacity as well as the infrastructure to help CERN with this», says Omlin.

This collaboration will also support CAIR in their application to the Norwegian Research Council to become a Centre for Research-based Innovation (SFI). Being part of the SFI-scheme implies financial support during several years and requires, among others, the participation of relevant national and international research partners.

With CERN on board, CAIR expends their vast network for knowledge exchange with researchers within artificial intelligence from all over the world.

UiA is also participating in a project to build a new two-phase CO2 cooling system design for CMS detector together with the University of Bath. Associate Professor Souman Rudra from the Department of Engineering Sciences is leading the project from UiA. A bachelor thesis project from Renewable energy is working under this project.

UiA and the students will be making a fully instrumented benchmarking set up to mimic the CO2 cooling system used for the CMS detector within the next 3-4 years. UiA hope this research will also be applicable for the Norwegian Gas & Oil industry as they also want to shift towards CO2 capture and utilization to reduce CO2emissions.

«This is only the beginning of what we can achieve together with CERN», says  Omlin.