Sunniva Whittaker celebrated her election victory on Monday by walking her dog. “I am very proud, and humble about the mandate I have received, and about the job I am taking on in the autumn,” she says. 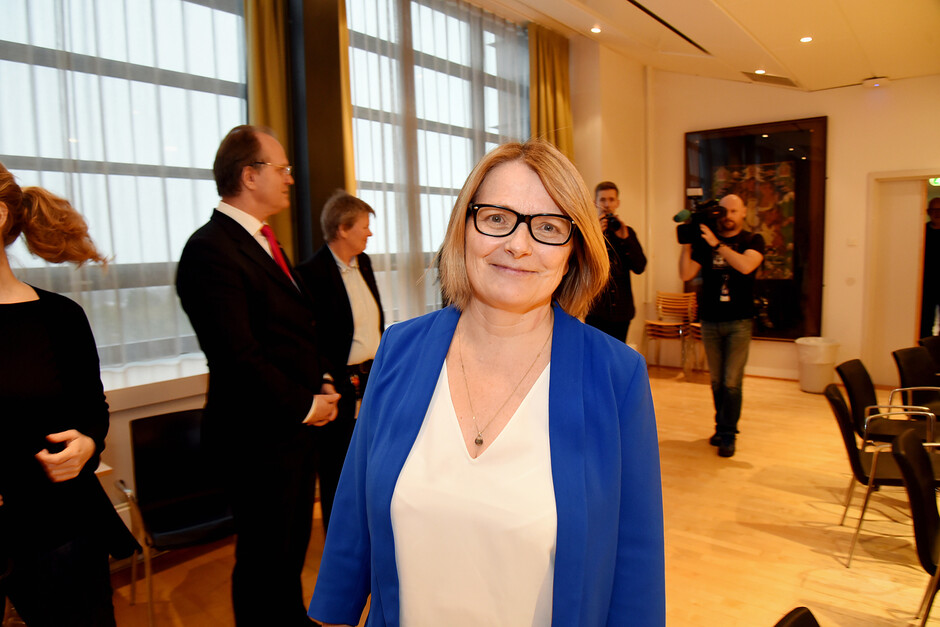 WON THE ELECTION: “I am proud of, and humble about, the mandate, and I am looking forward to getting started with the task of being rector in the autumn”, says Sunniva Whittaker.

“It has been hectic ever since the result was announced yesterday afternoon. The media – both local and national - have been calling. I also got a call of congratulations from the cabinet minister. And I have also received a lot of warm greetings from colleagues and acquaintances. So the time last night and today has, for the most part, been spent speaking with people. It has been nice,” she explains.

What about yesterday, when the election results came out – how did you celebrate that when you came home?

“I was first on the TV news, but then when I came home I went for a good trip out with the dog. That was really the way I celebrated it. And this morning my colleagues and co-workers at the Faculty organised a celebration with fruit champagne and cake. That was lovely too,” she says.

For the time being, Sunniva Whittaker does not wish to answer direct questions as to what she intends to do first when she takes over the rector’s office on the sixth floor of the A building of Campus Kristiansand.

“There is still a while to go before August, and I am not rector yet, but I am Dean of the Faculty of Humanities and Education, a job which I will continue to do as before. Beyond that, I will of course think about the autumn, and will most likely start thinking about how I can contribute to construing a good leadership team,” she says.

Both in the course of the election, and in her own presentation on the university’s election pages, Whittaker pointed out three challenging areas in particular that lie before the university.

The first involves the goals of the development agreement that the university has together with the Ministry of Education and Research. In 2022, the university will be evaluated in terms of the priority areas lifelong learning, the social and occupational relevance of the study programmes, and the professionalism of the administrative research infrastructure.

The second area is visibility, in light of which she believes that UiA must become more conspicuous regionally, nationally and internationally – not least in order to be seen as a relevant social actor and an attractive collaborative partner.

The third comprises emerging as an attractive place of work and study. Here, smaller youth year groups in the years to come will lead to increased competition for students between the various educational institutions. Work with recruiting the best staff will also be central.

“UiA – an exciting place to be”

“With me at the wheel, I hope that the institution will be equipped to tackle these changes in four years,” she says in her presentation of herself.

“My hope is that UiA will have a reputation as an exciting place to be for both academic and administrative staff, and that students will choose UiA because we stand out in terms of a solid, relevant educational provision and a fantastic student environment. I also hope that the region will find UiA to be an indispensable collaborative partner, and we want to make our mark nationally and internationally in terms of our ability to adapt to the new era,” she says. 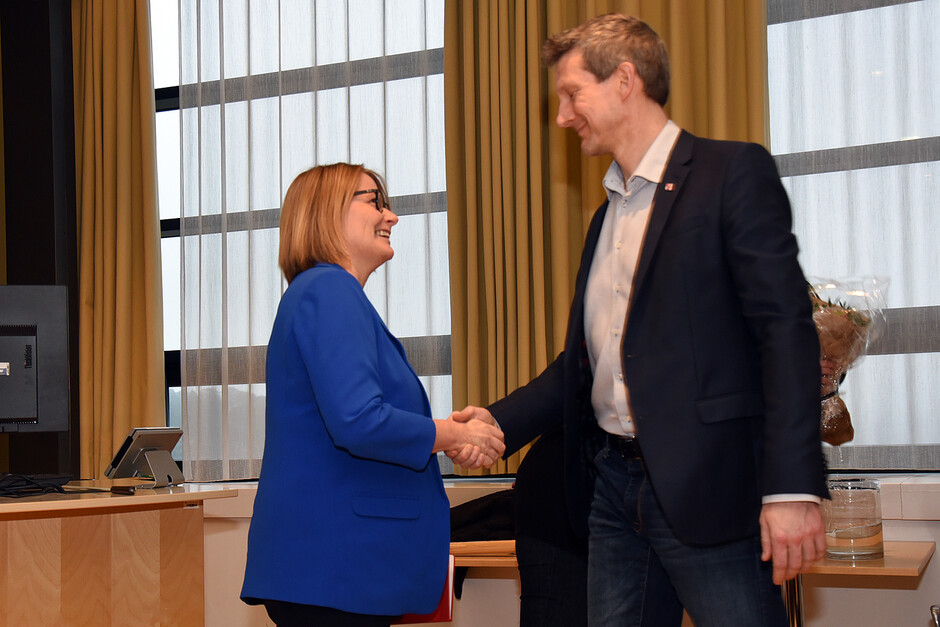 CONGRATULATIONS 1: Opposing candidate Stephen Seiler was amongst the first to congratulate Sunniva Whittaker on her election victory on Monday.