“I am happy to see that student life is back to normal”, said Jonas Gahr Støre when he visited Campus Kristiansand. 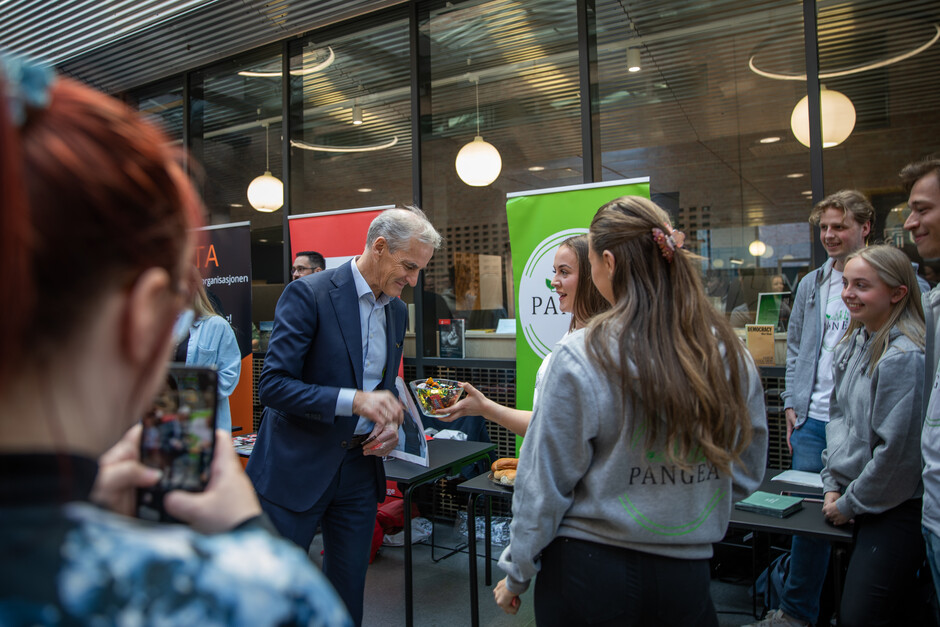 Vrimlehallen was packed when Prime Minister Jonas Gahr Støre (Labour Party) visited Campus Kristiansand on Tuesday 3 May. He was welcomed by the Quantum Male Choir and greeted students and student politicians in Vrimlehallen.

The Student Organization in Agder (STA), Start UiA and several student associations and activities had stands on the occasion of Democracy Week.

“Dear students. It’s great to be here and to be able to gather without distancing. I’m happy to see that student life is back to normal. The fact that this is democracy week is also very much to my taste”, the Prime Minister said. 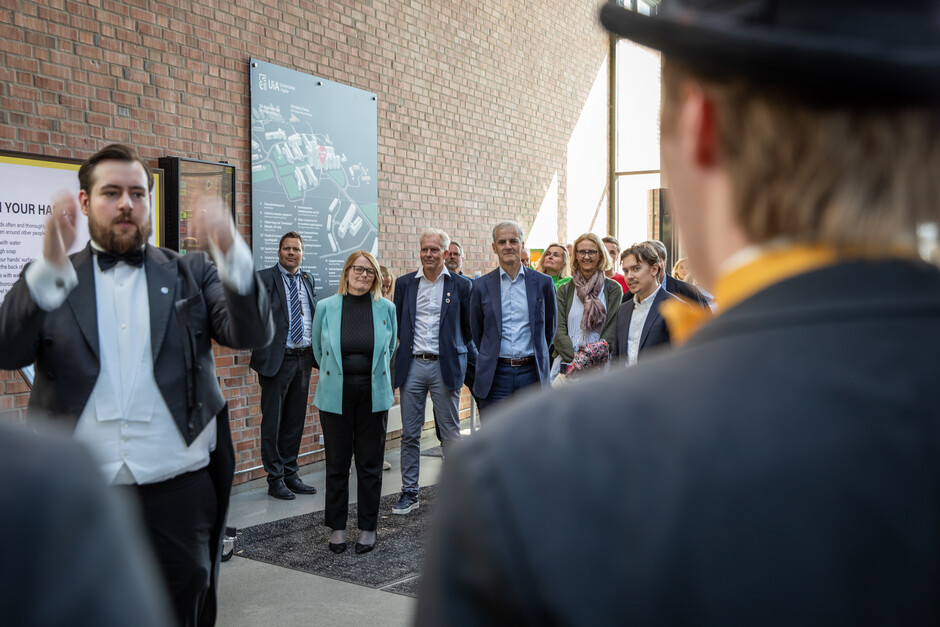 The important role of the university

In his guest lecture in front of a packed hall, Støre spoke about the security situation after the war in Ukraine broke out.

“It is a gloomy topic, but important. The war in Ukraine brings so many ripple effects. We now talk about a before and after 24 February in Europe”, Støre said in his lecture drawing on history.

The Prime Minister came straight from Andøya, where he visited businesses and stakeholders in the offshore wind sector in Agder. He was impressed with how the region takes action to prepare for the green shift and believes that Sørlandet has ‘an untold history in Norway’.

“One of the reasons is the important collaboration the university has with various industries”, he pointed out. 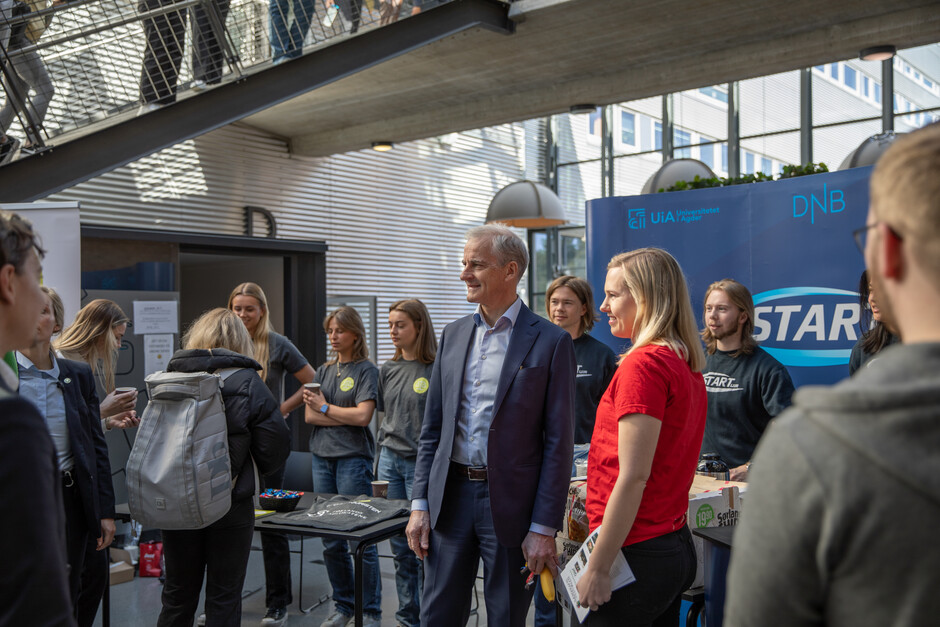 Jonas Gahr Støre meeting Start UiA on his way to the guest lecture.

“Nice to meet him in person”

The students took the opportunity to both present their activities and ask critical questions to the Prime Minister.

“It was very nice that he shook hands, took his time, and asked us who we were and what we study. He seemed genuinely interested and laughed easily”, said Johannes Sæle in the student organisation Start UiA.

Therese Storhaug Egeli is a member of the student association Pangea and took the opportunity to offer the Prime Minister some chocolate.

“It’s nice to meet him in person and that he shows interest in the students. He is a role model for many people”, she says.