Preserving place names keeps history alive and helps new generations to understand it, says Vidar Haslum. He has collected close to 7,000 place names in Birkenes in a new book. 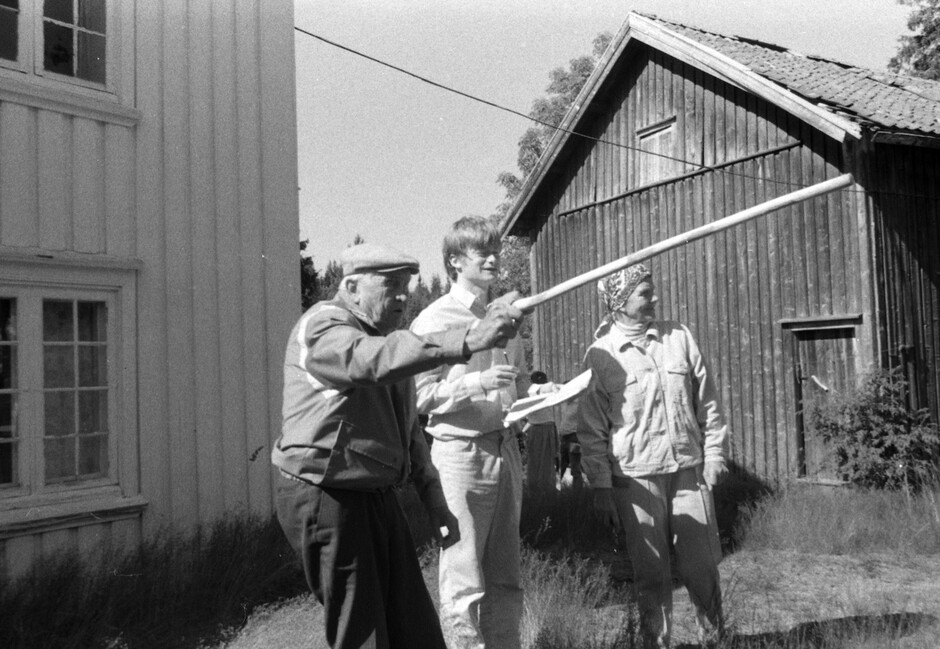 Vidar Haslum (centre) visits Øvre Holte in 1987, together with Nils S. Vindland and Anna Holte. Nils could remember many field names from the time around 1920, when he was a farm boy there. Credit: Kari Hagen Unander.

Today we can use our phones to find locations on the other side of the globe with the accuracy of a metre. In the past, you only had place names to help you.

An example from Southern Norway is a demarcation document that was drawn up in Kvinesdal in 1292. The document describes the boundary between Eigeland and Gullestad, and several of the place names mentioned are still known today.

“If we don’t preserve these old place names, the content of such historical documents will not be comprehensible to future generations,” says Vidar Haslum.

Haslum is an associate professor at the Department of Nordic and Media Studies at the University of Agder (UiA) and is the author of the book Stedsnavn i Birkenes. It was published by Novus publishing house as volume five of the local history book series from the same place.

Haslum has collected every single place name from the farms around Birkenes, close to 7,000 in all. He had done most of the collecting in the 1980s.

Names in China, names in Norway

Place names usually consist of a main word and an additional one. The main word often describes the terrain, while the additional one can be plants, animals, directional information or personal names. One example is ‘Gaupemyr’ (Lynx marsh).

“Such a structure is universal but has been little explored by linguists. There are great similarities between different languages. Had I collected names from China, for example, I would have found the same structure there,” Haslum says.

The researcher noticed that many of the old naming traditions are disappearing. Fields and meadows in the hinterland are no longer named.

“In the past, people who herded animals and gathered hay for winter fodder really had to make use of the terrain, and it was important to name the different places. Now we don’t have the same needs,” Haslum says. 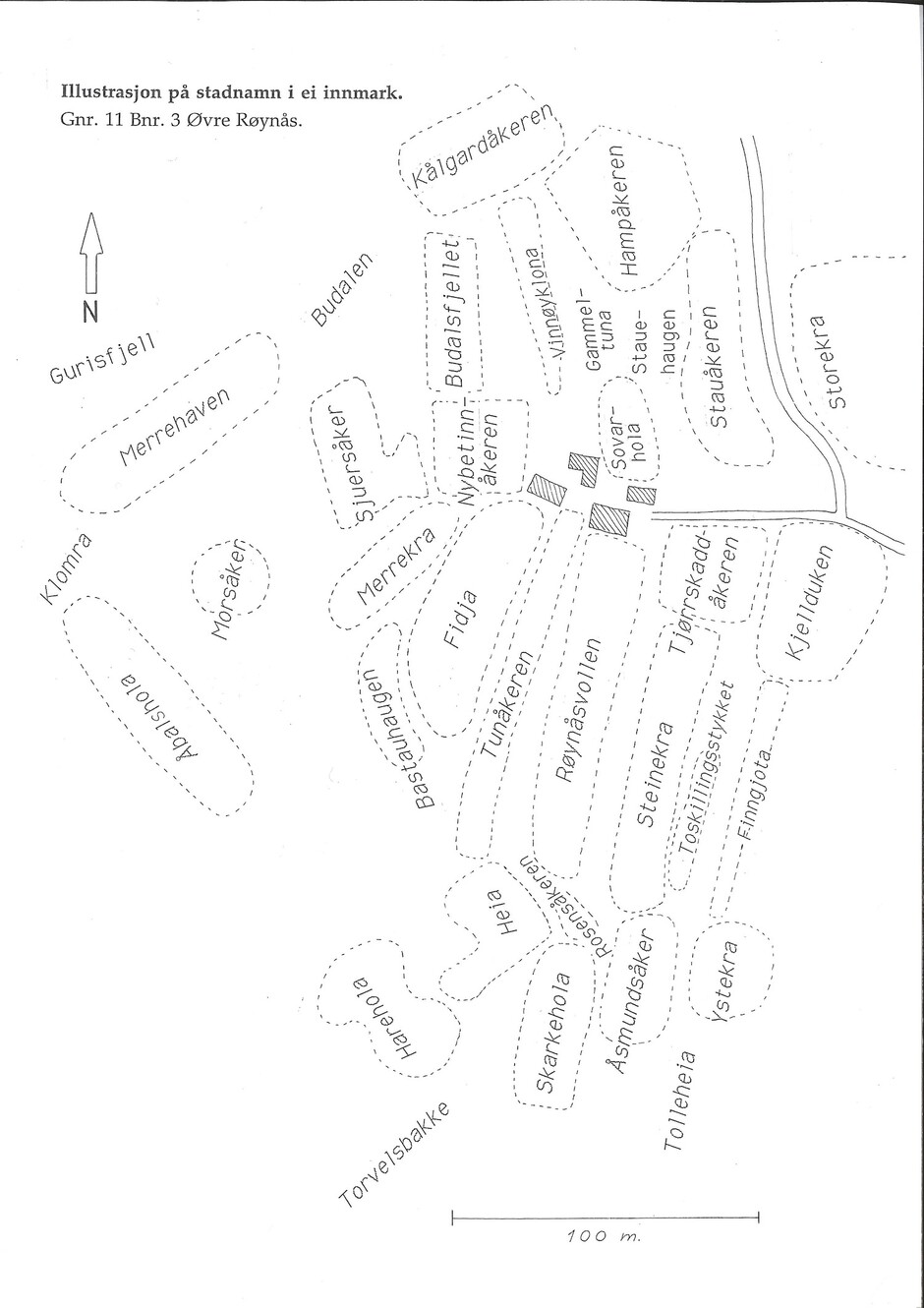 Øvre Røynås is an old family farm that has long been run like in the old days. The many small patches of land had their own names, which have been preserved until our time. (Illustration from the book)

While working on the book, Haslum spoke to over 200 local people in Birkenes. Most were born between 1895 and 1935.

“When I talk to people, I always start with what is easy to identify, such as streams and ponds. Then I move on to the more demanding things later,” Haslum says.

Before talking to people, he makes sure he knowns the area to make it easier to have a conversation. It also helps that he has worked in cartography and been involved in orienteering racing.

“Putting a name on the map can be difficult for several reasons. The map may be bad. The terrain may have changed during the informant’s lifetime. And there are many types of people, not all of them equally easy to talk to. It becomes a journey of discovery into your own culture,” Haslum says.

The work that he has done, where he describes all the names in the area that have a certain tradition, is called deep data gathering. The names often came about before 1950, and most of them are several hundred years old. These are names that have been used in the oral tradition.

The book is a scientific account. However, it was important to Haslum that it should also be accessible to ordinary people. That is why the names are presented in a context that people can recognise.

“The book can be read as a walking tour through the different farms, where the local people are present and speak about various things. In that way, much of the original context is preserved and you get to see how the names have been used,” Haslum says.

He thinks of names as cultural heritage that should be preserved as much as possible in their original context.

“I also provide information that you don’t usually find in collections of names. The people interviewed are presented by their full names. They are not only treated as informants, but as local experts. I enjoy bringing the knowledge of average women and men to light,” says Haslum.