Opening: A Centre for Artificial Intelligence with International Ambitions

The research centre CAIR, at the University of Agder, is geared towards the international research front in artificial intelligence. Simultaneously, it will also serve as a resource both nationally and regionally. 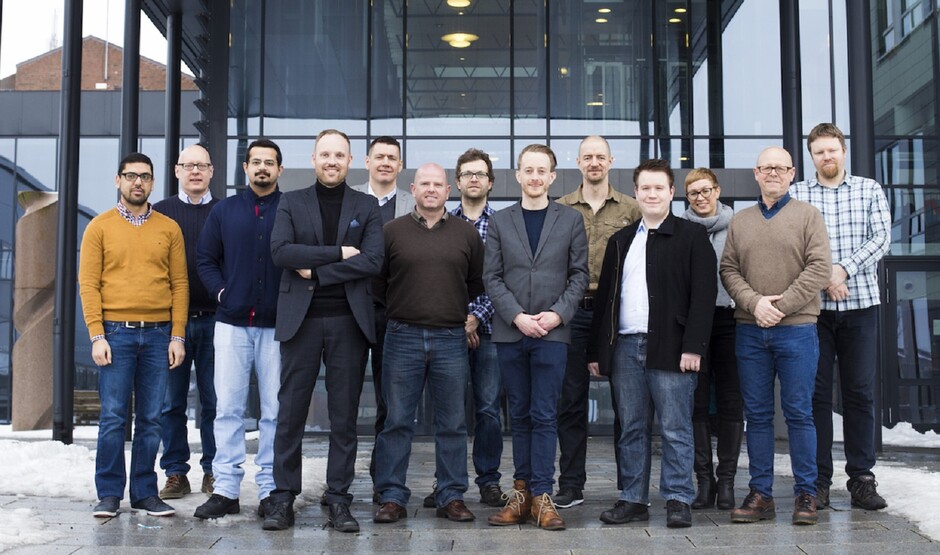 “Artificial intelligence is an academic field which we have built up over a long period of time at the university. Concurrently, there has been a revolution within research in the field, and artificial intelligence has become an important factor in social development and in trade and industry,” says Professor Ole-Christoffer Granmo at the University of Agder (UiA).

He is to lead the university’s Centre for Artificial Intelligence Research (CAIR), which opens on 2 March 2017. The centre unites 13 researchers who have previously worked with the same technologies, but within different fields of expertise. This collocation means that researchers can now work together to develop completely new ideas in artificial intelligence.

There are also two philosophers associated with the centre who are there for the purpose of problematising ethical concerns – for example how self-driving cars should behave in accident situations.

Researchers at CAIR will focus on three areas of artificial intelligence. One is machine learning, in which computers themselves can experiment, invesigate, and learn from their mistakes. This could be useful, for example, for maximising income from energy production, but also equally in connection with medical consultancy.

“The computers can try out billions of strategies, and practise trial and error in a completely different way as compared to earlier. The combination of new algorithms and large quantities of data has created a revolution – which we have only just seen the start of,” says Granmo.

The other priority area is reasoning. In this regard, machines input huge quantities of information, and draw out knowledge or scientific models from the data. The areas of application here might include health or weather.

“With extreme computational power, the machines can plough through millions of documents and find connections that nobody could make previously – simply because people cannot read so much data and make so many connections themselves,” says Granmo.

The third area is the use of natural languages. For many, it is not natural to use a computer, and in some contexts, it is not practical either. In these cases, it is important to have the opportunity to have a dialogue with the computer.

“There are already systems which can read and understand the content of Twitter messages, and use the information, for example, to map out a crisis. Other areas of use include chat services on the internet,” says Granmo.

He explains about the project Social Health Bots, which will allow young people to ask health questions of chatbots which gather in knowledge with the help of machine learning. 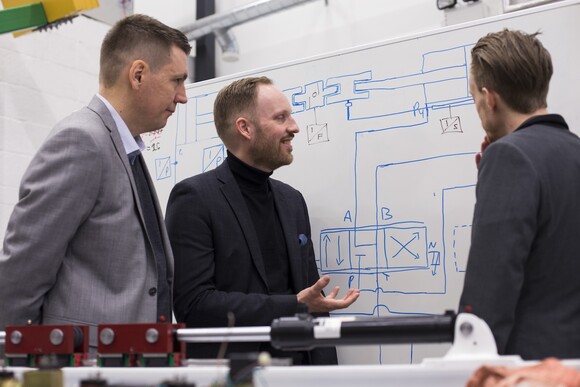 Professor Ole-Christoffer Granmo, Director of Centre for Artificial Intelligence Research at the University og Agder (in the middle), together with the Director of industrial research, Bernt Viggo Mathisen (to the left), and Deputy Director Morten Goodwin. (Photo: Marie Rosenborg Wadahl)

Professor Granmo explains that CAIR has ambitions to become a research centre of the highest international calibre. At the same time, Granmo also wishes to build bridges between basic research and social benefit, and has established a meeting place for project development within artificial inteligence.

The so-called AI Circle (AI stands for artificial intelligence) has representatives from very different spheres, including health, defence, finance, education and insurance, both national and international. These representatives meet national experts on artificial intelligence from Norwegian research institutions, and participate in workshops, on courses, and in lectures and project development.

“This is one of the ways in which the centre wishes to reach out with its research. The AI Circle will become a national point of contact with international branches,” says Granmo, who adds that the response to the AI Circle amongst potential participants has been overwhelming.

The university’s rector, Frank Reichert, says that artificial intelligence is the next major technology which is going to change our lives, and mentions examples such as self-driving cars and intelligent, digital assistants.

“UiA has been active in this area for over ten years, and can boast solid results within artificial intelligence and how it can be used in daily life,” says Reichert.

He says that the collaboration with Agder Energi, in which computers themselves are going to learn how to run power production, shows that the possibilities in the field are endless.

UiA’s Board has discussed the importance of the new centre and the role that it will play in the future. The rector explains that the Board has been very positive, and he expects that artificial intelligence will be a priority area for UiA in the future.

“UiA has a responsibility to be ahead of the game in research and education, in particular in areas which are of economic importance, and which will affect the lives of everybody. Artificial intelligence will have the same impact on us as the internet did in its time,” says Reichert.