Not as harmful as previously thought

A recent DNA study of the corkwing wrasse shows that fears the little green wrasse from southern Norway is harmful to the population in western Norway might be exaggerated. 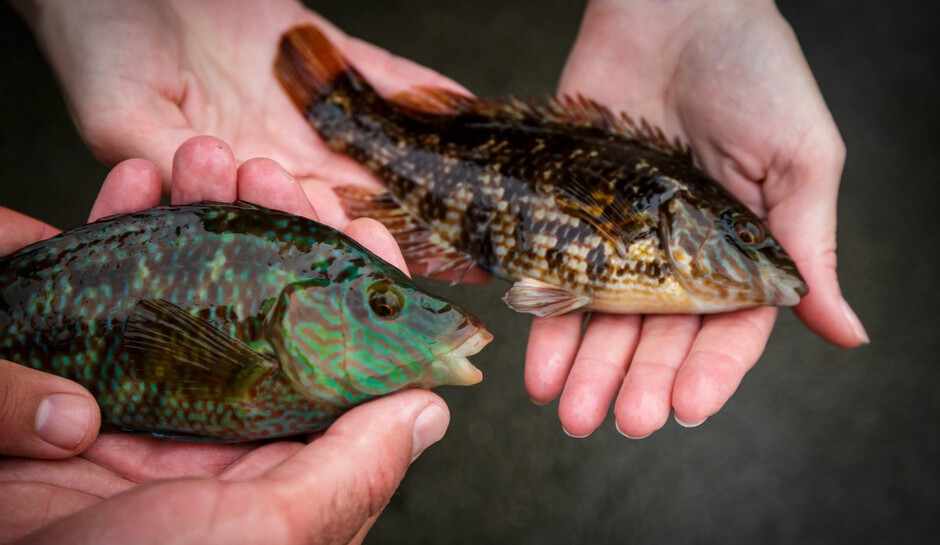 CORKWING WRASSE: Several hundred thousand corkwing wrasse from Skagerrak are being used as cleaner fish to manage sea lice in salmon farms in western Norway. DNA research at UiA shows that the two corkwing wrasse populations that exist in Norway are not as distinct as previously thought. The photo shows corkwing wrasse, male and female. (Photo: Erlend A. Lorentzen/Institute of Marine Research.)

“The corkwing wrasse is quite an interesting fish. It is common in the Mediterranean Sea and north along the coast of Europe to the Trondheim Fjord in Norway”, says Associate Professor Morten Mattingsdal at the Department of Natural Sciences at UiA, who is the study’s lead author. 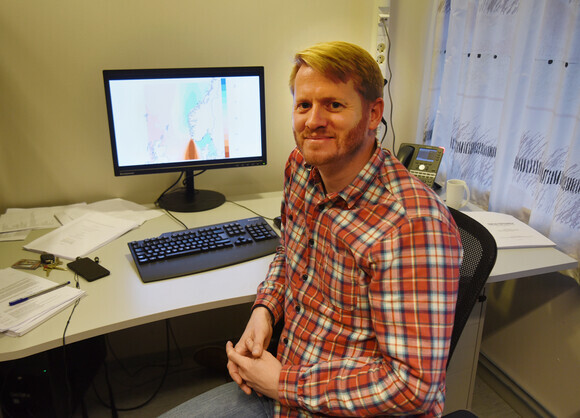 THE RESEARCHER: Together with a group of researchers from Norway, Denmark, Sweden and Portugal, Morten Mattingsdal has mapped the genetic material of the corkwing wrasse in Norway.

“The corkwing wrasse is quite sedentary, which means that we in Norway find two different populations: one in southern Norway and Skagerrak and one in western Norway, north of Stavanger”, he says.

“We wanted to find out how this has happened, in an evolutionary-biological perspective, and what can happen if the two populations mix”, says Mattingsdal.

The study itself is based on DNA sequencing of fish caught at eight locations in Skagerrak and the North Sea, and also in Scotland. The method used is called genotyping by sequencing. The researchers identify and analyse variations and mutations in the DNA of the individuals examined. 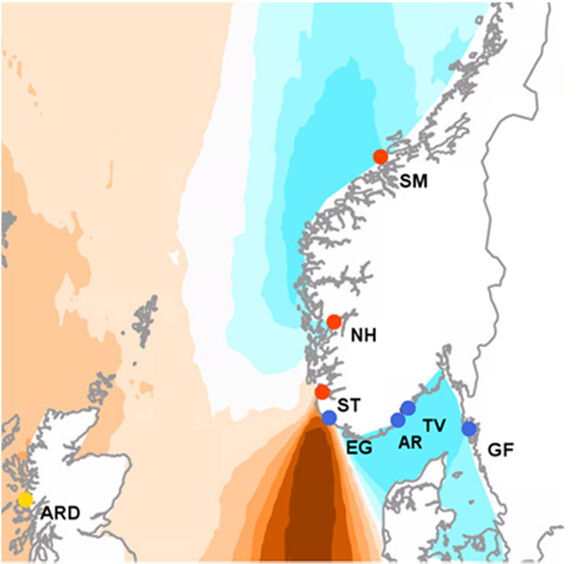 TWO POPULATIONS: The blue areas on the map show the distribution of corkwing wrasse along the coast of Norway. The letters indicate where specimens of the species were retrieved. The brown field indicates the boundary between the two populations. Why this area is so narrow is uncertain. But there are many sand banks and beaches on the coast of Jæren, where this fish does not thrive. (Figure from the research article.)

“Using this method, we can compare the DNA in different fish, the present-day species, but also the historical species in previous generations. We can see how the two populations are related today - and also see how the species has evolved in the past thousands of years”, Mattingsdal says

Similar, but not identical

The findings, published earlier this month in the journal Molecular Ecology, are unequivocal. One is that the corkwing wrasse in Norway comes from Scotland, and that it came as the ice retreated after the last ice age.

When a new area is colonised by a small number of individuals, it causes major genetic effects. They are called founder events. This happened to the corkwing wrasse.

The second finding is that the two populations separated after the first corkwing wrasse came to southern Norway, and they have kept apart.

For the corkwing wrasse, the variations arisen mean that fish in western Norway reach sexual maturity earlier than their relatives along the Skagerrak coast, and they live longer.

The researcher also says that from an evolutionary perspective, the corkwing wrasse in Norway have evolved through genetic drift. This means that the biological development in the two populations has been governed by random changes in the genetic composition. So, they have not evolved by natural selection, where the best adapted individual has a greater chance of passing on its genes to future generations than the average individual.

“This is an interesting conclusion. It fits in with what we see in several other marine species inhabiting our coastal waters.”

Although the two populations have evolved in somewhat different directions, the study shows that there has been, after all, some contact between them in the area between Stavanger and Egersund. Some DNA features that are common in the western corkwing wrasse are also found in some southern corkwing wrasses, and the other way round.

“This shows that there have been exceptions in the period we looked at. It means that migrant workers from the south may not be as dangerous to the corkwing wrasse in western fjords as one might have thought, at least not genetically”, he says.

On either side of Jæren

“Why the divide is there exactly, probably has something to do with the fact that there are lots of sand banks and beaches there. It is a habitat where the corkwing wrasse does not thrive. But why the barrier is only 60 km wide, the study we have done does not answer. To answer that you would have to resort to other methods than DNA sequencing”, Morten Mattingsdal says.