Norwegian farming has used poison since 1920

A new doctoral thesis shows that the use of pesticides started much earlier than previously thought. 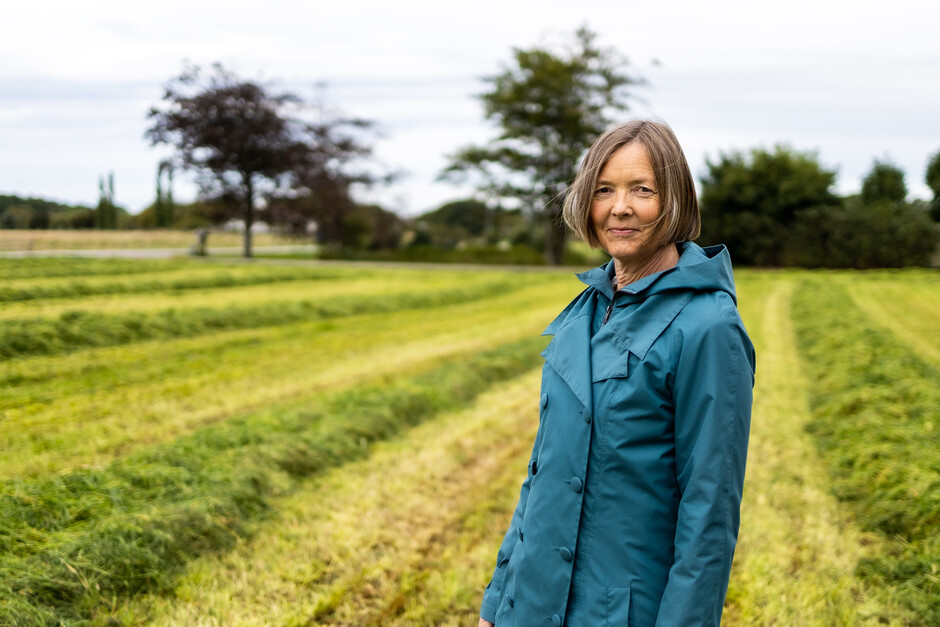 Farmers in Rogaland have used poison in the fields and on fruit trees and berry bushes already from the early 20th century. This emerges from the doctoral thesis by the conservator and researcher Anne Jorunn Frøyen, here in a farmer's field somewhere in Jæren. Photo: Hans-Arvid Grødeland, Jærmuseet.

She is a conservator at Jærmuseet in Rogaland, and recently defended her PhD thesis at the University of Agder.

Her thesis examines the use of pesticides in Norwegian farming in the period 1875-1995, with farmers in Rogaland as examples.

“I call pesticides poison. They were meant to act as a poison and contain toxic heavy metals, such as lead and arsenic”, Frøyen says.

Her study is the first to show that it was common to use poisons in farming in this country already early in the 20th century.

“It has been a common perception that such use of poison started after the Second World War, but I show that it was common among farmers in Rogaland and other places around the country as early as 1920”, the researcher says.

The poisons fruit growers used on fruit and berries were various salts and heavy metals, but also nicotine. Sulfuric acid was most common against weeds.

The cyanamid produced in Odda was also widely used by farmers.

“Cyanamid was originally a fertilizer, but it was used to kill weeds in powder form. The powder was called ‘Troll powder’, and that speaks for itself”, she says.

“Environmental history is about the interaction between people and nature. From the perspective of environmental history, it is possible to view organisms, bacteria, grass, weeds, insects and animals as historical actors, as I have done in my thesis. They also have their own history and influence our history”, Frøyen says.

The researcher found that two new views of nature emerged in parallel with the new use of poison in the early last century.

On the one hand you have nature in the wild that balances and organises itself; on the other hand, the artificial agricultural landscape that people must balance and tame.

“Thus it was argued that since farming was artificial nature, you would have to use artificial means to protect it”, Frøyen says.

The usage of words and the idea of two types of nature contributed towards viewing poison as an understandable and necessary part of farming.

Frøyen says that the distinction between the two types of nature also existed in 1995. In her thesis, she emphasises how the use of words has impacted perceptions and ideas about farming and environmental toxins. Weeds were referred to in military terms and imagery (metaphors). Thus weeds were seen as an enemy prepared to march into the field and destroy.

“So there was a battle raging against the weeds, and the battle spread from the field to other areas such as playgrounds, roadside ditches and patches around lampposts. To this day we get rid of weeds in such places with poison”, the researcher says.

She believes that one of the most important things her study shows that scientific knowledge is not enough to act in a more nature and climate friendly manner.

“In addition, we must change our ideas about nature and agriculture. We need to change our language and mindset. How we think and talk about nature is how we treat it”, Frøyen says.

Anne Jorunn Frøyen was enrolled in the doctoral programme at the Faculty of Humanities and Education at the University of Agder.

These are some of the most important findings from the doctoral thesis «Fyll jorden og legg den under dere.» Jordbruk, gift og natur i Norge frå 1875 til 1995 (“Fill the earth and subdue it.” Agriculture, pesticides and nature in Norway from 1875 to 1995):