“No, artificial intelligence won’t take all our jobs”

UiA Professor Morten Goodwin crushes myths and explains what artificial intelligence can do in new book. 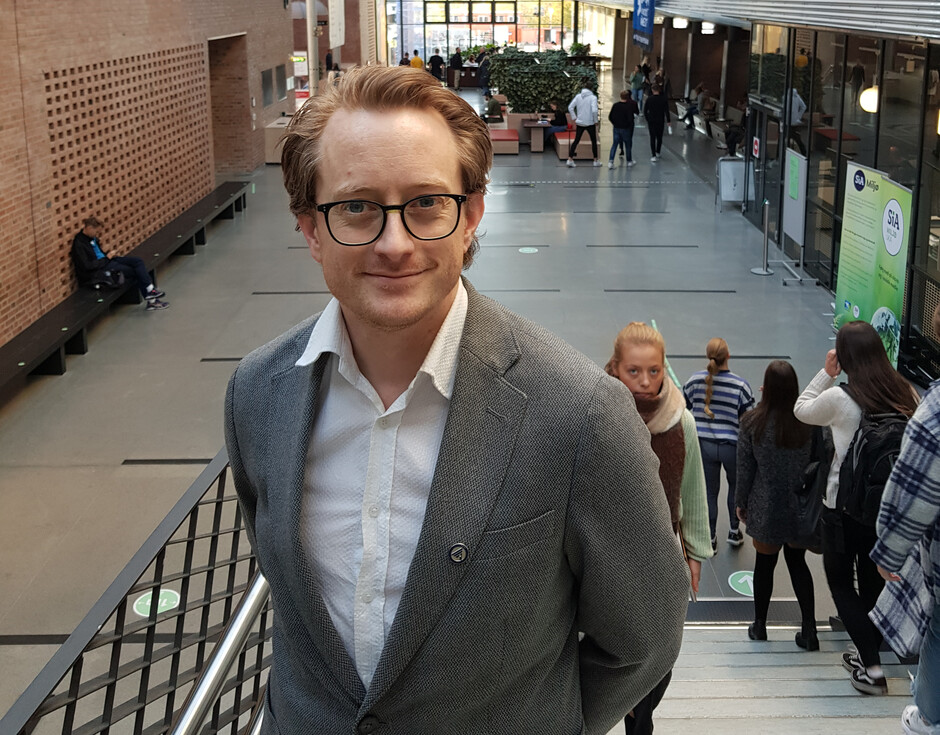 “The artificial intelligence breakthroughs over the last few decades constitute a revolution comparable to the industrial revolution in the nineteenth century”, Goodwin says.

You have probably read opinion pieces by him in the newspaper, or you have heard of him in the Norwegian Broadcasting Corporation NRK, or listened to a podcast from the University of Agder (UiA). Or you may have read interviews with him in Morgenbladet and Aftenposten or pieces in other newspapers and magazines.

Professor Morten Goodwin is featured on various media channels. He is the one journalists turn to when they need an expert on artificial intelligence.

“Artificial intelligence is the English term”, he says. “The abbreviation is A.I.” And then he makes sure he explains that machines are not intelligent the way people are.

“The artificial intelligence programme AlphaZero is a better chess player than Magnus Carlsen, but Carlsen is a lot more intelligent. The A.I. can only play chess”, the professor says.

Normally – when he is not in the media explaining that algorithms are a set of instructions making machines self-learning and intelligent – he develops and studies such algorithms at CAIR – Centre for Artificial Intelligence Research at UiA.

Professor Goodwin has been so busy disseminating knowledge to the general public that his colleagues worried he would never make professor.

“I have five-year plans, you know, like the former Soviet Union”, he says.

His five-year plan included sufficient scientific work on artificial intelligence to be promoted to professor in March this year. And in case you were wondering, no, it is not possible to be demoted.

The five-year plan also included a book. And Morten Goodwin read and wrote. He wrote until he got to page 1000. That was a bit too much. He edited it down to 600 pages. The publisher thought that was too long.

Now the book is done, it is a little over 300 pages long and bears the title AI - Myten om maskinene (A.I. The myth about the machines).

“It was painful to have to leave out so much, but the reader is probably better off”, the author says.

The book explains artificial intelligence and gives a historical perspective of the technological development. The author also delves into issues related to ethics, impacts on society and new possibilities that open up with the new technology.

“Books and documentaries about artificial intelligence are often concerned with the disappearance of our jobs. Yes, they change, but they do not disappear. Technology destroys some jobs and creates new ones”, he says.

The practice of medicine is changing

Artificial intelligence has become proficient in interpreting X-rays. The algorithms quickly identify the correct diagnoses. They may detect a cancerous mole long before the doctor spots it or recognise signs of eye disease before any doctor can detect it with the naked eye.

“But it is the doctor who determines what kind of treatment the various diagnoses require. The machine just detects it faster. In such a way, artificial intelligence machines can provide important decision support to doctors”, says Goodwin.

Revolution and the technological race

Today, China and the United States are at the forefront of artificial intelligence research. Many of the most important research papers are being published by researchers from Google, IBM, Apple, Facebook and Amazon.

Norway and the University of Agder is miniscule in comparison to the Americans. But Goodwin and his 40 research colleagues at CAIR have entered into collaboration with several researchers from the USA and Europe after the research centre was established in 2017.

And advances in artificial intelligence are not made by one research institution alone. It is a joint effort that has been ongoing for several decades. Goodwin emphasises this in his book. Some of the milestones he highlights are Alan Turing’s work in the 1930s, Frank Rosenblatt’s deep learning neural networks from the 1950s and Geoffrey Everest Hinton’s three-page research paper from 1986.

The latter was followed by Hinton’s award-winning algorithm from 2012 which proves that Turing’s and Rosenblatt’s theories work.

“Hinton is called the godfather of artificial intelligence. The breakthrough in 2012 is the starting point of the technological revolution we are in the middle of”, says Goodwin.