Paul recommended that the Christians should have a relaxed relationship to rules about food and meals. He wanted to distance himself in this way from his contemporaries, and build a separate identity and food tradition for the Christians. 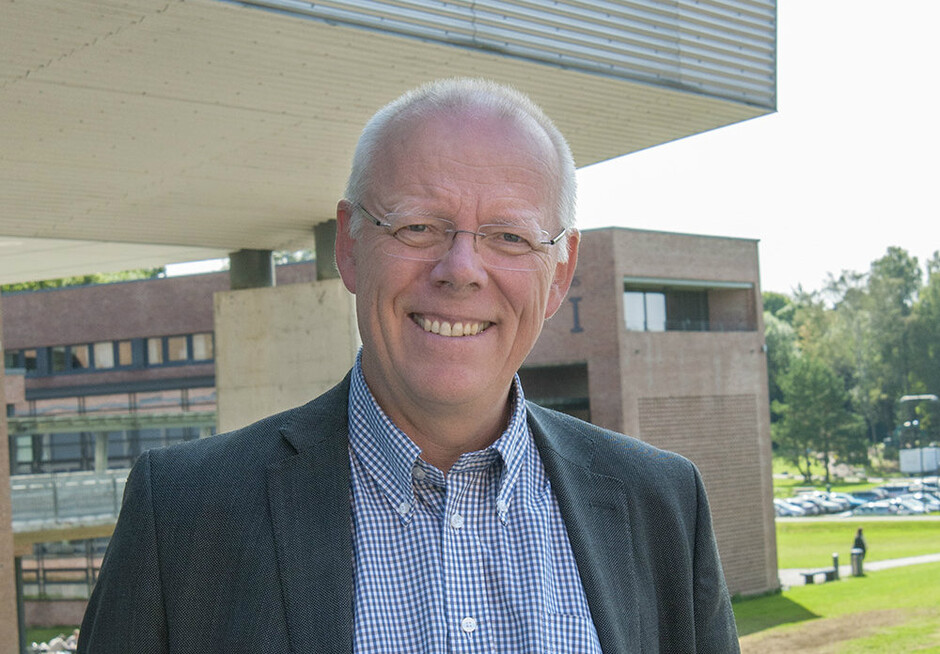 “The letters in the New Testament are philsophical, religious pieces of teaching and are often about building up new life habits and a Christian identity,” says Professor Tor Vegge at UIA. Photo: Atle Christiansen.

“Paul and his students advise against what they term human traditions and religiously motivated food traditions. On this basis, they reject religious and culturally motivated prohibitions and directions concerning food,” says Tor Vegge, Professor at the University of Agder (UIA).

Vegge has recently authored a new research article covering food traditions amongst the first Christians. He is one of seventy researchers contributing articles to an enormous work that has recently been published, dealing with the origin of communion and the development of traditions associated with religious meals. The work is edited by David Hellholm and Dieter Sänger, and comprises three volumes with a total of 2200 pages.

Read the publishers presentation of the books here.

The books are the result of two week-long research conferences in 2012 and 2013. The first was arranged at the Kiel University, whilst the second was at UIA’s study centre, Metochi, in 2013.

“The aim was to gain a better understanding of the religious and cultural background for holy, collective meals in the old societies, and to understand more of the Eucharist and the meal traditions of the early Christians,” says Vegge.

Tor Vegge’s article in this new reference work is about rules for eating and collective meals in two New Testament texts, the Pauline epistle to the Colossians, and Jude’s letter. According to Vegge, there is little to be gained from these letters for those hoping to read about traditions for holy meals and communion.

“The reader could always expect to find something about communion, or about Jewish rules for clean and unclean food, and Roman traditions for sacrificial meals. But there is little written about these things. Instead, readers are encouraged to stop their concern for what Paul calls `human´ food rules. For him, something fundamentally new has happened with the Christ, who abolishes, and renders outdated Jewish and other religiously motivated food rules,” says Vegge.

The epistle to the Colossians is not about ritual meals, the last supper, and communion traditions, but rather about everyday attitudes towards food and meals. Vegge has been particularly concerned to study the effect that the arguments of the letters might have had on the recipients at the time they were written.

“The letters in the New Testament are philsophical, religious pieces of teaching. They are often concerned with what we, in modern terminology, call ´identity building´. They are perhaps about establishing habits and traditions for what was then a significant minority group in society - the Christians,” says Vegge.

Establish their own food traditions

The point for Paul and Jude is, simply put, that the old Jewish and Roman food rules do not apply for the Christians, who should have a more relaxed attitude towards the dinner table and food customs.

In several of the Pauline letters, it emerges that food rules are something external and human, which Christians do not need to  concern themselves with. In the epistle to the Colossians, the author assesses the food rules in the following way:

“Such regulations indeed have an appearance of wisdom, with their self-imposed worship, their false humility and their harsh treatment of the body, but they lack any value in restraining sensual indulgence.”

“Text examples like this underline that Paul and his students were concerned with building up a Christian identity. They believed that directions such as “do not take”, “do not taste” and “do not touch” are human commands, and urges the Christians to ignore them,” says Vegge.

According to the researcher, it is from such a perspective that we must understand assertions in Colossians such as this:

“Therefore do not let anyone judge you by what you eat or drink, or with regard to a religious festival, a New Moon celebration or a Sabbath day.”

“The Christians at the time were in the process of creating their own identity and culture in a society in which several groups had already established these. Paul and Jude wished to emphasise some distinctive features which distinguished the Christians from others,” says Vegge.