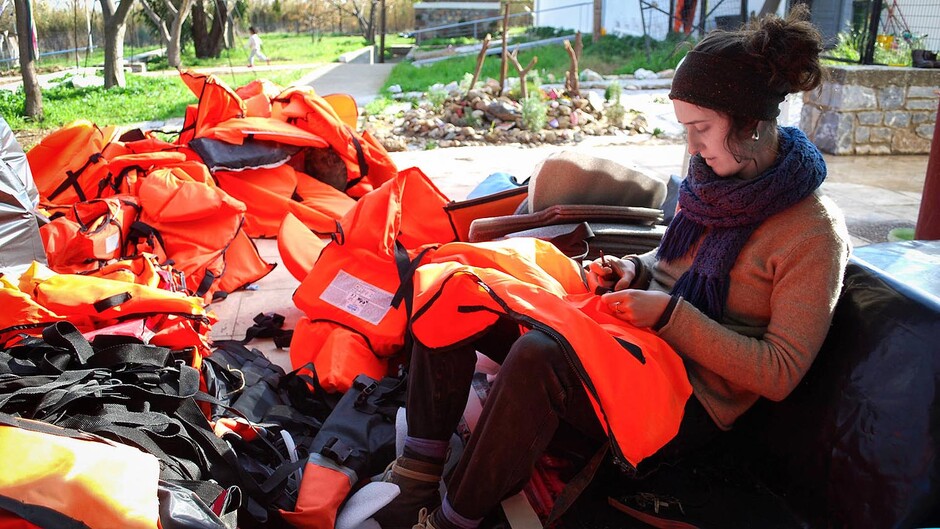 Despite insecurity, understaffing and lack of support from the authorities, Lesvos Solidarity has kept going. But now they undergo serious financial difficulties and worry they may have to close down.

That is why we are reopening the Lesvos Campaign account, Karen-Lise Scheie Knudsen says, who together with former vice-rector, now professor emerita Marit Aamodt Nielsen, led the first Lesvos Campaign.

The University of Agder has a special relationship with Lesvos. Since 1993 staff and students have been travelling to the island for studies, seminars and conferences at the Methoci Anargyron Study Centre, which has been renovated and expanded over the years. The centre is also used by other Norwegian educational institutions and researchers.

Since 2015 the University of Agder changed the spelling from ‘Lesbos’ to ‘Lesvos’, which is more in line with the most commonly used international notation. Locally, both Lesvos and Lesbos are in use.

The vice-rector at the time, now professor emerita, Marit Aamodt Nielsen and senior adviser Karen-Lise Scheie Knudsen were responsible for the fundraiser in 2015. The same two will head the campaign as it starts up again.

In 2015 they started a fundraiser which resulted in half a million kroner in aid for refugees on Lesvos. Staff as well as students contributed greatly to the success, and a large part of the funds was raised externally.

"At that time, we supported three local organisations we knew well. Only one of them, Lesvos Solidarity, remains today, and now they are calling for help", Karen-Lise Scheie Knudsen says.

It is common to think that the difficult refugee situation on Lesvos is over. That is not correct, see for instance this article from the Guardian: "Oxfam condemns EU over 'inhumane' Lesbos refugee camp".

The world’s attention to the refugees crossing the Mediterranean has definitely waned. Since EU made a deal with Turkey closing the escape route across the sea from Turkey, the flow of refugees has been significantly reduced, but refugees continue to arrive on Lesvos.

The problem now is that there is no way forward, and many people are stranded on Lesvos in inhumane conditions in overcrowded camps.

"Since 2012 Lesvos Solidarity has proven that it is possible to do humane, inclusive refugee work, where the refugees’ own resources are put to use. They run the open Pikpa camp and the Mosaik Support Center, which among other things sew bags out of life vests", Karen-Lise Scheie Knudsen says.

This is how Mosaik describes their work: "Our work has become symbolic of an alternative. The dominant European approach of migrant reception prioritises containment, institutionalises neglect, and gives rise to violence, harassment and deportation. Our approach provides community-based solidarity to those in need, actively works to promote integration and advocates for a more inclusive society."

Whereas several of the other non-governmental organisations operating on the island have given up, Lesvos Solidarity has kept going despite insecurity, understaffing and lack of support from the authorities – because the need is still so great.

"Pipka stands as a beacon of hope in a truly dreary situation on Lesvos. Now they undergo serious financial difficulties and they worry they may have to close down. Those of us who care about Metochi and Lesvos are concerned about the situation on the island and the unique situation with the stranded refugees. We hope and believe that others will want to support the good work done by Lesvos Solidarity, and in response to their appeal we have decided to relaunch the Lesvos Campaign", Marit Aamodt Nielsen and Karen-Lise Scheie Knudsen say.

The Lesvos Campaign is completely transparent with a strict internal audit.