Most non-religious Norwegians are members of the Church of Norway

In Norway and the rest of Scandinavia, there are more people without a religious faith than in most other countries in the world. There are now so many that they have become a unique research field. 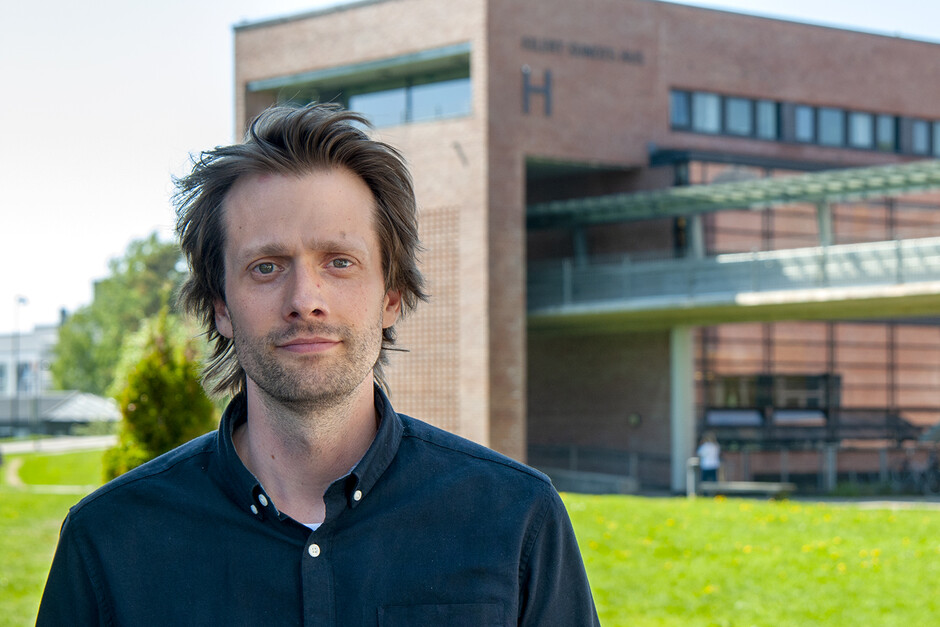 "Norway is often characterised as the world’s most secular country, but few studies have been devoted to the non-religious part of the population," Sivert Skålvoll Urstad says.

Recently, he defended his doctoral thesis at the University of Agder (UiA) about non-religious Norwegians. The thesis is the first systematic study of non-religious people in Norway.

Urstad has concluded that most non-religious Norwegians are members of the Church of Norway.

"Only 2% of the Norwegian population regularly attend church, and around 70% are members of the Church of Norway. Up to 25% of the population is non-religious and do not believe in either God or other higher powers, and have no everyday rituals related to religion,” Urstad says.

The article-based thesis consists of three articles and the introductory section which presents theories, methods, background and the thesis as a whole. The first article revolves around people who have chosen not to be a member of any religious organisation. The second is an analysis of the characteristics of secular adults, and the third is an analysis of how non-religious people relate to religion and talk about religion and rites of passage related to weddings and baptism.

The thesis is based on statistics from a large Norwegian survey on faith and life stance (TLU) from 2012 by UiA professor Ida Marie Høeg, Ulla Schmidt and Sunniva Holberg. Urstad has analysed the TLU data and carried out in-depth interviews of 21 non-religious Norwegians.

"The statistics show that less than half of the population in Norway believe in God. However, many believe in higher powers such as angels. The statistics for the other Scandinavian countries are about the same as for Norway," Urstad says.

In comparison, Urstad mentions that 80% of the population in the US believes in God.

"How come we in Scandinavia are so secular compared to other countries?"

"That has not been a part of my research for my doctoral thesis, but it is often explained by how the secular alternative to a belief in God is well developed in Scandinavia. The welfare state with its focus on education for everyone, health and social services, judicial system and other welfare services work so well that religious belief and connection have become less relevant. The welfare state offers secular alternatives to what previously was the responsibility of religion," Urstad says.

Nevertheless, many of those who do not have a religious belief here in Norway are still members of the Church of Norway and use the church for ceremonial events.

"The church is important as a bearer of traditions, even for the non-religious people. However, their interpretation of the tradition is different. They view the church as a secular arena for confirmation and other rites of passage such as baptism, weddings and funerals. To them it is not about religion but tradition. They are fine with the priest having faith, but they are just following tradition," Urstad says.

There are a lot more men than women in the non-religious part of the populations in other countries. In Norway, however, Urstad has found that there are just as many men as women among those who are not a part of a religious community. According to the researcher, this fact is unique to Norway.

"There are still more men than women who do not have any sort of religious faith, yet in the group of people that are not a part of a religious community, it is equal between the sexes," Urstad says.

There has not been done much research on non-religious Norwegians. Urstad’s thesis shows us who they are, which social factors that can explain them and how they relate to religion.

"The non-religious people are not a uniform group, but they do have some reoccurring commonalities," Urstad says.

First of all, they are often younger men. They have a higher education, vote for political parties on the left side, and live in larger cities or close to the cities.

Second, they are often influenced by non-religious family members and close friends.

Third, everyone relates very differently to religion and themselves being non-religious.

From indifferent to opposed to religion

Those opposed (antagonists) are very critical of and negative to religion. For example, they are strongly opposed to having an official state church, and have no problem expressing negative views on Christianity and other religions.

"While those who are opposed are often passionate, religion is not an important theme at all for the indifferent group," Urstad says.

On the opposite side is a group that is very interested in religion and love to discuss religious matters.

"This group is critical of religion, but it is still passionately interested in discussing religious matters. Many of them are teachers," Urstad says.

The atheist outlook on life

The Brit Richard Dawkins and his book The God Delusion (2006) is often considered the start of New Atheism, an anti-religious movement where names like Sam Harris and the late Christopher Hitchens (1949-2011) are prominent. Urstad, however, is consciously talking about non-religious people and not about atheists or new-atheists in his thesis.

"Atheism is a delicate and loaded word. Atheism and New Atheism constitute an outlook on life and is a denomination in that respect. My thesis is about the non-religious people’s view of themselves and also what they believe and how they relate to their non-religious attitude," Urstad says.