UiA student Jørgen Fone Pedersen (29) was offered a job at CERN in Geneva before completing his master’s degree. The mechatronics study has come in handy in the new everyday work. 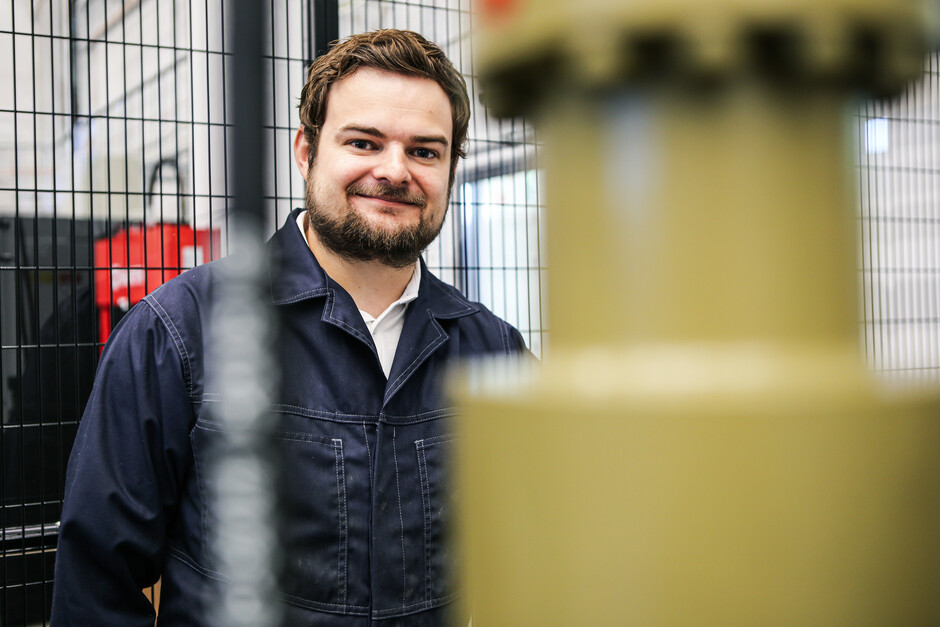 As a recent master’s graduate at UiA, Jørgen Fone Pedersen (29) was offered the position of project engineer at the prestigious CERN in Switzerland - an organisation that focuses on particle physics research.

“This is a large research organisation. I have long dreamed of working in a place where the opportunities are as great and exciting as at CERN”, says Jørgen Fone Pedersen.

CERN is a European research organisation whose purpose is to promote research cooperation between European states in elementary particle physics, nuclear physics and nuclear chemistry. 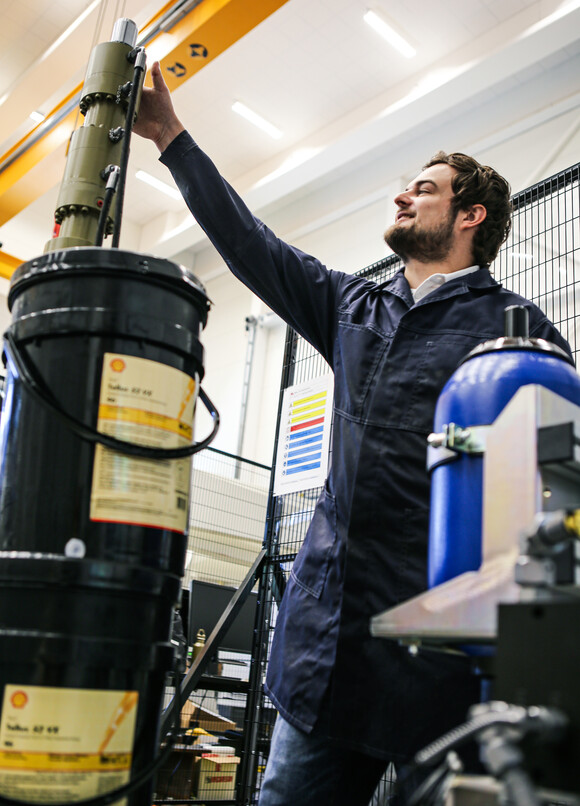 Here, Fone Pedersen shows a test rig at Mechatronics Innovation Lab at UiA. This was part of his master’s thesis in mechatronics. The rig simulates a leak in a hydraulic cylinder, and data from sensors can be used to predict when a leak will occur in a real application.

Offered job as a project engineer

The 29-year-old from Gjerstad in Agder has a bachelor’s degree in mechanical engineering design. After a few years employment, his interest in programming and sensors increased. So he started the master’s programme in mechatronics at the University of Agder in 2019. The goal was to gain greater academic skills.

Already in mid-May this year, he was offered a two-year position as a project engineer at CERN, just ten days before the submission deadline for his master’s thesis in mechatronics.

“I am passionate about the research done at CERN. My initial plan was actually to write the master’s thesis there, but that didn’t work out. Then they asked if I would apply for a fellowship position with the responsibilities of a project engineer”, Fone Pedersen says.

A fellowship at CERN is a paid professional project position for graduating students, lasting between two and three years. This often involves participation in various research projects.

From robots to underground cavern

Jørgen Fone Pedersen started his new job in Geneva this summer. Since then, he has had his hands full.

One of the things he works on is the Compact Muon Solenoid (CMS) project. The CMS project currently involves around 5,000 researchers and engineers from 50 different countries. The aim is to detect particles in the world’s largest and most powerful accelerator, the Large Hadron Collider. UiA has been a partner in the project since 2020. 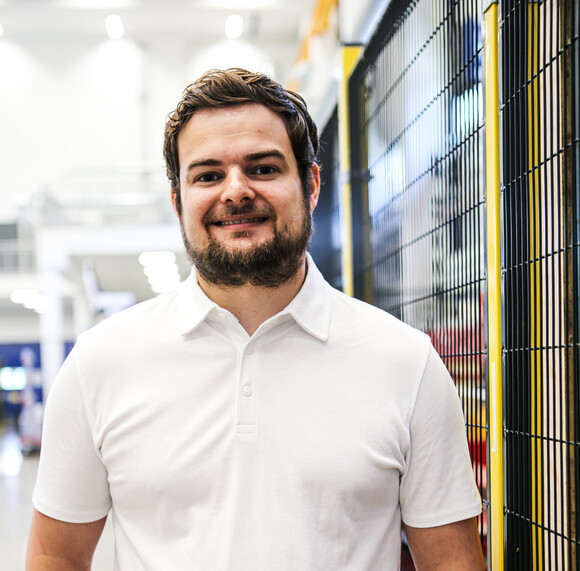 Jørgen Fone Pedersen completed his engineering degree in mechatronics at the Faculty of Engineering and Science.

Fone Pedersen works on developing an inspection robot to be used in an underground cavern 100 metres underground.

“No people can enter the underground cavern while the particle accelerator is running, due to the radioactive radiation, but the robot can  inspect it during experiments”, he says.

Fone Pedersen emphasises that the master’s programme in mechatronics from the University of Agder has been particularly useful here.

“The MIL lab had a fantastic programme and access to all the equipment we could dream of. The projects I find useful in my everyday work were the most fun”, he says.

Another of his tasks at CERN is to develop designs for a new data centre.

According to Lars Tore Rødne, project manager at CERN, you can come a long way with a good CV and enthusiasm if you want a job in the organisation. 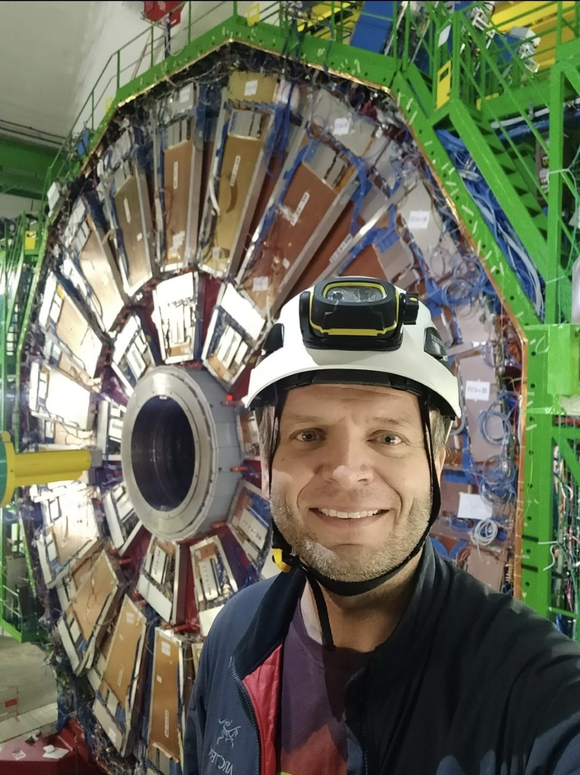 Project manager at CERN, Lars Tore Rødne, in front of the CMS detector 100 metres underground in France, which is one of several member states of CERN. Photo: Private.

“We liked Jørgen’s CV when he applied to CERN last autumn, and UiA had recently become a partner of the CMS collaboration. We see that new graduates are very eager and innovative. They often see things from a slightly different angle, and this can lead to technological advances which CERN is completely dependent on”, he says.

Rødne himself started his career at CERN in a position as technical student while pursuing his bachelor’s degree at the University of Agder. When he graduated in 2015, he was offered the opportunity to continue in the organisation.

CERN as an organisation is committed to developing young talents and researchers for the future.

“One way to look at it is that we give students further education, experience with state-of-the-art technologies and international experience. Every year, the member states of CERN pay large sums towards CERN’s research, and the experience and network of contacts these young people acquire can be seen as a benefit for the member states”, says Lars Tore Rødne.

Are you a former or current student and find this interesting? According to Rødne, CERN is looking for more graduates as well as current students from the University of Agder.

Some of the benefits of writing a bachelor’s or master’s thesis while employed as a technical student at CERN: