International awards for research at UiA 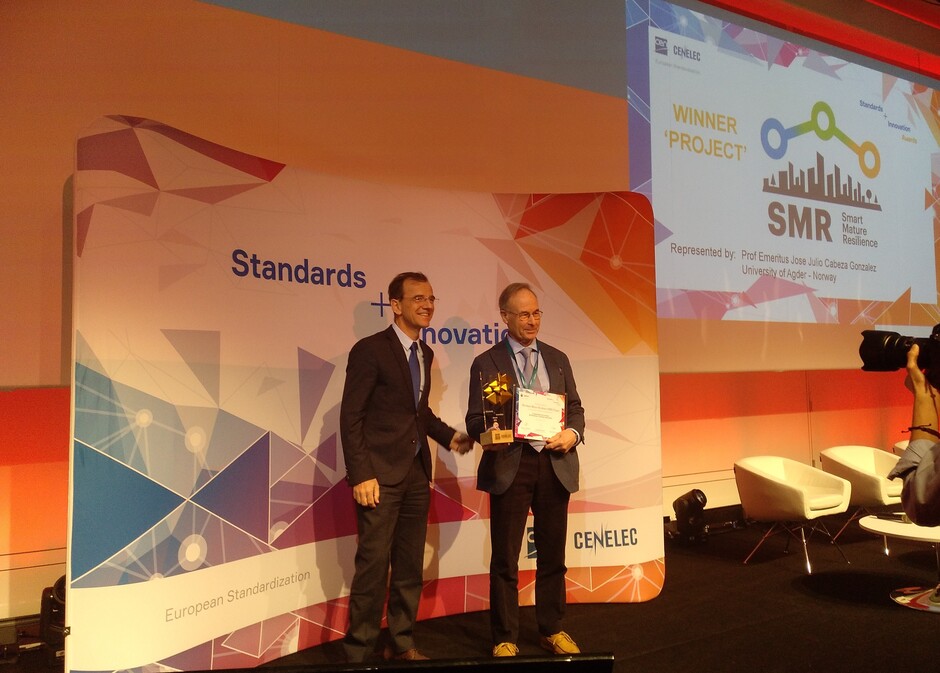 “This is a recognition that the work we do is at a high international level. The awards are prestigious and will promote us to a number of new cooperation partners”, says Professor Emeritus Jose Julio Gonzalez.

The Centre for Integrated Emergency Management (CIEM) has previously been awarded a prize for best website and received great evaluation from the European Commission. Gonzalez himself was awarded the King’s Medal of Merit earlier this year, and now the research centre has received another two innovation awards.

The awards were given to the Smart Mature Resilience research project, which ran from 2015 to 2018.

The project receives an award for having developed innovative ways for cities to deal with terrorist attacks, floods and disasters. The researchers have developed a handbook for the EU providing guidelines for the most important measures a society can take to reduce its vulnerability and recover from disasters. They have also contributed to the European standardisation process at workshops organised by CEN Workshop Agreement. 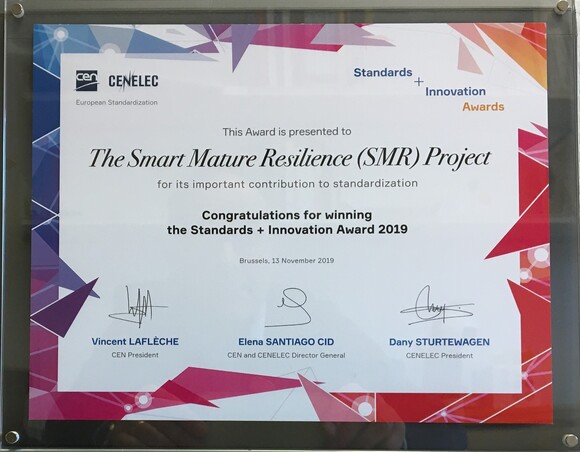 Horizon 2020 is the largest EU programme for research and innovation, and it has run for seven years, from 2014 to 2020.

Gonzalez established the Centre for Integrated Emergency Management in 2011 and led UiA’s research on the award-winning project. On behalf of the project, he himself accepted the most distinguished innovation prize.

More than 300 delegates attended the conference, most of them from Europe, but also some from the US and Asia.

CIEM’s research partner in Germany, ICLEI, has on behalf of Smart Mature Resilience received the first prize for the development of an innovative and effective security system. The prize was awarded in Berlin by the German Institute for Standardisation, DIN.

Looks good on the resume

Gonzalez says the awards make the Centre for Integrated Emergency Management appear attractive as a partner. New groups and organisations have expressed an interest in cooperating with the UiA Centre.

“With such awards on our resume, it is obviously easier to be noticed when writing new applications for international research projects”, Gonzalez says.

There were incidentally 50 other applicants at them time when the Centre for Integrated Emergency Management applied for and received the EU Horizon 2020 project to develop Smart Mature Resilience in the period 2015-18.