Impressed with UiA’s inclusion and innovation

Minister of Education and Integration Guri Melby was particularly impressed with the innovation of Mechatronics Innovation Lab and the inclusive buddy scheme when she visited UiA. 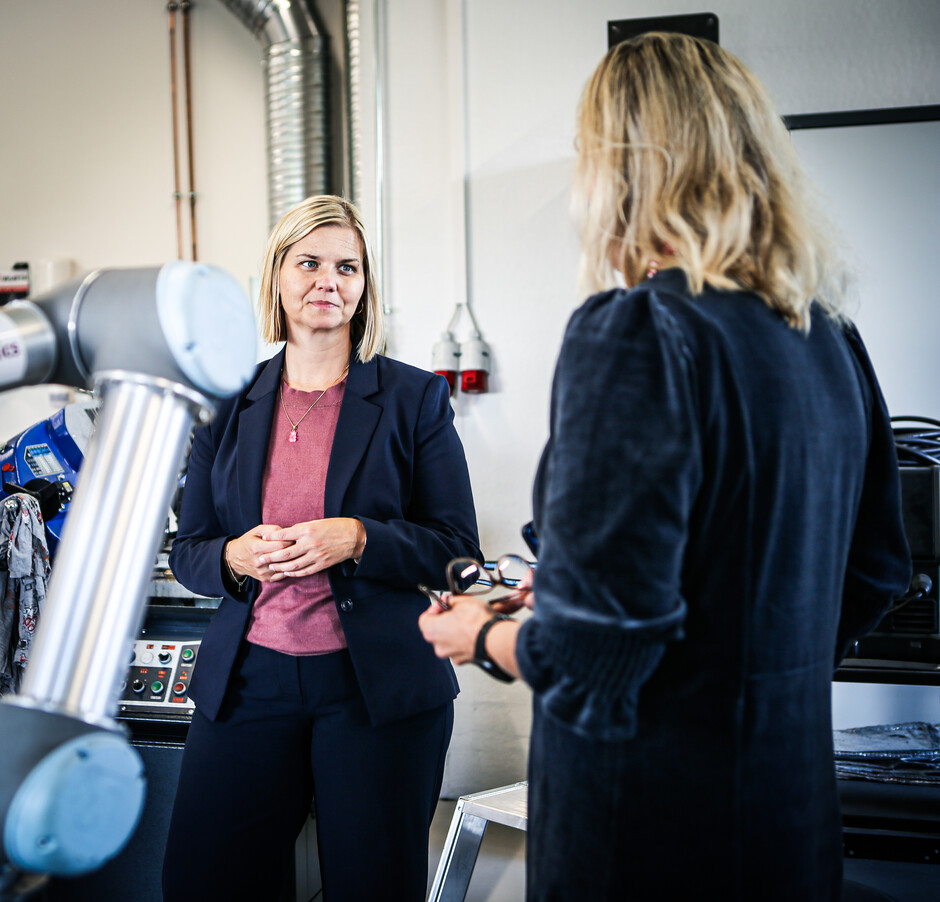 “I think the students have been hardest hit. Therefore, I hope we can care for them even better this year to ensure they have a normal student life”, says Minister of Education and Integration Guri Melby.

The minister visited UiA’s Campus Grimstad this week. Melby was first given a tour of campus by Rebekka Langseth, leader of the student-led buddy scheme  in Grimstad. Later she was given a tour of the Mechatronics Innovation Lab (MIL) by CEO Lene Merethe Liodden and Chief Technology Officer Morten Kollerup Bak. 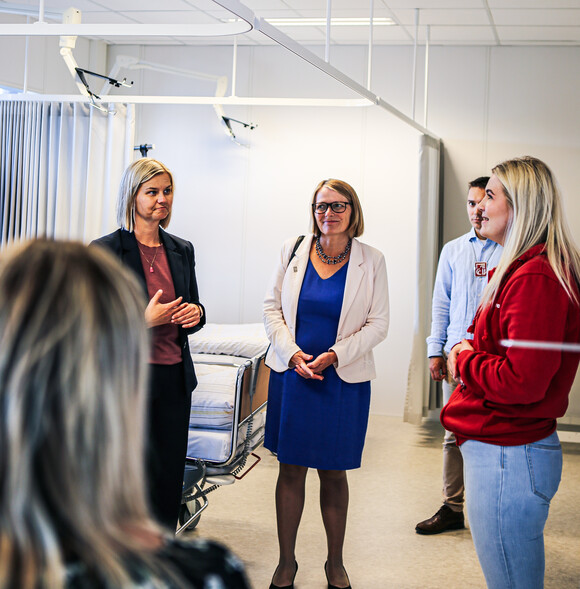 Together with Rector Sunniva Whittaker (centre), leader of the buddy scheme Rebekka Langseth (right) gives Minister Guri Melby a tour of Campus Grimstad. Here, Langseth explains what the social education students do during the semester.

Minister Guri Melby remembers well what it was like to be a student 20 years ago. At that time, there were no social schemes such as the student-led buddy scheme at the university. That is thy the student buddies (faddere) Rebekka Langseth and Lina Regevik made a special impression.

“In the long run I hope this contributes to more people completing their degrees and that fewer students struggle with their mental health”, she said.

Melby thinks the time as a student is a social and good time in many people’s lives, but that being a student can also be hard. She praises the student buddies for their contribution to a better university experience and for ensuring that less people feel lonely.

“Being a student is about more than just learning. You discover yourself and build networks. But students also experience stress and pressure at exam time. The fact that student buddies help new students settle in is incredibly nice”, Melby said.

“Many students come straight from secondary school or have been at home during the pandemic. Others come from out of town and have no network here. It is important for us to ensure the new students build positive relationships at the start of their studies, but also that they contact their buddy should there be any issues”, Langseth said.

On the tour of the Mechatronics Innovation Lab (MIL), an enthusiastic government minister was shown interactive robots, 3D printers and innovative machines. 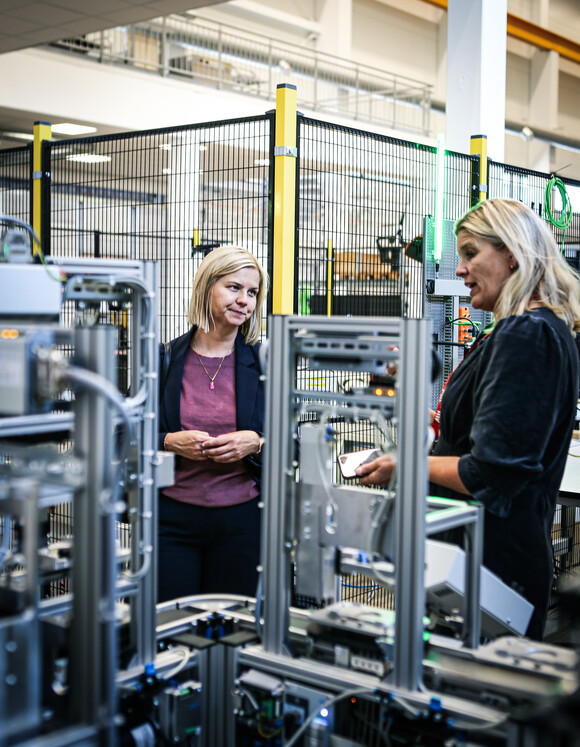 Here, CEO of MIL Lene Merethe Liodden explains to Minister Guri Melby the various technological tools; from self-propelled robots to 3D printers that can produce a variety of materials and products.

“These are good examples of what technology can help us with. It is good to know that there is collaboration with the business community, and that even more people see the potential that lies in using robot technology, automation, and artificial intelligence”, Guri Melby says.

Melby highlighted the innovation lab on Campus Grimstad as a good example of companies that can contribute to more opportunities for Norwegian business.

“Automation in industry doesn’t have to mean fewer jobs. This may lead to more companies producing more in Norway, which will create more jobs”, she says.

CEO Lene Merethe Liodden is pleased that the minister acknowledges the innovation work they do, as well as the interdisciplinary collaboration between students and business and industry.

“It is very important that the government knows what we are doing, and that we have them on our team. Not least to promote the region, but also to give opportunities to companies and support innovation”, Liodden says. 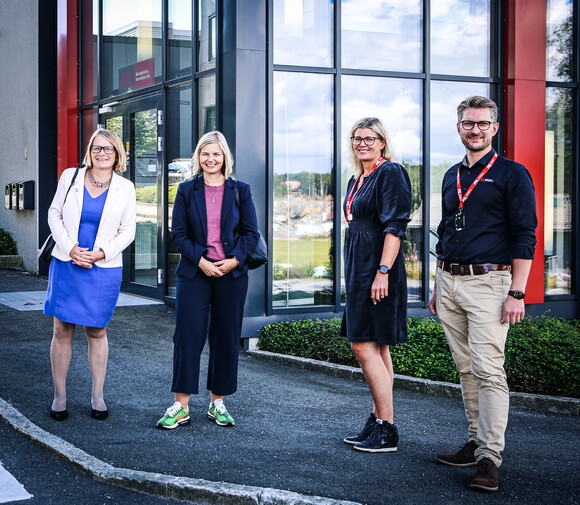 To be able to show the minister the creative opportunities the university in the southern part of Norway has to offer, was especially important to Rector Sunniva Whittaker.

“We are always happy to receive politicians, to give them a better understanding of the distinctiveness of our university and the opportunities we offer. We are proud to be able to showcase the MIL lab, which is unique in an international context”, Whittaker says.

She is also pleased that the minister took the time to meet with students.

“They are our future, and it was very gratifying that the minister saw that perspective now during welcome week”, rector says.