“To ensure diverse fish stocks, we should enable the safe passage of fish past the power plant turbines”, says Tormod Haraldstad. He has a doctorate in coastal zone ecology. 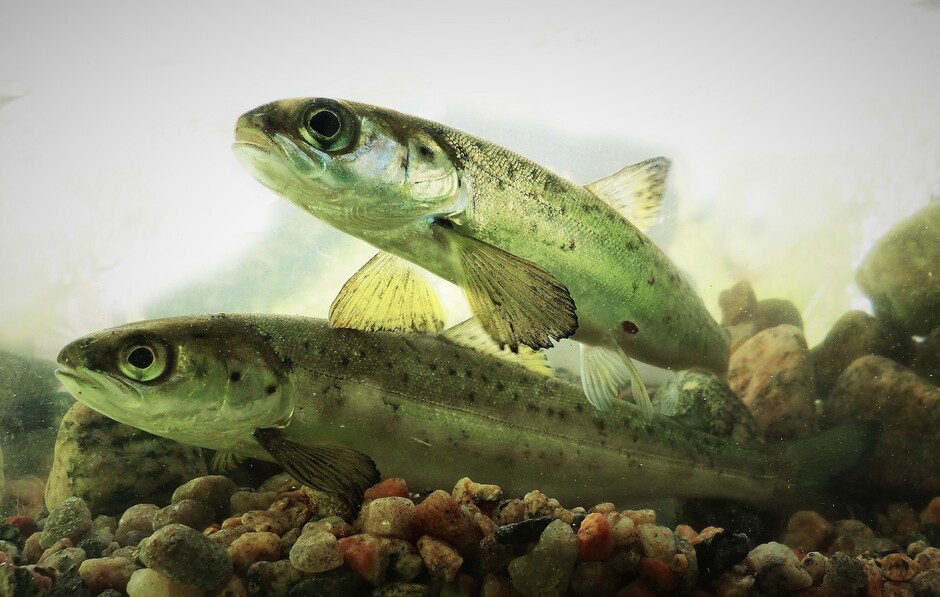 Guiding the smolt safely towards the sea can be expensive for the power plant, but it will not affect the power production. It helps maintain salmon and sea trout populations in regulated rivers, and we take care of the trait variation that give fish the opportunity to adapt to new challenges.

In order for salmon and sea trout to complete their life cycle, they are dependent on reaching the feeding and spawning grounds in the rivers. Equally important is it that the spawning fish and not least their offspring, the smolt, can migrate safely down the river and into the sea.

But structures such as hydropower dams make it difficult for fish to move up and down rivers.

“Many of the river power plants in Southern Norway were built at a time when acid rain had eradicated all salmon stocks. Therefore, it was not a priority to secure fish migration. Now that we are liming rivers and acid rain has been reduced, new fish populations have been established making the problem relevant again”, says Tormod Haraldstad.

He recently defended his doctoral thesis at the Faculty of Engineering  and Science at the University of Agder (UiA). Haraldstad has been a PhD research fellow at UiA and the Centre for Coastal Research, while his doctorate is funded by Agder Energi, the Norwegian Environment Agency, and the Norwegian Institute for Water Research. 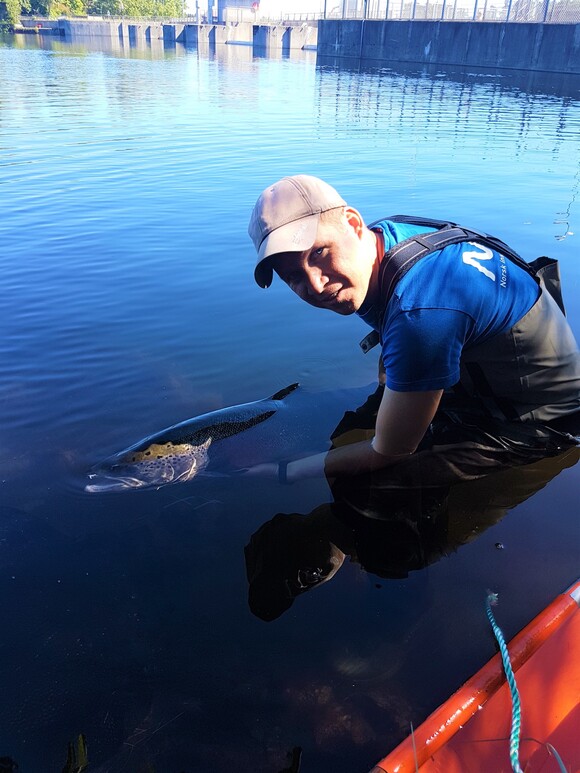 Tormod Haraldstad has completed his PhD degree at the Faculty of Engineering  and Science at UiA. He works as a researcher at the Norwegian Institute for Water Research, which he has done throughout his doctorate.

Fish ladders have been constructed in many rivers to assist the upstream movement of fish. But not much has been done to ensure that the smolt makes it safely back out to the sea. If no measures are in place, these fish easily end up in the power plant turbines, where many die.

“Some smolts get through unscathed, but many die in the turbines. The smaller they are, the greater the probability that they will survive the journey through the turbine”, says Haraldstad.

Predatory fish that feed on smolts live in the zone below the turbines. But here, there is no advantage to being small, since smaller smolts are easier to catch than the larger ones.
“Small body size can be an advantage when passing through a turbine, but when it comes to protecting yourself from predatory fish, the larger fish have an advantage. Such an evolution will lead to fewer fish in the stock over time, and the fish will not be well enough adapted to the environment in the river”, says Haraldstad.

While it is important to facilitate salmon and sea trout migration, hydropower is valuable to society as a renewable energy source. In his doctoral thesis, Haraldstad looked at how the two can co-exist.

It turns out that existing hatches in older hydropower dams can lead the smolt safely down the river.

“The smolt follows the main current towards the water intake of the hydropower station. If we release sufficient water through the hatch next to the inlet, the smolt will use the hatch. If too little water is released, or if the hatch is placed too far away, it doesn’t work”, says Haraldstad.

“The river temperature can be used as an indicator for when smolts start to migrate in the spring. This makes it possible to fine-tune the hatch maneuvering to coincide with the smolt migration, but still maintain high power generation”, says Haraldstad.

He points out that following spawning, the fish migrates down the watercourse, often in late autumn and in the spring before the smolt migrates. Therefore, it is important to have good knowledge of fish migration for such solutions to work optimally, for both the fish and the power production.

At some power plants, the fish can choose different migration routes. They can either swim through the power plant turbine or take the safe route around. But the choice of route is not random. When the same fish is released several times, it chooses the same route again.

“I think the choice is partly influenced by the fish’s behaviour pattern. You could call it the personality of the fish”, says Haraldstad.

To find out more, he mapped the activity pattern of a selection of salmon smolts and found clear differences in activity levels between the individuals. The most active found the safest way to the sea most easily.

Is it not tempting to just let natural selection run its course and end up with a population full of active individuals?

“No, that is not a good solution over time. There is actually a good reason why these differences in behaviour patterns exist in nature. The diversity make the population resilient to many of the challenges fish face both in the river and sea. It is this variation we want to preserve”, says Haraldstad.