Researchers from the EU and UiA look at old European conflicts and see how they are portrayed today. The aim is to help children and youth coexisting more peacefully in the future. 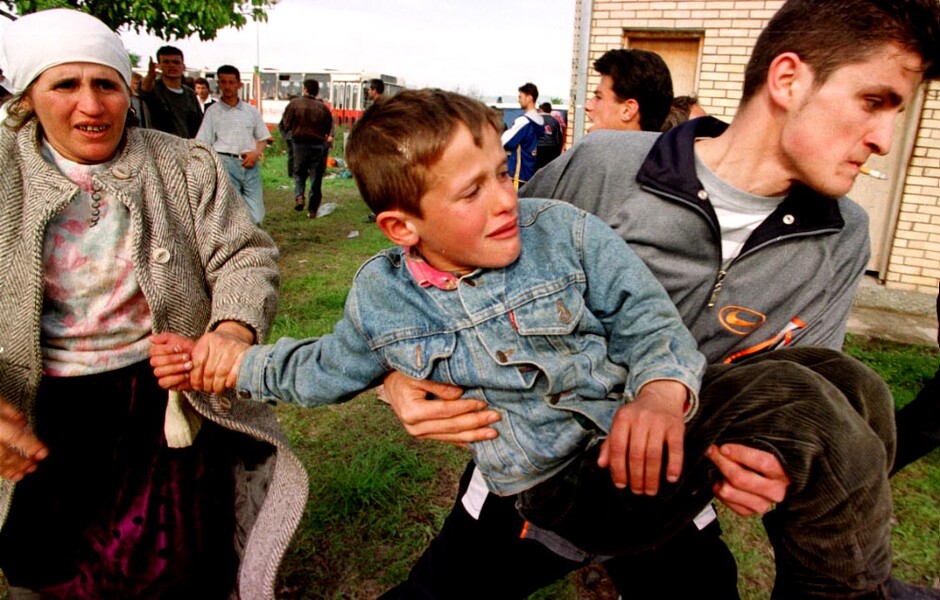 FROM THE WAR ON BALKAN: The research project aims to help the next generation of children and adolescence to mature into adults with greater insight into how dangerous conflicts of the past can be in forming new conflicts than their parents knew. The image above is showing refugees during the war in Yugoslavia in 1992 – 1999. (Foto: Scanpix)

"After each one of us have been working on separate themes for half a year, the project is now really starting to take shape. This strengthens our belief that we can bring forth new knowledge through research that can lead to better integration in Europe in the long term," Kenneth Andresen, professor at UiA’s Department of Nordic and Media Studies, says.

Recently, he came back from the first biannual meeting of the Horizon 2020 project RePAST in Brussels, a three-year project which the European Commison supports with 2.5 million Euro. The project focuses on how old conflicts in Europe irregularly flare up again and lead to the people affected by them being even more seperated than included. 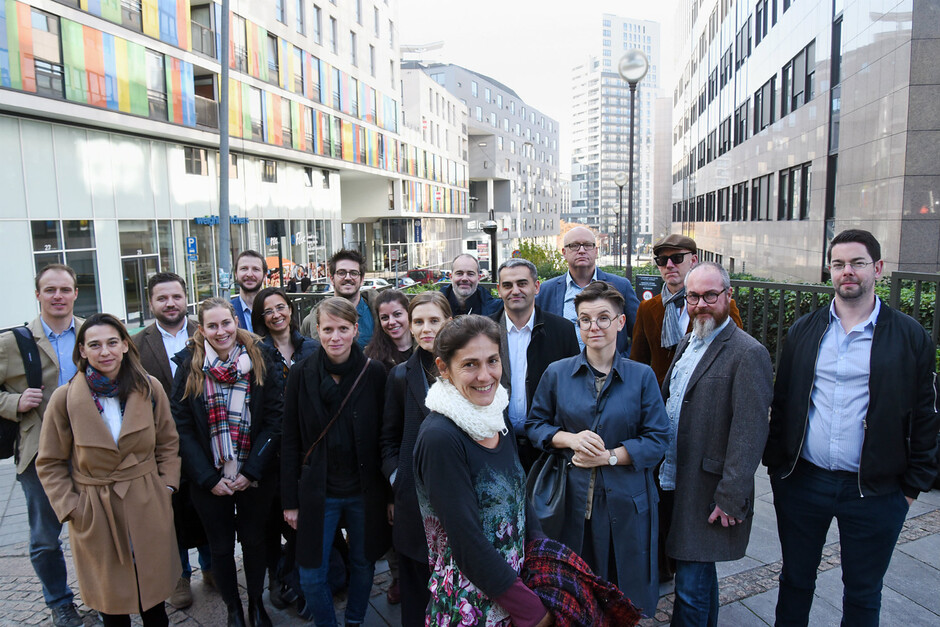 The conflicts of the past today

The Europe-wide research project was established by the initiative of Kenneth Andresen and UiA, together with the researcher Abit Hoxha from Kosovo. It consists of 26 researchers from eight countries, as well a large expert group of diplomats, EU bureaucrats, former UN workers and people who have experienced internal conflicts in their countries.

Together, they will look closer at how conflict discourses rooted in the past reappear, are used, affect current conflicts and how this affects the European integration that is a central element of the idea of a joint EU.

And not least, they are interested in how children and youth today can be influenced by such discourses. 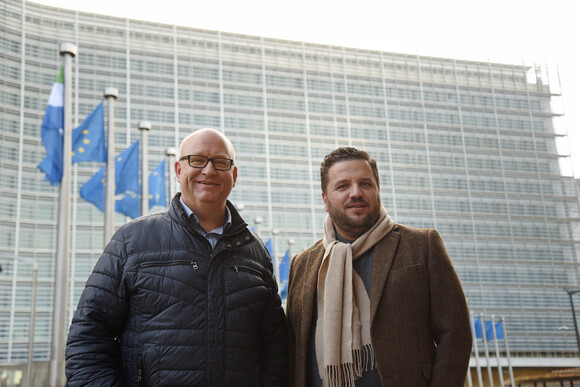 ISPIRED: Professor Kenneth Andresen from the University of Agder (right) and researcher Abit Hoxha from Kosovo came up with the idea for the project. Here they are in front of the EU commission’s building in Brussels.

"In short, we wish to look at a number of aspects regarding how the past is displayed nowadays and further brought in to the future. We do not do this to create a joint understanding of the past, but to create better conditions for understanding the past and how it divides and unites us. And not least, we want to do it so the coming generation can see that past conflicts does not always have to contribute to creating conflicts today," Kenneth Andresen says. 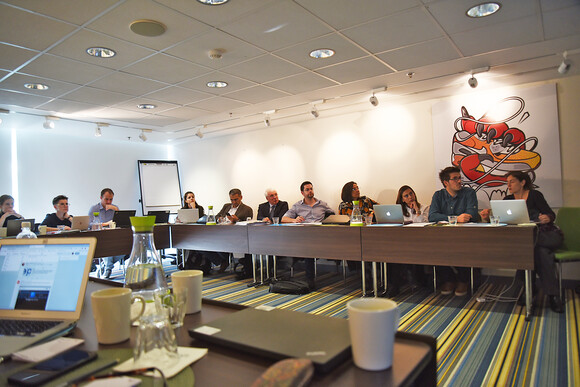 COOPERATION: From the meeting in Brussels.

An especially strong example of how old conflicts are reused, is Bosnia and Kosovo and what used to be Yugoslavia. The sides in the 1991 to 1999 war used hate rhetorics against each other dating all the way back to Middle Ages. About 300,000 people were killed in the conflict, and more than 1,000,000 people

"This example shows how bad it can get. And it underlines how important it is that it does not happen again. Therefore, our goal is to investigate how European societies today handle the stories of conflicts from the past. How do these reappear from the past and affect unity and integration in Europe today? Our research will not solve everything, but it is a contribution to more knowledge and increased understanding that might lead to a more positive change," Kenneth Andresen says.

An idea from working in NATO

Researchers from Greece to Norway are involved in the project that was developed from an idea to a project by Kenneth Andresen together with Senior Adviser Hilde Inntjore from the university’s Division of Research Management. Andersen got the basic idea already in 1999 when he was in Kosovo as a press officer for NATO.

"To me who was then doing journalism work, it was very apparent how all sides of the conflict brought up stories of old injustices to justify portrayals of what was currently happening. This applied to media, politicians and others. If it could work somewhere, then relatively old matters, which many would believe would be worthless today, were brought up and used for what they were worth. This way, the image of the enemy was made clearer, and hatred was established and given reason," he says. 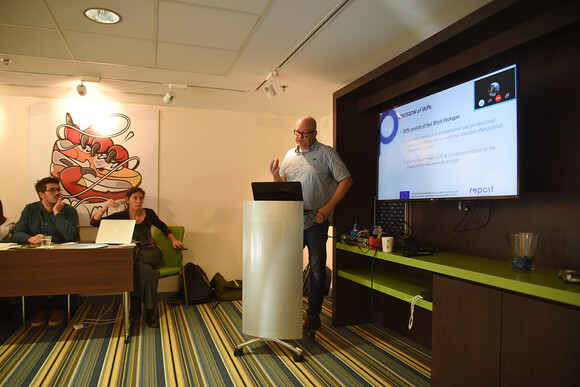 PRESENTING WORK PACKAGES: Professor Kenneth Andresen and the other participants presented their individual projects to each other when they met in Brussels recently.

"My curiosity for how this could have happened and how it could influence children and youth who grew up with this started there."

After his service in NATO, Andresen continued to work with journalistic themes in Kosovo, as both a teacher and a researcher. The work led to a doctoral thesis in 2015 which focused on the history of the journalistic development in the Balkans, focusing especially on the daily work in journalism and its potential in Kosovo after the war there. 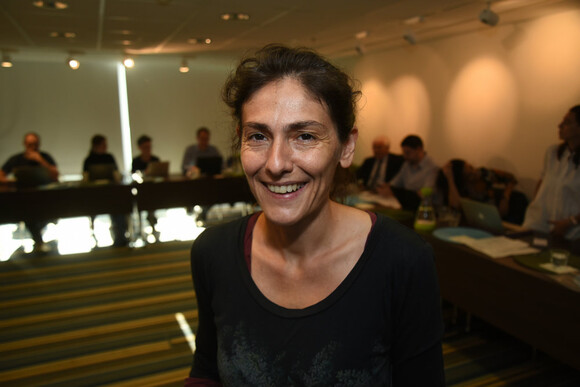 EXCITING AND IMPORTANT: - It's an interesting and exciting project with an important theme, says project manager Dimitra L. Milioni from Cyprus University of Technology.

Only after the doctoral thesis had been submitted, did Andresen start thinking again about the idea of how and why old issues almost always reappear and increase divides in growing and ongoing conflicts. He was joined then by the researcher Abit Hoxha from Kosovo, whom he has gotten to know through stays and work in the country. Hoxha is currently connected to UiA’s Department of Nordic and Media Studies. Together with UiA’s Division of Research Management and Hilde Inntjore, he and the international research consortium created a proposal for funding from the EU’s research programme Horizon 2020.

"I have to say, without administrative support and the Division of Research Management’s knowledge of the possibilities in the EU system, this probably would not have happened, at least not from our side. The help we received was completely necessary for discussing the idea, developing the project and submitting a proposal," Kenneth Andresen says.

26 researchers from 16 universities across Europe

Through the collaboration with the university’s Division of Research Management, it also became apparent that the project would benefit from being led by someone other than Kenneth Andresen. It had to be led by a person with more experience in leading a project than he had.

"When we put together a project group with researchers from our own and other’s networks, it quickly became clear that the project should be led by Dr Dimitra L. Milioni from Cyprus University of Technology. We asked her, and fortunately she said yes. 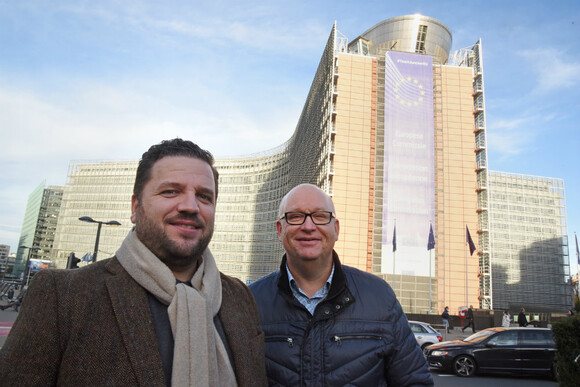 Afterwards, other researchers joined. Additionally, the Danish digital learning game agency Serious Games Interactive was included, holding a special responsibility of disseminating the results from the research project to children and youth in Europe.

The actual research work is organised in seven work packages that, including project management, is connected to each individual European university:

"At the University of Agder, we will primarily find out what role journalism and social media have regarding the past and what implications this may have for integration in the EU. At the same time, we will look closer at what role current journalism and social media have in spreading old conflicts today in Europe. This is the kind of research we are good at, and it is here we can make a difference and contribute well to the project," Kenneth Andresen says.

Will also offer advice to the European Commission

At the first bi-annual meeting in Brussels in November this year, the different work packages were presented for the gathered researchers for the first time. During spring and next year, the first partial results are expected to come from the different research packages

"It will be very exciting when the first results come. But it will be even more exciting when the project ends in three years. Then we will have a complete view and answers to many of our questions. And maybe that will contribute to children and youth being able to better coexist when their generations became adults," Kenneth Andresen says.