The Agder region is brought up as an exceptional area within eHealth in Europe. Several international cooperation efforts are now in the making. 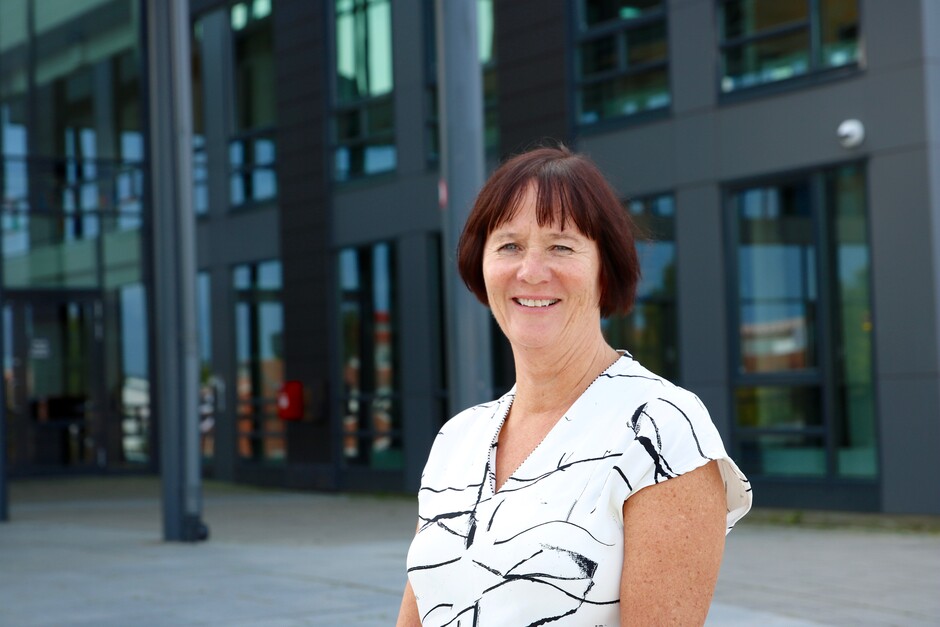 READY FOR MORE COOPERATION: “Agder is small, Norway is small, and Europe is also small. We have to get the most worth out of our money, so we have to learn from each other,” Ragni Macqueen Leifson, administrative leader of the Centre for eHealth and care technology.

“We have worked systematically in Agder by investing in welfare technology at both at the university and county level. When we started our facilities were quite unique, and having a miniature version of Norway’s health care system was pretty unique for Europe,” Ragni Macqueen Leifson, administrative leader of the Centre for eHealth and care technology, states.

The Centre for eHealth and care technology at the University of Agder (UiA) is the Agder region’s coordinating partner in the informal network European Innovation Partnership on Active and Healthy Ageing (EIP on AHA). The aim of the EU-based network is mobilising resources, expertise and experiences in order to create innovative solutions for active and healthy ageing.

One of the ways this is achieved is by awarding some regions the status as reference regions, ranging from one to four-star status. Agder is now a three-star reference region, a recognition of the region having come a long way regarding welfare technology.

“These regions are regions that others are meant to learn from.  We now expect to receive visitors and show them the areas where we have come especially far,” Leifson says.

Since the beginning in 2011, the Centre for eHealth has made a mark for itself internationally with its close cooperation with the municipalities, the business sector and academia. The Centre for eHealth’s work is also very interdisciplinary and involve everything from social scientists and realists to health researchers.

“The new public health care system is not just technology and health. It is also important to look at how everything should be organised and in what way to use the technology,” Leifson says.

Cooperation in the informal network has already led to more applications sent to the EU programme Horizon 2020, and UiA will establish a cooperation agreement with the UK national health care services (NHS 24).

“Agder is small, Norway is small, and Europe is also small. We have to get the most worth out of our money, so we have to learn from each other,” Leifson says.

More attractive as a partner for cooperation

The status as a reference region is awarded for three years, and Leifson hopes it will lead to more development and more projects. She does not deny that the recognition from the EU can help the university to have more Horizon 2020 applications approved.

“I believe that UiA already was a regarded partner, but this status makes us even more attractive for research cooperation. It makes people want to come here, and we can get even more partners,” she says.

The official bestowal of the status as a reference region, the so-called Star Award ceremony, takes place in Brussels in December. Tellef Inge Mørland, the Chairman of the County Council of Aust-Agder, and Kristina Borge, Head of Regional Development for Aust-Agder, will attend the ceremony.

The Centre for eHealth cooperates with the county councils of Aust-Agder and Vest-Agder, South-Eastern Norway Regional Health Authority, eHelsealliansen, Helsenettverk Lister, Knutepunkt Sørlandet, the municipalities of Kristiansand and Grimstad, Devoteam Solutions AS, Østre Agder helsesamarbeid and the South Norway European Office in the EIP on AHA work.