Hadia Tajik at the opening ceremony at UiA

Deputy Leader of the Labour Party, Hadia Tajik, was this year’s keynote speaker at the opening ceremony both at Campus Kristiansand and Campus Grimstad welcoming students and staff to a new academic year. 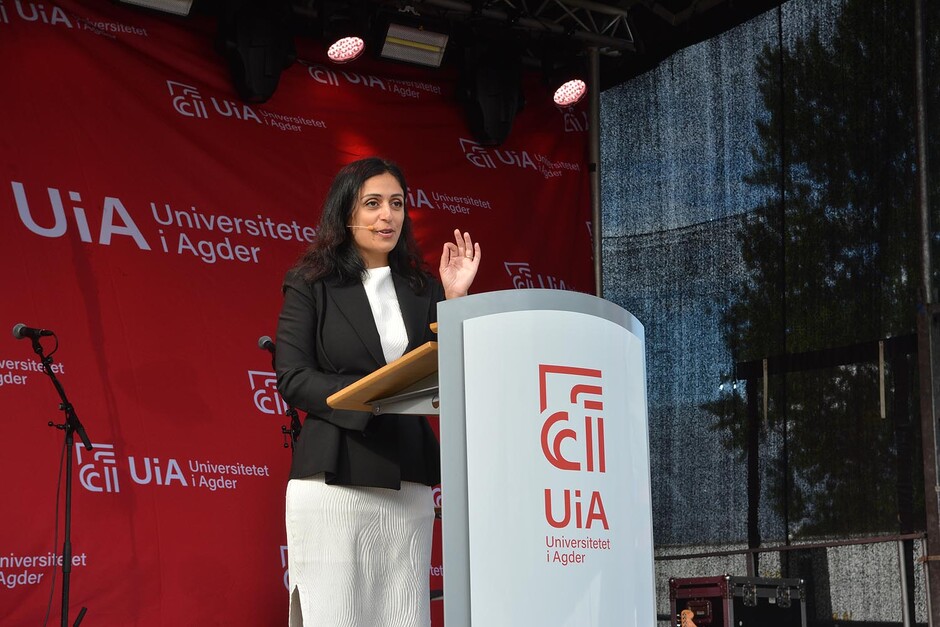 Hadia Tajik (36) has studied both in Norway and England and has been a pioneer and the youngest person to hold several political offices, she is likely to be an inspiration to many people entering higher education.

The first from Rector Sunniva Whittaker 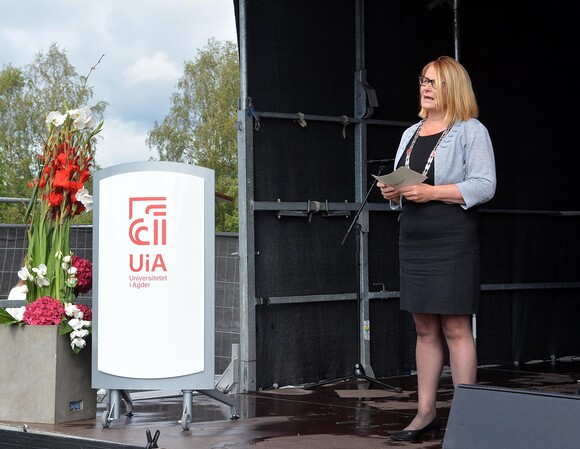 Rector Sunniva Whittaker gave her first speech welcoming students to a new academic year, with new exciting perspectives for UiA in the time ahead and inspiring the students to approach their studies and student life in the best way.

Leader of the Student Organisation in Agder, Benedicte Nordlie, focused on the most important issues the students are concerned with – and she challenged everyone to participate actively, both academically and socially.

Ahead of Hadia Tajik’s keynote speech, students from the Department of Popular Music performed. Following Tajik, the mayors – Harald Furre (the Conservatives) in Kristiansand and Kjetil Glimsdal (the Christian Democrats) in Grimstad – welcomed the students to their respective towns, before the opening ceremonies ended with more music.

The students in the band car.pool have received good reviews after they started playing together about a year ago. They play “a mixture of rock/pop and indie! The band delivers a rich live show with serious lyrics and a catchy, danceable sound “, the festival Canal Street wrote in its presentation of the band in late July.

“NINV is a songwriter and a storyteller from the North, who takes her listeners on a journey into another, deep universe. Her music is inspired by Nordic nature, fantasy and the creatures who walk upon the earth”, she writes on her artist website.

This year, the opening ceremony was moved from the lawn (Halvor Vegard Hauges plass) to the staff parking area right next to it due to construction work on campus.

On Campus Kristiansand, the event started at 09:30 with a procession followed by rector’s speech.

On Campus Grimstad, the procession with speakers and VIPs entered the lawn in front of Bluebox at 11:30.

You can follow UiA’s social media for updated photos and info:

This website will be updated with videos of the speeches and photos from the ceremonies during Tuesday (there is a small delay). Check social media for quicker photo updates. 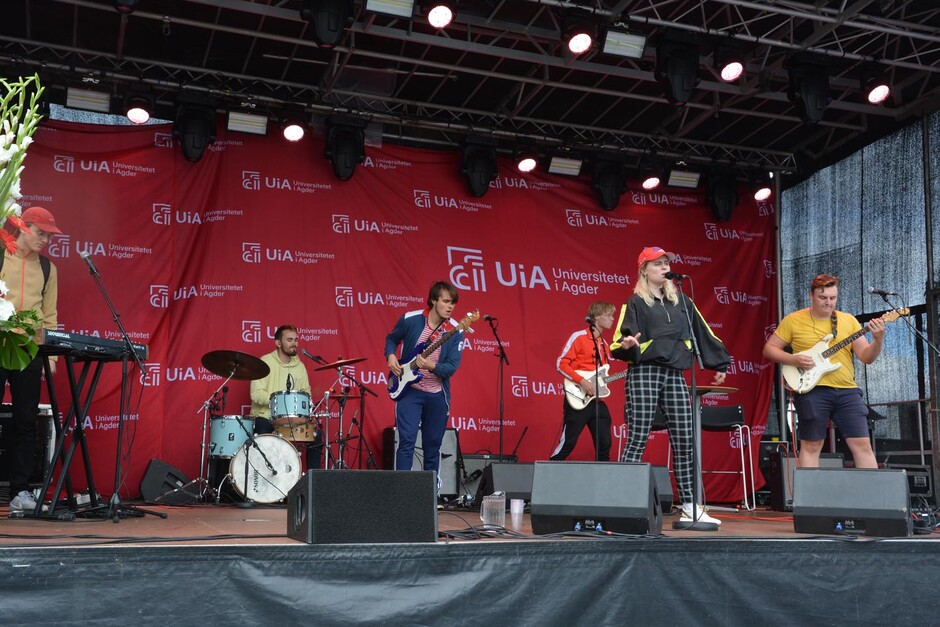 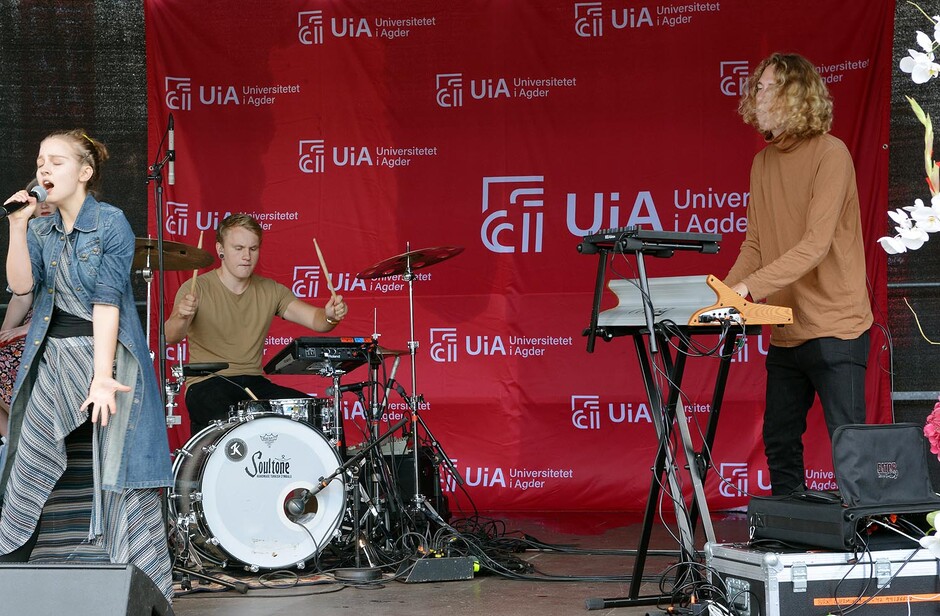 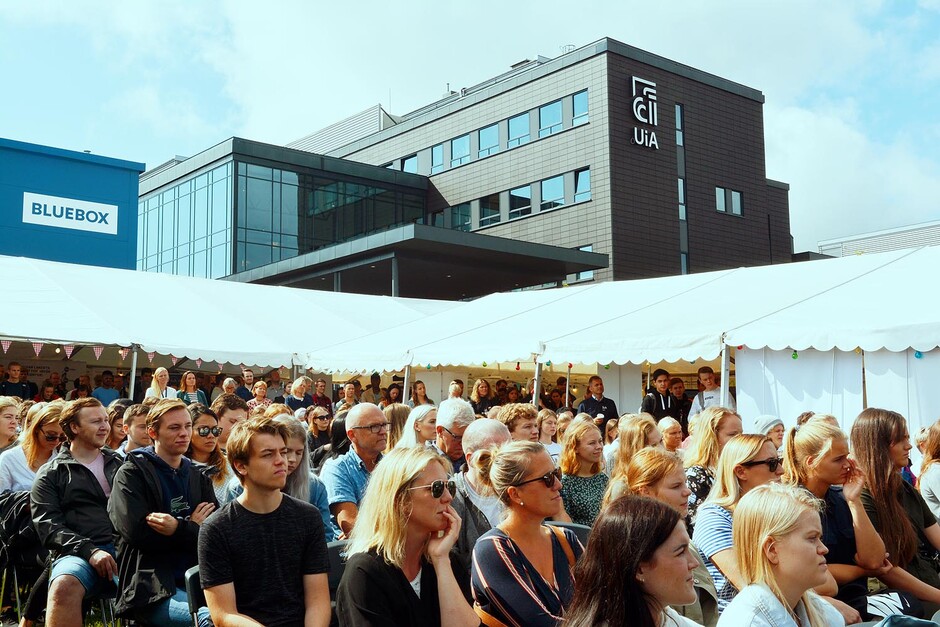 The lawn was filled during the opening ceremony, and in the tents people were ready to introduce the students to student societies and other activities. 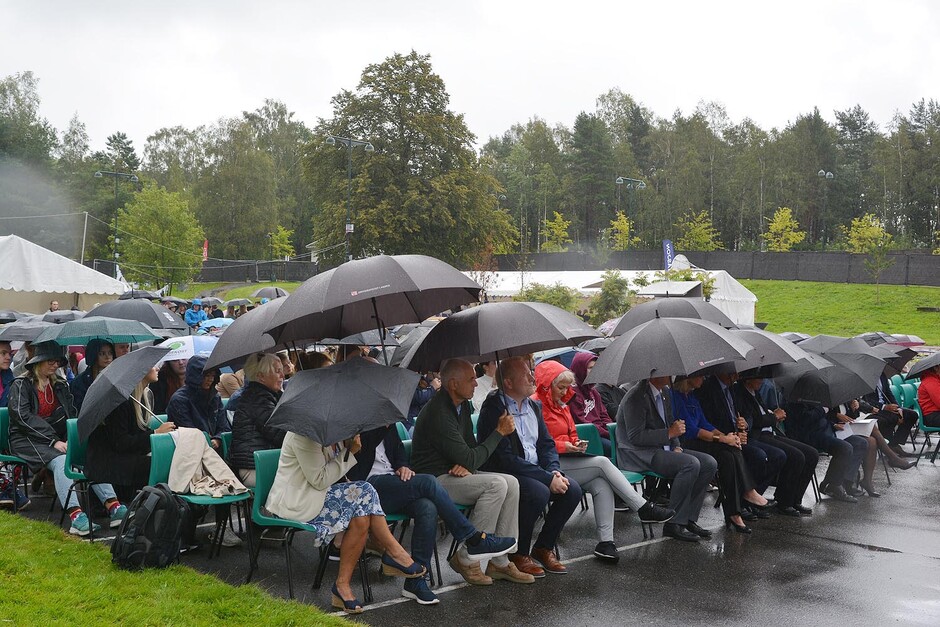 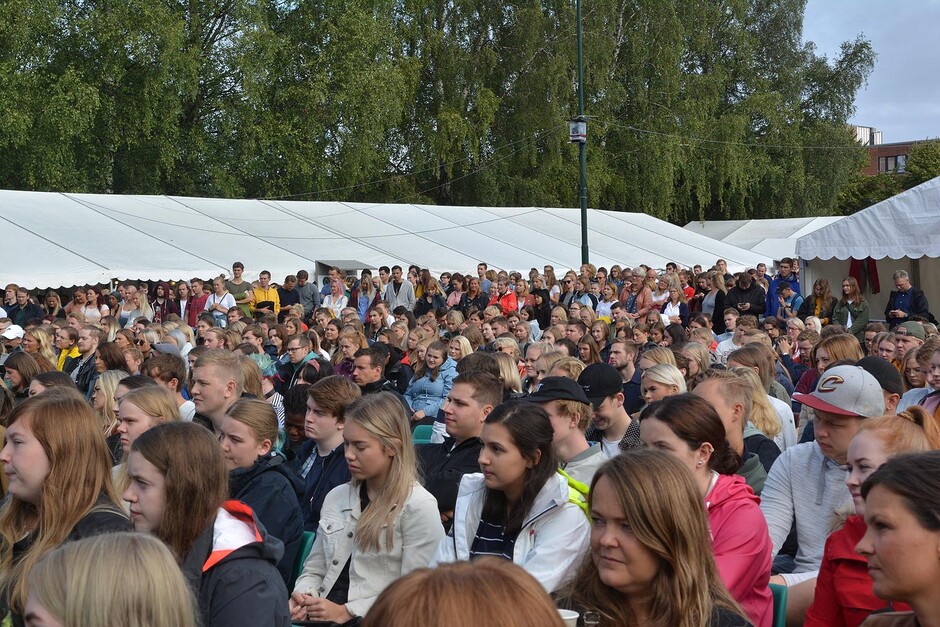 However, it cleared up after a while.