Grab a 'Skravlekopp' and get to know people! 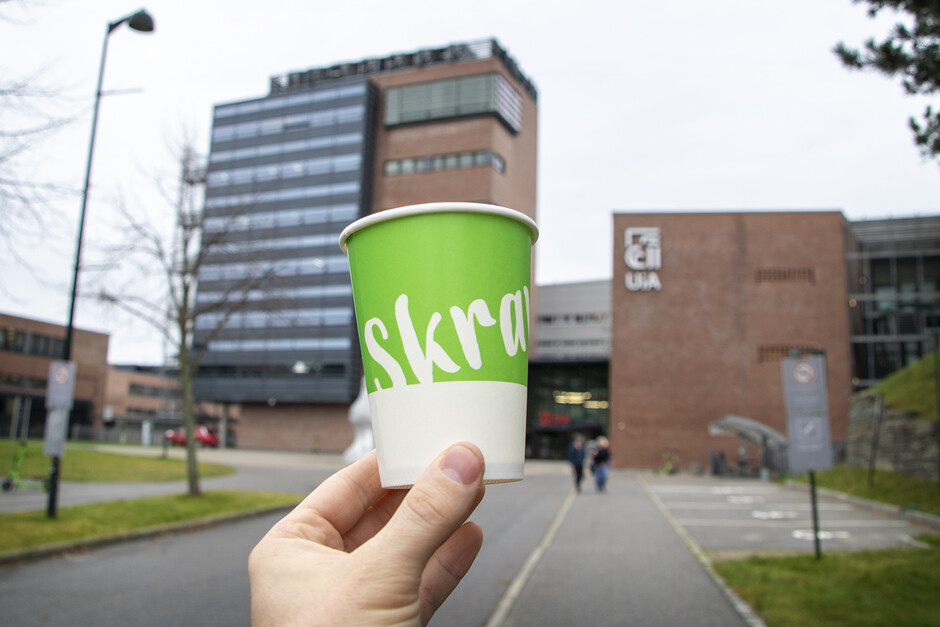 The cups look like this and are available near the coffee machines.

‘Skravlekopp’ (word for someone who talks a lot) is a nationwide project that will make it easier to get in touch with each other. The concept has already been introduced in cafés, companies and shopping centres, and now the green cups are coming to UiA.

“We want to create meeting places to socialise at the university. In the canteen on Campus Kristiansand and in Gata on Campus Grimstad, green chatter zones have been set up, where students and staff can take a green Skravlekopp. By using these cups, you signal to others that you are open to socialising and happy to strike up a conversation”, says leader of the Student Organisation in Agder (STA), Kristian Fredrik Meyer Ødegård.

Read more about Skravlekopp here (only in Norwegian) 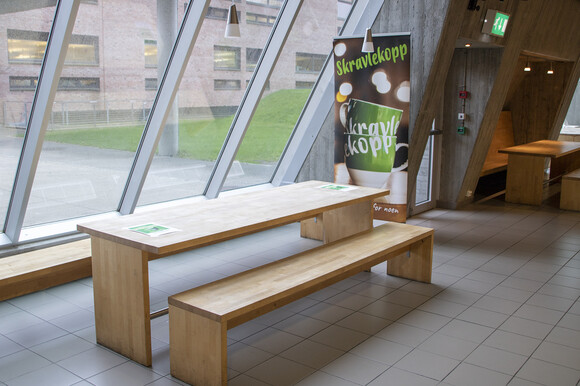 This table in the canteen at Campus Kristiansand is now a zone for socialising.

From 10 November to 10 December, ‘Skravlemåned’ (chat month) is organised as part of the ‘campus re-entry’ initiative when campus reopened after being closed due to the pandemic.

“The ‘Skravlekopp’ project was initiated by Venke Knutson, who observed two people sitting alone in a cafe. She asked them if they wanted someone to talk to, and they both did. But we Norwegians can be reserved and reluctant to talk to strangers. This is where Skravlekoppen is nice to have”, Meyer Ødegård says.

Recommended by the government

The chatter zones in the canteen on Campus Kristiansand and in Gata on Campus Grimstad will remain, even after the ‘chat month’ is over.

“This measure was recommended in the government’s public health report in 2019, and it continues to spread around the country. We hope that students and staff will use it. The nice thing about these chatter zones is that they invite you to chat, whether you want coffee or not”, says STA leader Kristian Fredrik Meyer Ødegård.