The regional research fund in Agder has given NOK 5 million to UiA's focus on how to give used electric vehicle batteries a new life as sustainable energy storage units. 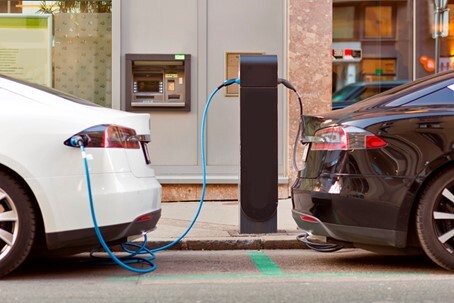 The grant is given to the research project Exploiting the potential of spent electric vehicle batteries, Electric Agder (ELAG), which will start up at the Department of Engineering Science in Grimstad later this year. The project is a collaboration between UiA and seven battery competence companies in Agder and Southern Norway. 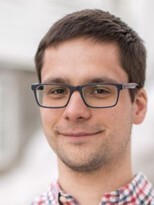 "The project is about taking spent electric batteries from EV-cars and other vehicles and giving them a new life as energy storage units for other uses. In short: sustainable reuse", says researcher Bernhard Fäßler (image), who is heading the research project.

"The use of such battery storage systems is broad and extends over the entire area from home to industrial use. Among other things, we are interested in how they can be used to reduce energy consumption from the electricity grid when this peaks both in terms of price and production, how they can act as energy support for charging stations for electric vehicles, and how they can act as off-grid storage units for cabins and other off-road vehicles."

The total project budget is around NOK 10 million, including a full-time post-doctoral fellow. The remaining five million NOK comes from UiA and industrial partners as in-kind contribution.

A second life battery is a battery that has a different function and is used for something other than what it was originally designed for. In the case of this project, it means that researchers and industry partners will give spent electric vehicle batteries a new life as stationary batteries to support the electrical network.

"If the capacity of electric vehicle batteries falls below 70-80% of the original capacity, they are normally replaced. However, these batteries are still useful, especially for stationary and less demanding functions", says the project manager.

However, not all batteries are suitable for second life due to their state of health. By developing an automated system that allows characterisation and sorting of used electric vehicle batteries according to their remaining properties, one will be able to reduce the electrical waste that such batteries constitute, and instead repurpose them.

"The process around this, and which one will now take a closer look at, is quite challenging. Among other things, it must be possible to check or replace electrical auxiliary components that enable the batteries to function in a safe and reliable manner in their new areas of use. It is also the case that electric vehicle manufacturers are restrictive in publishing technical information needed to repurpose batteries. The project will make this easier for others."

A European hub for batteries

"We also hope that the project will contribute to making the Agder region a stronger and more circular European hub for batteries, and that it will create jobs through shared technology and knowledge development. In this way, the project also supports other future-oriented electricity projects in Agder, such as the Electric Region Agder and the Eyde industrial cluster BATMAN", says Bernhard Fäßler.

Partners in the ELAG project

In addition to the University of Agder, the partners in the new research project are:

BTG AS was established in 2015 and is located at Birkeland in Agder. The company develops, manufactures, and delivers solar-powered solutions in combination with small batteries. BTG has expertise in developing battery-based energy solutions for the Nordic market.

Pixii AS (Kristiansand) is an expert in power conversion and energy storage, including modular and flexible energy storage solutions.

Elkem ASA (Fiskå, Kristiansand) produces battery materials and is active in the development project for recycling batteries. The company will contribute knowledge other life industry use case and testing.

Batteriretur AS is an approved recycling company for all categories of batteries in Norway. The company contributes with its understanding and knowledge from battery use, characterization and discharge.

Green Waves AS produces electric small boats in Tvedestrand municipality. The company has expertise in the integration of battery systems, the need profile for electric boat battery packs and the reuse of applications.